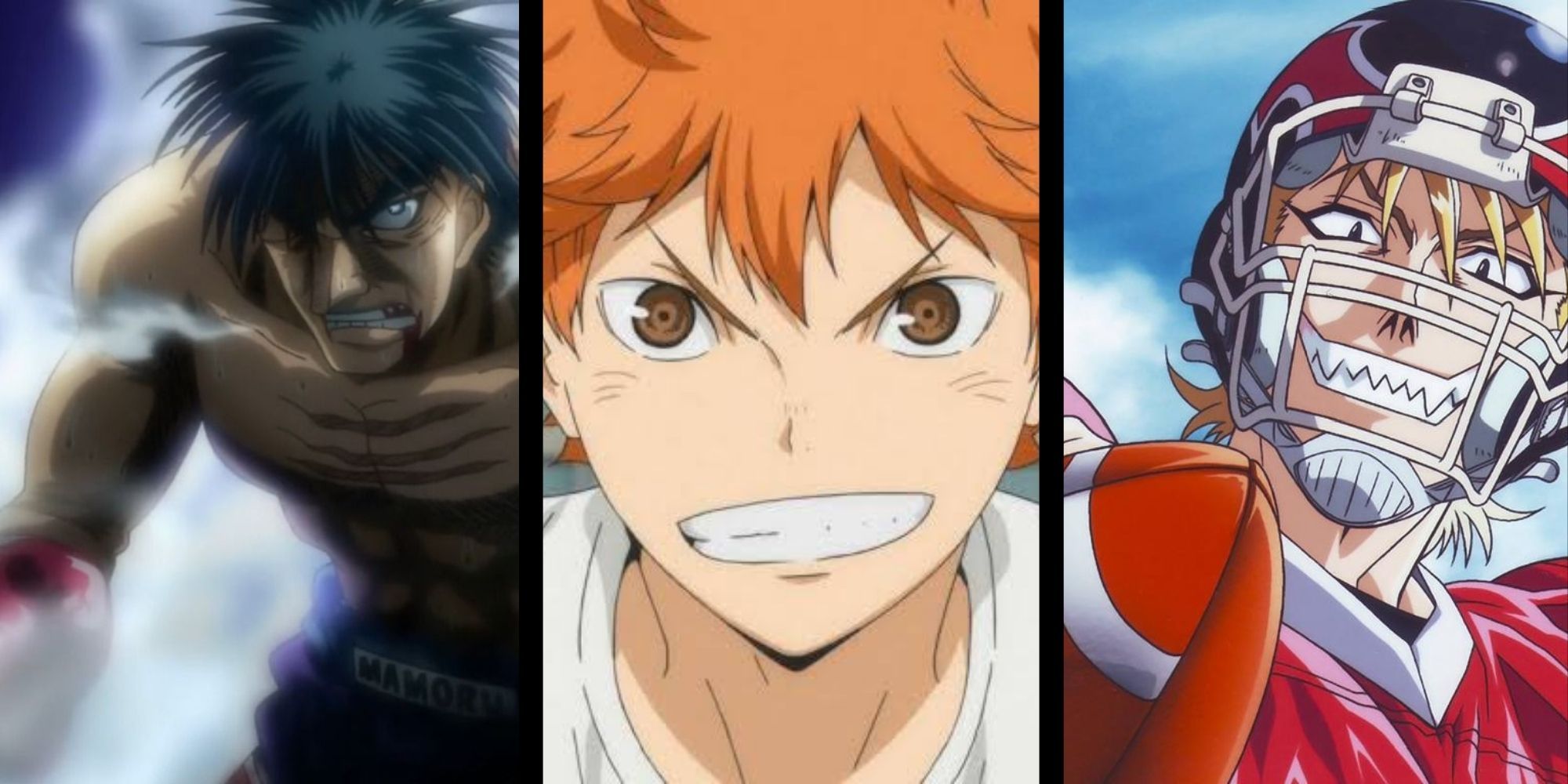 10 Amazing Anime Series For Fans Of Different Sports To Watch

One of the things the COVID-19 situation has taught the public is the importance of maintaining your physical and mental well-being. Not only does sport motivate people to stay fit, but activity involving a balance of physical ability and skill also encourages a healthier mindset.

Whether you’re a sports enthusiast or just an audience hungry for related visual aids, sports anime will be one of the most passionate and exuberant shows to watch. The focus on deep friendships, overcoming countless barriers, and light-hearted fun will inspire sports fanatics and amateurs alike to join in the fun.

Introverted high school student, Ippo Makunouchi, helps his mother run the family fishing business. His lack of a father figure in life also makes him an easy target for bullies, until one day a promising boxer, Mamoru Takamura, saves him from being a punching bag.

When Ippo is taken to Kamogawa Boxing Gym to recuperate, he impresses Mamoru and the other trainee boxers with his powerful punches and strength gained over his years helping his mother. The animated Studio Madhouse franchise sees Ippo begin his career in boxing and come across exceptional opponents with dynamic attitudes towards their craft.

The recruitment of two freshmen with colossal potential gives them hope of conquering the competition. Hot-blooded Taiga Kagami, who had just returned from America and has a natural aptitude for sports, and cold-blooded Tetsuya Kuroko, a member of the infamous Generation of Miracles who dominated the national college basketball scene. .

The main protagonist of Free! Iwatobi Swimming Club is high school student Haruka Nanase, who has been passionate about swimming since he was in elementary school. After meeting his former childhood friend, engulfed in his single goal of beating Haruka in a swim race, Haruka decides to form the Iwatobi High School Swim Club alongside his two other childhood friends, Makoto Tachibana and Nagisa Kazuki. .

The trio also recruit Rei Ryuugazaki, a former track and field team member who lacks swimming skills, to qualify for the upcoming swimming tournament. Together, they undergo an intense training regimen while simultaneously developing a deeper connection that overlooks very different personalities.

Speaking of polar opposites, two childhood best friends nicknamed Peco and Smile are members of Katase High School’s table tennis club. While Peco seems to have a knack for sports, his overconfidence makes him inactive to the point of skipping practice. Smile’s calm and gentle attitude towards the sport instead prevents him from reaching his full potential despite his innate talent.

After a former Chinese national player defeats Peco by a landslide, he is devastated and begins to wonder why he played ping pong in the first place. On the other hand, the team’s coach realizes Smile’s potential and is keen to motivate Smile to overcome his psychological obstacles.

Undeterred by his amusing stature, Shouyou Hinata enrolls in Karasuno High School after being fascinated by one of the high school’s volleyball players nicknamed “The Little Giant” and his amazing abilities in the sport.

Armed with zeal to become a professional volleyball player, Shouyou must overcome others’ prejudices regarding his less than advantageous height and learn to cooperate with his teammates. Teaming up with Tobio Kageyama, a volleyball prodigy with incredible setting skills, Shouyou proves everyone wrong with his extraordinary athleticism and remarkable enthusiasm for his game.

After losing five games in a row, East Tokyo United (ETU) fans are disappointed and are slowly turning their backs on the team. Faced with financial problems resulting from poor player hiring decisions and countless dismissed coaches, ETU turns to its last resort – Kousei Gotou, former ETU player and now coach of one of the amateur teams of the lower division of England.

Although ETU fans are unhappy with Kousei’s hiring due to his alleged abandonment from the team years ago, his unorthodox management style has led ETU to emerge from its slump despite teams with larger budgets and better players.

Besides being an LGBTQ+ friendly anime, Yuri!!! On the ice amazes both sports and anime fans with its beautiful choreography and presenting itself as a fascinating introduction to the world of figure skating.

RELATED: Animated Series That Amazes Audiences With Only One Season

Yuuri Katsuki was once Japan’s most promising figure skater until his defeat in the Grand Pix Finals. Unable to cope with his loss, Yuuri returns to his hometown in Japan but soon catches the eye of five-time world champion Victor Nikiforov. After watching Yuuri’s viral video of performing the Russian figure skater’s routine, Viktor becomes convinced of Yuuri’s potential, becoming his mentor, and is relentlessly determined to put Yuuri back at the top of the game.

As Hajime No Ippothe protagonist, Eyeshield 21Sena Kobayakawa is a shy and self-effacing boy enrolled at Deimon Private High School. After angering a group of delinquents, Sena uses her remarkable speed and agility to evade blows, a skill learned during her years running away from bullies.

Sena’s incredible ability is witnessed by the captain of the Deimon Devil Bats football team – Youichi Hiruma, who forcibly recruits Sena despite the latter’s lack of enthusiasm. Sena’s lukewarm response to football quickly changes when he strives to help the Devil Bats acquire the high school football championship known as the Christmas Bowl.

Tired of having no friends to share his interest in anime culture, Sakamichi Onoda decides to join his new school’s anime club. Upon discovering that the club is disbanded for lack of members, Sakamichi takes on the responsibility of reviving the club by finding three new members.

When Sakamichi was discouraged by his unsuccessful efforts, he was engaged in a weekly 90-kilometer trek he had been doing since fourth grade. Fellow freshman and serious cyclist Shunsuke Imaizumi notices Sakamichi’s enormous potential and is determined to recruit him to join their school’s bicycle racing club.

After the crushing loss in his last college baseball game, pitcher Eijun Sawamura and his team vow to reach the national tournament when they get to high school. A scout singles out Eijun’s unpredictable throwing style and offers him a chance to join Tokyo’s prestigious Seidou High School. Eijun’s teammates encourage him to accept the offer, giving Eijun a better opportunity to play more competitively.

New life at Seidou High doesn’t go smoothly when Eijun struggles to fit into the new baseball team. Surrounded by skilled and talented players, Eijun is even more resolute in his dream of becoming the team’s ace and Seidou High to be the best team in Japan.