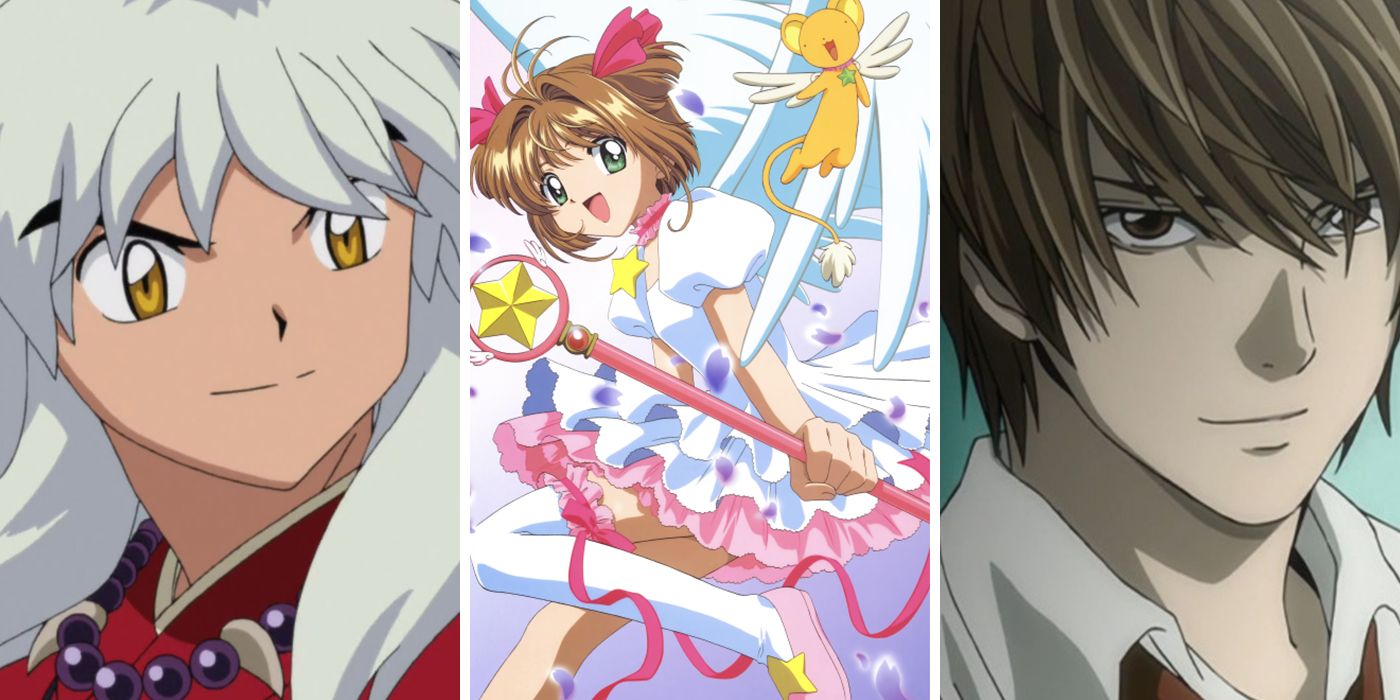 10 animated series that perfectly sum up the 2000s

The 2000s were a spectacular decade for anime. One of the highlights of this era was the creation of the three great Shonen titles. These shows have brought many newcomers to the anime community. However, the 2000s weren’t dominated by action anime alone. Many genres of anime have proliferated with the release of many quality titles during this decade.

Romance was one of the most popular anime genres released in the 2000s. During this decade, not only was the romantic genre able to refine its tropes, but many romantic series added new core elements to it. the series to come. The 2000s also saw a renaissance of both mecha and Slice of Life anime. Even though these anime are of a different genre, these shows still share a distinctive 2000s look and feel.

ten FLCL is the perfect mix of robots, rock and angst

Everything on FLCL screams 2000s punk, and that’s not a bad thing. No matter how much the plot of FLCL gets, everything in this show fits together. FLCL begins as a show about misunderstood teenagers roaming a city. However, the show quickly turns into a series of mecha / sci-fi battles.

FLCL is a series that could only have been made in the 2000s, with the less than stellar sequel series testifying to this idea. The tone of the show and characters like Haru fit the mold of this decade very well. The music of The Pillows also adds another element of 2000s teenage angst that defines much of this series.

A viewer can take a look at the artistic style of Ouran High School Host Club and discern that the show was made in the 2000s. The character design, setting, and overall feel of this series are characteristic of many shojo anime released during the 2000s. Ouran High School Host Club is self-aware, the show embraces many tropes of the romance genre.

The use of roses as symbols, the over-the-top nature of after-school clubs and the many possible couples make Ouran High School Host Club a series that used the tropes of the 2000s to become a classic.

8 Samurai Champloo and the wave of Shin’ichiro Watanabe

Cowboy Bebop aired in the late 1990s and became a huge hit. The popularity of series creator Shin’ichiro Watanabe continued into the 2000s when he released the series. Samurai Champloo. This action series was popular in the 2000s and had specific allusions to the cultural ideas of its time.

Samurai Champloo mixes samurai and hip-hop culture. For example, one of the series’ protagonists, Mugen, uses break dancing as part of his fighting style. The series also uses Nujabes’ music samples. This marriage of hip-hop and samurai culture has worked really well as it came out in the 2000s.

There are a few series that have dominated the anime community during their airing. The melancholy of Haruhi Suzumiya is one of those shows. During the 2000s, the adventures of Haruhi and the SOS Squad were discussed in most major anime stores. It’s hard to forget the countless people who learned to dance as soon as the show ended.

Moments of The melancholy of Haruhi Suzumiya has become iconic. One of those moments, in particular, is the performance of “God Knows”. The series also has a well-balanced cast of characters, many of whom have unique powers and abilities. Despite being an unconventional series, Haruhi dominated much of the anime community during its airing and long afterwards.

6 Naruto has become a cultural staple of anime

Naruto introduced many people to anime during the 2000s. Of course, all three of the shonen greats defined a lot of the anime community in their day. However, two often compared series are Bleach and Naruto. Although both are products of the 2000s, the original Naruto series left a more lasting impression.

Naruto has an energy and feel similar to most shonen series from the 2000s. Like many shonen of its time, Naruto has a lot of funny moments. While the original Naruto The show didn’t revolutionize the whole anime, it encapsulates a lot of what works and doesn’t work about 2000s shonen.

5 One Piece had several of its heights during the 2000s

A play is a series that has remained culturally relevant for over two decades. However, the adventures of Luffy and his pirate gang are often associated with the 2000s. This correlation between A play and the 2000s may be because A play was very successful during this time.

A play was a pervasive force in the 2000s. The series aired regularly from the start to the end of the decade. Again, A play is still popular today, but many in the anime community associate this series with the 2000s.

4 Gurren Lagann was a major revival for the Mecha genre

While there were plenty of well-received mecha anime throughout the 2000s, only a few of them achieved the same level of success as Gurren Lagann. The series is well known for its battles and their scale. The action and mecha anime during the 2000s often had massive fights. However, none of these shows went as far as Gurren Lagann made.

RELATED: 10 Action TV Shows To Watch If You Love Transformers

The sheer madness that accompanied many of the show’s fight scenes is what propelled Gurren Lagann to be one of the most popular mecha series of its time.

3 Inuyasha is a great mix of fantasy and action

While fantasy / action might not have been the most common genre pairing in the 2000s, Inuyasha broke the mold to find mainstream success. There were several reasons why Inuyasha was popular in the 2000s.

The storytelling and world-building in the anime is expansive and well-crafted, drawing many viewers to the show. Inuyasha also has compelling characters. Half-human, half-animal characters are a staple in anime, but Inuyasha’s half-human, half-canine character design has become synonymous with 2000s anime.

Death threat is one of those rare animated series that appealed to both those who knew the medium and those who weren’t. The story of Light attempting to become a god through a Death Note is a gripping tale that has interested many different audiences. For this reason, the series has become one of the most popular animes of the 2000s.

RELATED: 5 Shonen Anime That Reinvented the Genre (& 5 That Didn’t)

Part of the reason why Death threat became popular over the course of its airing is as the show encapsulates much of the visual media of the 2000s. Death threat uses a dark color palette, suspenseful music, dark themes, and anti-heroes to appeal to a specific brand of media that was popular then Death threat was broadcast.

The genre of magical girls has been popular for several decades. However, the genre experienced a boom in popularity during the 2000s. While many would point out Sailor moon As the quintessential magic show of the 2000s, the series reached its peak in the 1990s.

However, a magical girl anime that enjoyed extreme popularity throughout the 2000s was Sakura card sensor. This series used character designs, music, and a general aesthetic that was popular in the 2000s. The look and feel of Sakura card sensor were well received by fans and allowed the show to become immensely popular.

NEXT: 10 Anime Series That Can Be Enjoyed By Kids And Adults


Next
Naruto: 10 Harsh Realities Of The Uchiha Clan

Alec Farmer recently graduated from LMU with a degree in Film and Television Production and a minor in Asian and Pacific Studies. He currently lives in Los Angeles as a freelance writer and videographer. He studied contemporary Asian literature and cinema. Its emphasis was on cross-cultural media exchanges specifically related to anime.

2021-09-21
Previous Post: The world’s first NFT, manga, and community anime series on the Cardano blockchain – ADA Ninjaz
Next Post: 10 best anime games you can play on Roblox (for free)