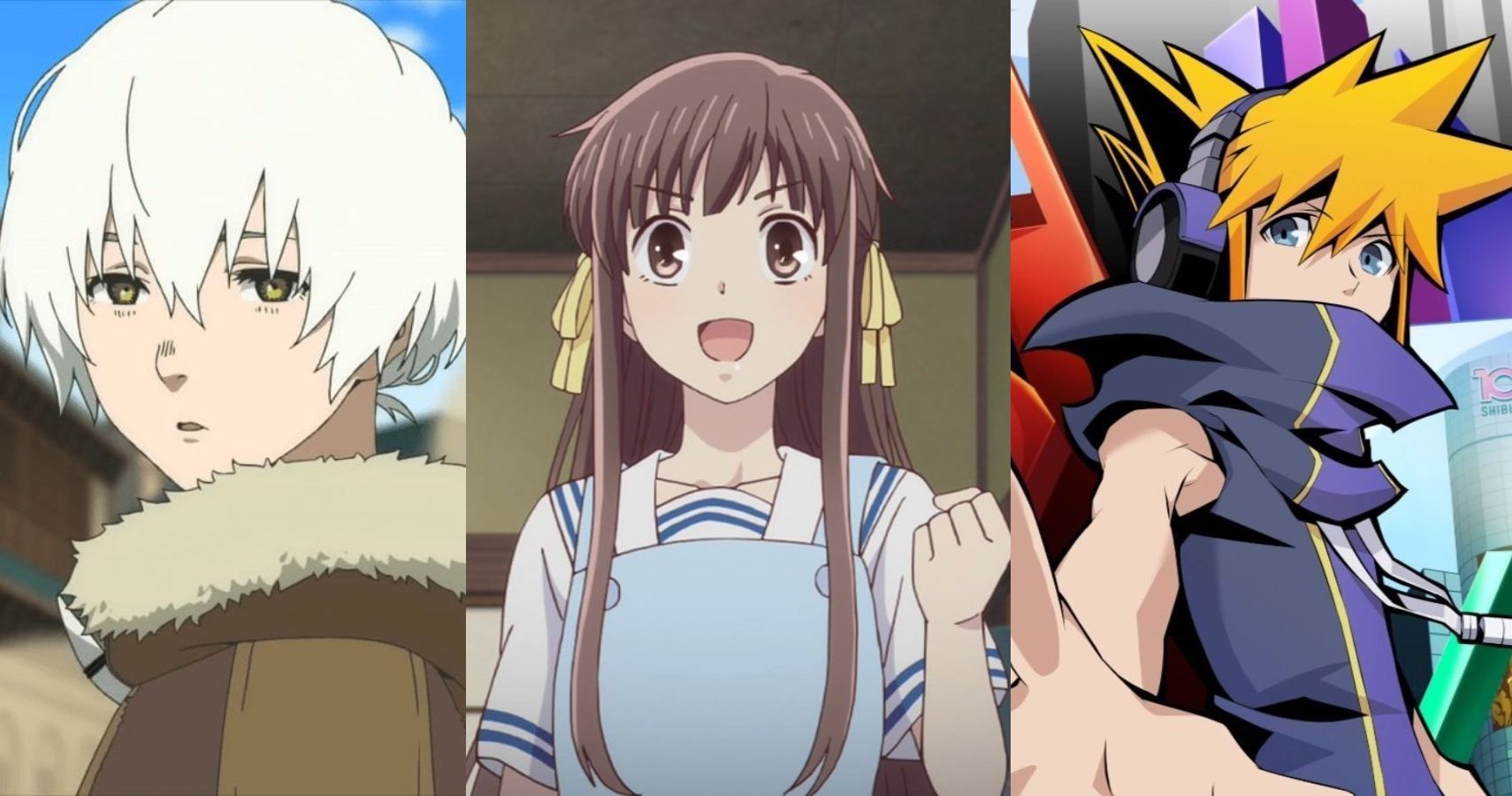 10 animated series you must watch

There are plenty of new animated series that have gone viral this spring of 2021, and it’s not hard to see why. So many amazing shows with thrilling storylines, lovable characters, jaw-dropping antagonists, and wonderful conclusions have been aired this season, including all-new shows and new seasons of already popular shows.

If you haven’t watched an anime lately, or just watched again Ouran High School Host Club for the fifth time, now is the time to catch up on the new hit shows before the summer hits. These crisp Spring 2021 animes are definitely not to be missed, so pack your popcorn and start gorging yourself!

The final season of the popular 2019 remake of Basket of fruits is there and it is still so beautiful. While the original 2001 animation was great, the reboot follows the manga much more closely, has impeccable art style, and is truly heartbreaking. In this final season of the series, the main character, Tohru Honda, has developed his relationship with the mysterious Sohma family and is completely tangled in the mess of their curse. Tohru will face the height of old family issues on their side until they reach the epic conclusion.

This brand new show is in the popular genre of living in a video game-like world. In this story, Azusa Aizawa reincarnates with immortality in a peaceful new world. Azusa spends her laid-back days enjoying the land, tending to her farm, and defeating a few dozen slimes a day. After about 300 years of this routine, she realized that her occasional slime killing over such a long period of time has earned her so much experience that she is now at the highest possible power level, the level 99. Once the word is out, many reach out to her in hopes of using her enormous power, but all Azusa wants is peace.

Season 5 of one of the best anime is finally here and fans are already obsessed. Izuku Midoriya and the rest of his hero class take on the students of Class 1-B in a friendly training exercise. The League of Villains and their underhanded plans threaten to disrupt the peace, as they continue to develop under society.

RELATED: 10 Shows To Watch If You Enjoyed Horimiya

Will Class 1-A prove that their power is worth being in the best hero class or will Class 1-B win this time? What awaits Deku and All For One? MHA anime fans watch from the edge of their seats!

This new romantic comedy follows the story of office worker Yoshida and high school runaway Sayu. After being rejected and heartbroken by his longtime crush, Yoshida is drunk and numb when he allows a runaway high school student to enter his home. Rather than fall for one of Sayu’s flirtatious advances as his payment idea, he makes her do the housework in exchange for living under his roof. The two are such a fun duo, their relationship grows stronger with each experience they have together.

6 The world ends with you: animation

The world ends with you: animation is based on the best-selling video game of the same name. After many years, the game still has so many fans which has led to the creation of this great animation. Neku unexpectedly dies and is stranded in an alternate version of Tokyo’s Shibuya shopping district, called the Underground. People who enter this reality can participate in a challenge called the Reapers Game, where players have the chance to be brought back to life. Players must team up to complete the game, causing Neku to connect with others who have lost their lives in order to win.

If you haven’t heard all the great reviews from To your eternity however, you don’t have to use TikTok a lot. This stunning new anime features the most touching storyline, pristine music, and awe-inspiring visuals. A mysterious immortal being appears on Earth without human emotion or sense of self.

After crossing the country, he eventually realizes and meets a lonely boy in a lifeless tundra. From there, the being embarks on a journey that will change his way of seeing and all those who look at him will see the world. Prepare your handkerchiefs for this one.

This high intensity sci-fi anime based on the popular manga is not to be missed. Takemichi Hanagaki has a not-so-desirable life, which takes a drastic turn when he finds out that his ex-girlfriend has been killed by the Tokyo Manji Gang. The gang is full of lousy criminals who haven’t been doing anything right for years. A Step Back in Time takes Takemichi 12 years back to when he was still dating his ex. He takes this chance to change the future and save her this time around … by joining the gang and changing it from top to bottom!

Coming shortly after the release of the mega blockbuster, Godzilla vs. Kong, this anime take on the famous all-time giant radioactive lizard monster is a total success. The story is based in 2030 in the town of Nigashio. Two strangers are brought together by mysterious anomalies, the engineer, Yun Arikawa, and the graduate student, Mei Kamino. Although the two were studying different strange events, they both were led to the same shocking discovery. They are then faced with a huge problem involving the fate of the whole world.

Vivy, the very first autonomous AI to work in a theme park, has one main goal: to make people happy with her songs. Everything changes when a 100-year-old AI informs Vivy that a future war between AI and humans will cause human beings to become extinct.

RELATED: 10 New Animated Series Coming In Spring 2021 You Must Watch

The two AIs must join forces to prevent the devastating war that is expected to unfold 100 years later. Put this one on your watchlist ASAP!

This brand new mecha / military anime has the potential to be something huge. The story is complex and intense, addressing major themes of war, societal inequalities and the overthrow of unjust systems. A secret faction in San Magnolia consists of individuals who have been rejected by society and are forced to fight to keep the peace within the walls. Vladilena Milizé and Shinei Nouzen, two young leaders from very different backgrounds, come together to lead a squadron, and change the future.

Jourdan Silva is a writer and editor based in Houston, Texas. She graduated from the University of Texas at Austin with a BS in Business Communication Studies in 2018. Since then she has been writing for Millennial online publications and using her writing skills to create engaging and successful content. . She now works for Valnet, Inc, as a list writer for GameRant and enjoys playing video games and reading fantasy novels in her spare time.