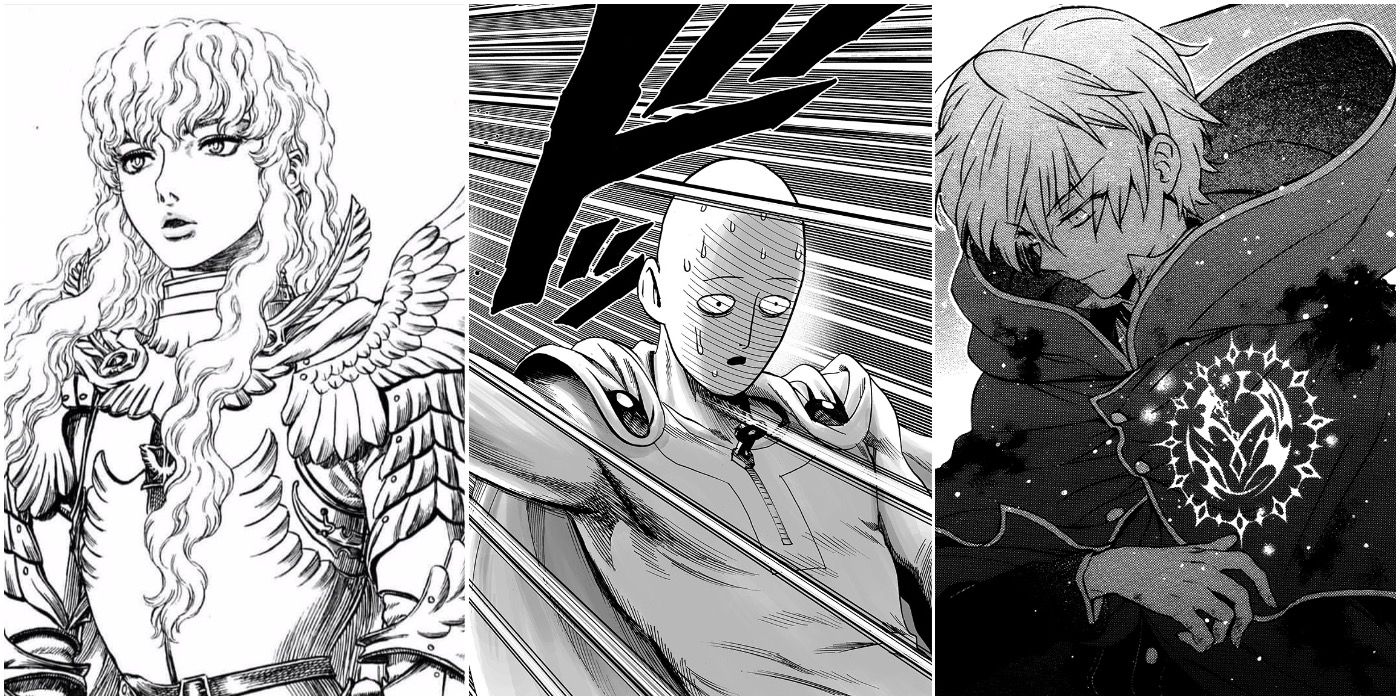 10 Anime Art Styles That Looked Better In The Manga

The manga market coexists with the anime industry as the hub of source material for most of the stories of the hit anime series. Adapting already popular and beloved stories into a different medium is beneficial for manga and anime creators.

New adaptations appeal to pre-existing fans of the source material while raising awareness of the original manga, enticing more fans to check it out. This symbiotic relationship between the two industries has turned many underground series into global phenomena. Nonetheless, anime production is a collaborative task, whereas a single artist is usually responsible for drawing the entire manga. As a result, not all anime fails to capture the mangaka’s original artwork and do justice to the artist’s considerable skill and effort. And while the plot of the anime can be as good as the source material, sometimes reading the manga is the only way to properly experience the story.

The jaw-dropping coming-of-age manga Aku no Hanaknown in English as The evil flowers, tells a disturbing story of an aloof middle schooler Takao Kasuga and his abusive relationship with a sadistic classmate Sawa Nakamura. The ugly, grounded reality portrayed in the manga was deemed very mature and realistic by the anime’s director, who found Aku no Hana narrative more suited to a live-action film.

The creators used the experimental rotoscoping technique to make the anime more realistic. Aku no Hana was the first anime to exclusively use rotoscoping, which gave the show an unsettling and disturbing look. Instead of the compelling and chilling manga artwork, the anime adaptation turned out to be oddly repulsive.

The iconic action series One-punch man started out as an amateur satirical webcomic poking fun at the superhero genre with its childish illustrations. Its manga remake drawn by Yusuke Murata had a much more polished art style that took the original story to a whole new level. The first season of One-punch man directed by studio Madhouse did justice to Murata’s fantastic art and was a phenomenal success.

The show’s second season was redirected to a much smaller studio, JCStaff. Unfortunately, the new animators weren’t able to capture the mangaka’s incredible artwork as well as their predecessors, resulting in a disappointing and lackluster sequel.

8 Claymore was overlooked due to its lackluster anime adaptation

The world of fantasy manga is full of awe-inspiring artistry that captures the magical awe of their multi-faceted worlds. dark fantasy manga Claymore was a hit Seinen series from the early 2000s that introduced its audience to a captivating, medieval-inspired world.

Claymore’s mangaka, Norihiro Yagi, was a master at creating believable and enchanting visuals, inviting readers into the grim but beautiful world of magic. Like many popular manga of that era, Claymore suffered from an incomplete and visually boring anime adaptation, causing the legendary story to fade into obscurity.

Myriads of One Piece Die-hard fans believe the enchanting story of Eiichiro Oda should be experienced in its original form. And their devotion to the manga of the series is completely understandable. While the A play the anime has many positive aspects, such as amazing music and incredibly emotional voice acting, the adaptation will never be able to do justice to Oda’s masterful skills as an artist.

Despite the publication of a chapter of A play every week for 25 years, the legendary mangaka continues to grow and evolve as an artist, making each new arc in his saga more beautiful and smoother than the last.

King of Horror, Junji Ito, is universally praised for his ability to create creepy and disturbing artwork that elevates his manga above all others in the industry. The intricate monster designs created by the iconic mangaka are chilling in fans’ blood. Unfortunately, every attempt to adapt Ito’s work for the screen has failed to capture the artist’s style and attention to detail.

the Junji Ito collection The anime was one of the most disappointing efforts to bring Ito’s work to life. Instead of scaring the audience, the show can only make them laugh at the grotesque and comical appearance of the mismatched monsters.

RELATED: 15 Best Horror Manga That Aren’t From Junji Ito (According To MyAnimeList)

Most notably, the 2004 anime series disregarded the original’s phenomenal artwork, making GantzThe grim and memorable world seems dark and uninteresting. The bizarre visual direction and low production quality could never compare to the raw and impressive art of the manga, which made Gantz stand out as one of the best seinen series of its time.

Historical works of fiction rely primarily on the author’s ability to suspend the audience’s disbelief and flesh out the historical era depicted in the most authentic and realistic way possible. the Kingdom The manga nails the depiction of its ancient Chinese setting, mostly due to mangaka Yasuhisa Hara’s incredibly intricate artwork.

While the animated adaptation of Kingdom stays true to the source material in the storytelling aspects, it undercuts the author’s incredible visuals. The series’ heavy use of poorly executed CGI drives the audience out of the experience and never lets viewers immerse themselves in of the Kingdom thrilling storyline.

3 Blame’s unique artwork! could not be reproduced in an anime format

The complex and seductive universe of science fiction manga Blame! was created by former construction worker Tsutomu Nihei. The mangaka’s past occupation has greatly influenced Blame! visual direction, as Nihei tried to make the manga’s convoluted architectural elements as realistic as possible.

The animators behind Blame! The infamously gruesome adaptation lacked Nihei’s impressive past, failing to capture the mangaka’s signature style. As a result, every attempt to breathe new life into the iconic story as an anime couldn’t come close to mastering the original.

Few industry professionals excel at creating such a distinctive and magical art style as Jun Mochizuki. His revolutionary manga Pandora Hearts began as a rather conventional series in terms of visuals, depicting an immersive yet generic Victorian-era inspired magical universe.

Nevertheless, both the story and the artwork of Pandora Hearts greatly improved over the years, securing the series’ place as one of the most beloved manga series in history. The prosaic anime adaptation of Mochizuki’s masterpiece didn’t undergo the same transformation, remaining lackluster and painfully unoriginal until the very last episode.

1 Berserk might remain unadaptable forever, and that’s a good thing

The most influential dark fantasy manga in the industry, Berserk, has had several failed anime adaptations. Yet each of them failed to capture the breathtaking artistry of Kentaro Miura. While some fans of the original might win for an anime adaptation that does justice to their beloved story, the manga might just work best in its intended medium.

No artist can come close to reproducing Miura’s magnum opus, so anyone who wants to experience the mastery of Berserk should take the advice of die-hard fans of the series and just read the manga.

NEXT: 10 Manga That Actually Corrected Their Anime’s Mistakes