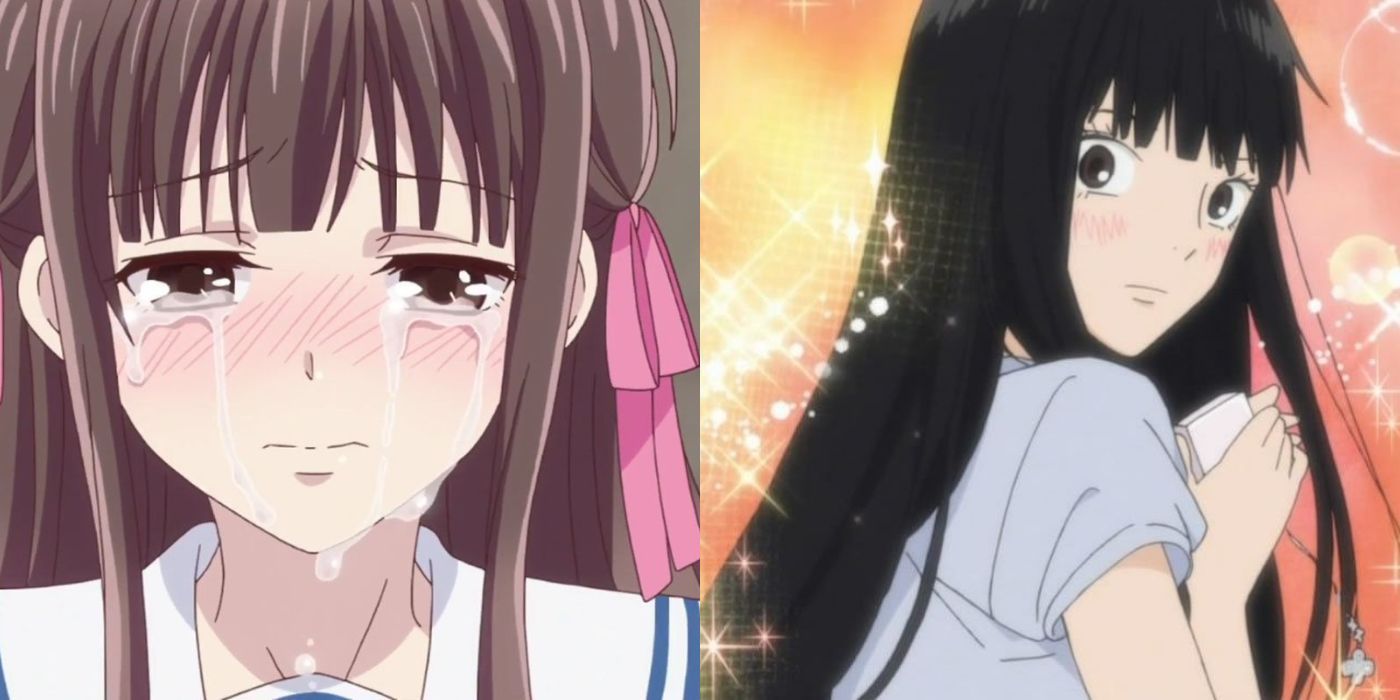 10 anime series that have the perfect titles

Thought-provoking anime titles are hard to appreciate at first because they reveal the underlying context of each series. While an anime’s intrinsic theme isn’t clear, the title provides the biggest clue to the artist’s intentions. The title of an anime can be anything from the name of the protagonist to a long description of the events of the show.

However, the perfect anime titles capture the deeper meaning in a few short words. When an anime’s title reflects its essence, the show feels more meaningful. Anime resonates more with fans when it addresses everyday issues in a fictional world. Unforgettable anime titles linger in the minds of fans, making them consider the complexity of each series.

10/10 The fruit basket symbolizes the pain of social exclusion

Fruit basket is an unconventional name for an anime about the spirits of the zodiac, and that’s precisely why it works. The title doesn’t make sense at first, but as the anime progresses, the true meaning of its name falls into place. When Tohru shares her experience of being excluded from a school game called fruit basket, the theme of social exclusion suddenly comes up in the anime.

Tohru is never chosen to be a fruit, so she waits for social acceptance that will never come. Her experience echoes the isolation of the cat’s spirit Kyo, who is considered an unofficial member of the Sohma family. Fruit basket symbolizes the pain of social exclusion, making it the perfect title for shojo anime.

Kimi Ni Todoke / From Me to You

The English translation of Kimi Ni Todoke is “from me to you”, and the phrase really captures what communication feels like. Intentions often get lost in translation, and Sawako Kuronuma knows that better than anyone. Sawako’s peers mistake her shyness for meanness, but she just has trouble communicating her feelings.​​​​​​​

RELATED: 10 Anime Characters Who Think Fast On Their Feet

The students ostracize her based on false rumors, so when Kazehaya befriends her, she doesn’t know what to think. Kazehaya indirectly shows her love, but she misinterprets his feelings. The title Kimi Ni Todoke perfectly demonstrates how two people can misunderstand each other while communicating.

8/10 Horimiya is the cutest ship name ever

Horimiya is a simple yet effective title for this shonen anime. The series also focuses on Hori and Miyamura, detailing the budding romance between the high school students. Miyamura struggles to communicate with his classmates because he hides his true self, but Hori sees through all of his secrets. Hori has the kind of social life that Miyamura dreams of, and his hidden soft side tugs at his heart.

Horimiya is not only a cute ship name, but also a symbol of their seamless connection. The title matches the harmonious energy of their relationship and proves how perfect the pair are for each other.

7/10 Devilman Crybaby is a tragedy waiting to happen

The title of this seinen anime sounds like a tragedy waiting to happen, and the show definitely delivers. crybaby devilman centers on high school student Akira Fudo as he becomes part-demon and fights against an inevitable apocalypse. The anime changes the meaning of the tragedy with its destructive ending, as Satan wipes out the entire Earth and leaves no one alive.

Devilman tries and fails to save everyone, and his tears symbolize the hopeless reality of humans throughout the anime. The title is perfect because it references the helplessness of humans, and Devilman represents this as the last human soul on Earth. crybaby devilman spells out a tragic reality where humans have no control over their destiny.

6/10 Blue Spring Ride sums up the feeling of youth

This springtime romance centers on high school students Futaba and Kou, who reunite after breaking up in middle school. Kou is a different person than Futaba remembers, so the pair struggle to connect after their separation. Nostalgia plays a key role in the anime, as their rekindled romance reminds them of the past.

RELATED: 10 Anime Characters Who Rather Live In Their Past (& Why)

Kou and Futaba reconnect as different people, but their childhood feelings remain intact as they navigate a new romance together.Blue spring walk is the perfect name for this shojo anime as it symbolizes the changing seasons of youth and the nostalgia attached to rekindling old friendships.

The theme of Fullmetal Alchemist is a law of alchemy called “equivalent exchange”, and the title fully embraces this concept. Edward Elric is known as the Fullmetal Alchemist for many reasons, but most notably his automail members and his brother Al, whose body is armor.

After trying to use human transmutation to bring their mother back to life, the brothers face harsh judgment from a being who moderates alchemists. Edward’s nickname represents the fate of all alchemists, who must trade parts of their souls to practice alchemy. The title embodies the dark side of transformation, which makes it perfect for the show’s moral.

4/10 Tokyo Ghoul shows just how monstrous humans can be

tokyo ghoul blurs the line between humans and ghouls throughout the series, and its title reflects that energy. This anime shows how human investigators do no better than the monsters they hunt. Ghouls kill humans to survive, just as humans kill ghouls to protect themselves.

Kaneki sees the similarities between the two species because, despite being a ghoul, a part of him will always remain human. The title tokyo ghoul is a perfect balance of both worlds as it normalizes the experience of ghouls living as humans. The anime’s title gives perspective to Kaneki’s life and shows how humans and monsters aren’t that different.

3/10 Erased is a fantasy to change the past

Deleted is the perfect show for someone who dreams of stepping back in time. Once Satoru Fujinuma travels to the past, he does everything he can to prevent his mother’s murder and find the person who kidnapped his friends. Like most time travelers, he tries to right all the wrongs in his life by preventing them from happening.

RELATED: 10 Anime Characters Who Could Have Prevented The Rumble On Titan’s Attack

Erasing the past to change the future is the ultimate goal of time travelers, and the anime’s title perfectly reflects that. Deleted represents thefantasy of changing the past and starting over without the tragedies of life.

The title ghost in the shell evokes an eerie feeling, reminiscent of the complex nature of human consciousness. By emphasizing the connection between mind and body, this cyberpunk anime questions the essential state of being. Major Motoko Kusanagi often questions her reality as a cyborg with human memories.​​​​​​​

Motoko contemplates the sensitivity of government weapons and notices that each robot contains a ghost or human soul. ghost in the shell connects the existence of cyborgs to human consciousness through Major Kusanagi, who investigates the similarities. The title is perfect because it reminds humans that minds and bodies co-exist, but are not seamlessly connected.

1/10 Bleach represents the finality of death

Bleach the title is confusing at first as there is no direct correlation to the anime. No one uses the cleaning solution or mentions the subject throughout the series. However, the title Bleach symbolizes how death erases the color of life. The meaning is in the white masks of the Hollows, which lose their humanity and become vengeful spirits.

The hollows show the loss of death, as their hearts harden into masks and their souls are lost forever. The Espada aspects of death represent the many forms of loss, just as Ichigo’s transformations show the inevitable changes thereafter. Bleach is the perfect title for an anime that contemplates the finality of death and the change that comes with loss.