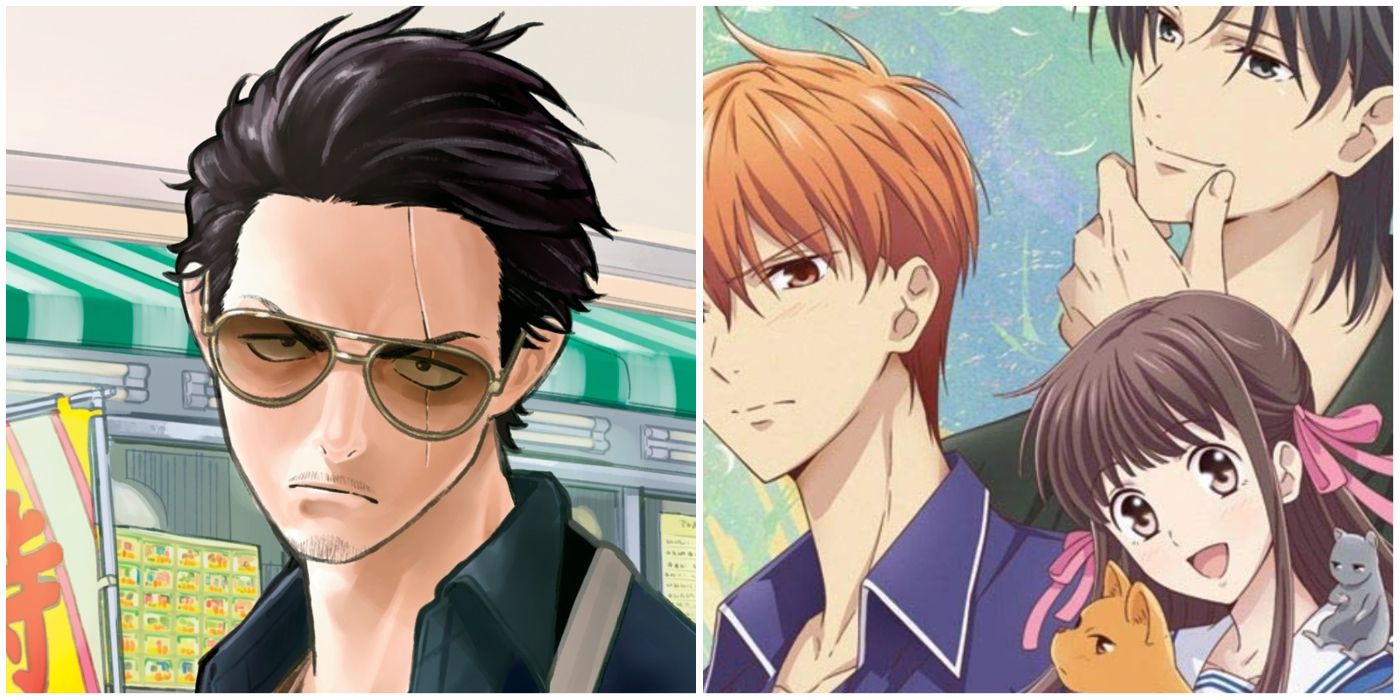 10 anime series where violence is never the answer

RELATED: 10 Anime Pacifists Who Refuse To Fight Anyone

There are a few reasons why physical violence isn’t the answer in a story. Perhaps the characters have non-violent methods they agree to use to resolve conflict, such as diplomacy, games, or contests. In other cases, a character may resort to violence only to learn that their violent actions aren’t getting them what they wanted and may even have made things worse.

The main characters of kakegurui are all students of the private elite Hyakkou Academy, a school that caters to the sons and daughters of society’s wealthy elite. These students learn to weigh odds and calculate risk in games of chance, ranging from poker and blackjack to the roulette table.

The stakes are high and millions of yen often change hands, which can ruin the lives of some students. But despite all the intrigue and competition here, physical fights are not allowed for any reason. Players who violate this rule may face serious consequences.

No game no life is another anime series where games completely replaced violence and war with the main difference being that it is an isekai series. Adoptive brother-sister duo Sora and Shiro share the identity of “Blank”, the master of all online games.

Now Blank is in a world of video games where wars and conflicts are settled with non-lethal games. Blank can use brilliant strategies, clever risk-taking, and careful observation to win all manner of bizarre games and dominate the playing field, with no violence required.

In the shojo tale of Fruit basket, some characters do resort to violence, such as the tsundere Kyo frequently challenging his cousin Yuki to fights and the despicable Akito Sohma slapping or scratching people or even pushing them out of windows. But it never helps.

RELATED: 10 Anime Pacifists Who Were Forced To Kill Their Opponents

The Sohmas are all hurting, and winning fights won’t change that. Instead, characters like Kyo and Akito, in particular, need Tohru Honda’s kind words and empathy to soothe their wounded hearts and reinvent their lives. Kyo is much happier with Tohru than he ever would be in a fight with Yuki.

high school comedy Komi can’t communicate is all about the noble virtues of kindness, sympathy and giving people a second chance. No amount of fighting will ever solve problems, but at some point, yandere Ren Yamai forcibly abducted Hitohito Tadano and held him prisoner in his room.

Ren Yamai’s semi-violent crime did nothing. She did it to get Shoko Komi, but of course Komi would never stand for that. Once Tadano was found, the normally shy Komi demanded that Ren apologize immediately. Since then, Ren has kept her hands to herself.

In short, seinen medieval anime Vinland Saga seems to glorify war and violence, since characters like Askeladd and Thorkell are at their best when fighting people and shedding blood. But the reality is that Vinland Saga has a pacifist message that is buried deep in history.

Protagonist Thorfinn Karlsefni expected to find satisfaction in slaying his father’s killer, Askeladd, but he was wrong. Revenge is empty, and moreover, Thorfinn was later haunted in his nightmares by all the people he had killed at that time. He then vowed to become a pacifist and build a new nation in faraway Vinland, free from violence and slavery.

In some ways, Food wars! might remind fans of the hit anime kakegurui, as both feature a clever new troublemaker student who upends the status quo at an elite special school. In this case, Soma Yukihira is Totsuki’s new kid on the block and he’s ready to cook.

Soma and his friends Megumi and Takumi fight hard, but not with fists or magic. Instead, they take on their foes in culinary duels, or shokugeki, and the stakes can be high. Even Soma’s worst enemies, such as Nazami Akiri and Asahi Saiba, only use their knives on ingredients, not people.

4/10 Tatsu says no to violence

The Way of the Husband at Home

Reformed yakuza thug Tatsu was once the “Immortal Dragon” and he enjoyed beating people up. But he left that life behind and is now happily living as a housewife with his loving businesswoman, Miku. Tatsu still remembers the ways of the Yakuza, but otherwise he’s a new man.

RELATED: 10 Anime Series Where Violence Is Always The Answer

Now Tatsu talks tough in terms of dinner ingredients, laundry detergent and vacuum cleaners, not drugs or guns. A few gangsters attacked him, but Tatsu won’t retaliate. Instead, he will defuse the situation with food or services, and then everyone will get along in peace.

3/10 Toru’s babysitting gig is all about the heart

The Yakuza’s Guide to Childcare

The Yakuza’s Guide to Childcare is an anime series where violence happens, but it’s clearly not the right solution to the main characters’ problems. Like Tatsu, Toru Kirishima is a savage gangster who likes to dish out punishment, but his new babysitting job requires a different skill set.

Regardless of his badass ways, Toru is a kind person at heart, and he can finally show that side of himself as Yaeka’s babysitter. Toru is still not afraid of a fight, but now he understands that a life is built on peace, friendship and cooperation, not violence.

2/10 Katarina wants to build relationships, not use weapons

My next life as a villain

anime otome shojo My next life as a villain may be an isekai title, but it goes in a totally different direction than the series As Dark Summoner Where Suzerain. In the world of fortune loverthe rebirth of Katarina Claes must use her words and her kindness, not her fists or her magic, to fix things and save herself.

Katarina must avoid her own loss as a villain, and her best strategy is to reshape everyone’s relationships, so that the game’s plot becomes circular and never ends. Some light fights happen here, but never for good reasons. Like Tohru, Katarina knows that words are her best tools.

1/10 Kobayashi teaches dragons to stop fighting so much

This reverse isekai anime is a curious case. In a few cases, a friendly fight to blow steam can actually feel good, but these aren’t real fights, and more often than not, dragon characters feel better after talking or after competing. or games without bloodshed.

Miss Kobayashi’s Dragon Maid isn’t entirely pacifist, but the general trend is that characters like Tohru, Lucoa, and Elma are much happier finding constructive things to do and building meaningful relationships than fighting. In this direction, Dragon Maid teaches that diplomacy and friendship are always better than fighting.

NEXT: 10 Anime Characters Who Believe Violence Is Always The Answer