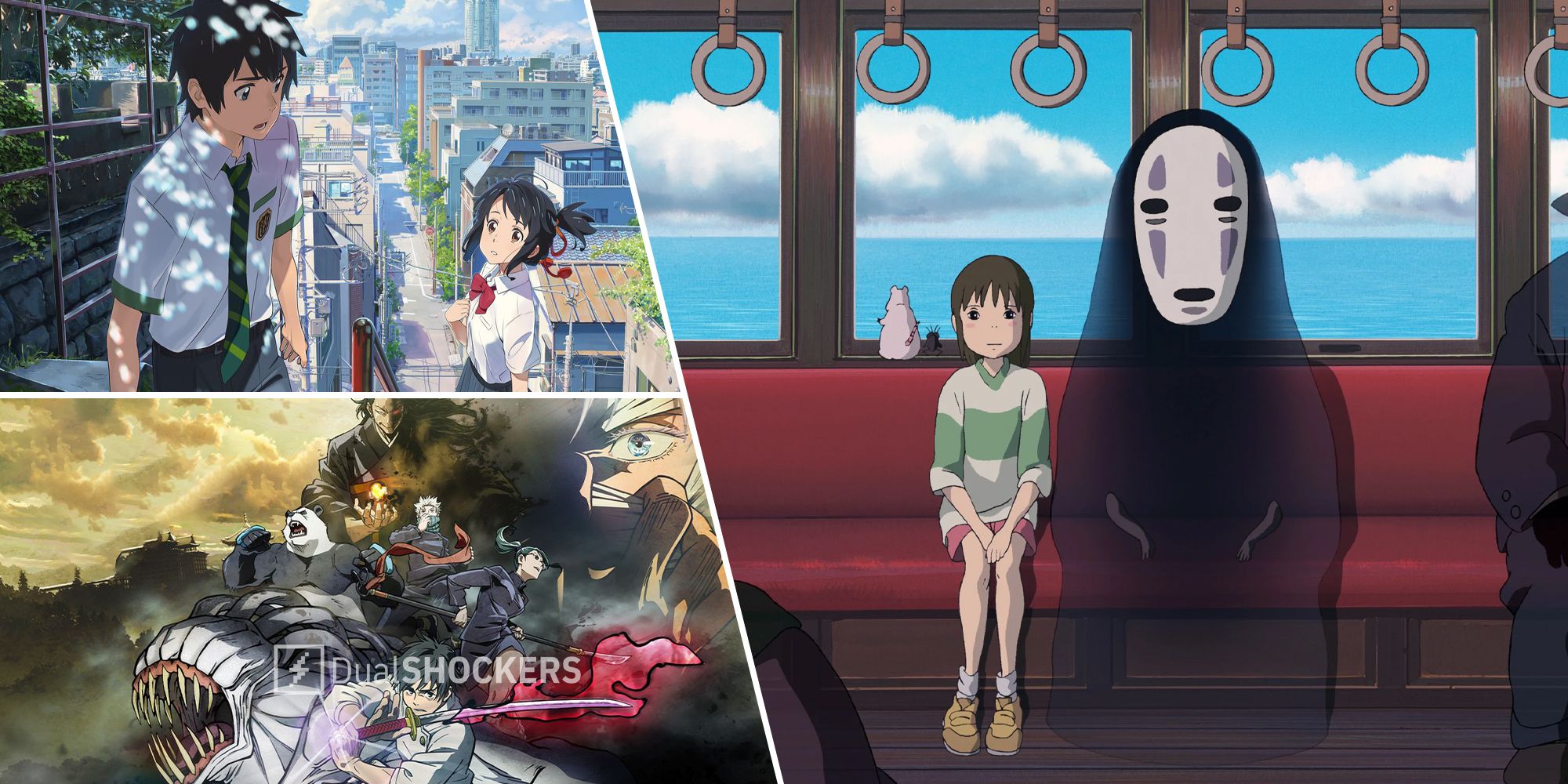 10 best animated movies of all time

There was a time when anime had a very small audience, but now Japanese anime shows are recognized by fans around the world. That said, people still associate the term anime with TV series; however, there are countless masterpieces in the form of movies that people usually skip over.

RELATED: The Most Underrated Anime Series You Shouldn’t Miss Watching

Watching a great anime series is surely worth every second, but it’s a commitment for days, months, or even years, depending on the number of episodes. So, if you’re not ready to invest that much time, you should probably dive into the world of animated movies. Well, if you’re thinking of doing so, here are some of the best animated movies you can get started with.

Paprika is a sci-fi psychological thriller based on a 1993 novel of the same name. The film is directed by acclaimed Japanese director Satoshi Kon, who is also known for his other big projects like Perfect Blue, Paranoia Agent, Jojo’s Bizarre Adventure, and more.

Have you ever wondered what it would be like to walk into someone’s dream? Well, that’s the basic plot of this movie. Dr. Atsuko Chiba works under the name “Paprika” and together with her colleagues invents a device – DC Mini – that can help psychiatrists get inside the minds of patients. But somehow the device is stolen and Atsuko must retrieve it before it can be used to destroy people’s minds.

JJK is one of the best manga and anime series going, and his recent movie does justice to the reputation of the franchise. Did the film do well at the box office? Well, it was the highest grossing movie of 2021 at the Japanese box office. In total, the film has grossed ¥13.5 billion as of April 2022, making it the 15th highest-grossing film in the Japanese industry. From the animation to Yuta’s character development, the film has a lot to offer.

Yuta Okkotsu, the film’s protagonist, comes into contact with a curse named Rika. They both share a great bond of friendship, but Saturo Gojo wants the kid to join Tokyo Prefectural Jujutsu High School to help him gain full mind control.

We’ve seen Goku and Vegeta fight each other in multiple movies and shows, but their combined efforts to eradicate Broly were legendary enough to land this movie at number eight on this list. The film had incredible animation, action sequences and, of course, spectacular soundtracks.

All seems at peace after the chaos we see in The Tournament of Power. But, Goku continues to train, knowing it’s the calm before the storm. Soon, Goku and Vegeta face off against a Super-Saiyan warrior named Broly, who is far stronger than anyone they’ve fought before.

Ghost in the Shell is a paradigm of grandeur in the cyberpunk genre. And of all the countless films in the franchise, the 1995 film Ghost in the Shell is the most beloved by fans. Despite being released in 1995, the film is still known for its great animation and soundtracks.

The film is set in the year 2029, when the world has become so advanced that cyborgs are common and the internet can be accessed right inside the human brain. A cyborg policewoman, Motoko Kusanagi, is on a mission to find Puppet Master, a criminal who enters the minds of other cyborgs and commits heinous crimes.

Akira has influenced several works in Hollywood and the Japanese industry, including The Matrix, Kill Bill, The Dark Knight, Godzilla, Inception, Cowboy Bepop, Ghost in the Shell and many more. So you can imagine how legendary this 1988 film is.

Thirty-one years after the nuclear bombing of the city of Tokyo, a motorcycle gang known as Kaneda is noticed when they try to save their friend Tetsuo from a government project. They have to fight against anti-government people, politicians, a group of scientists and several others. Tetsuo’s psychic powers also awaken in the heat of the moment.

The 90s gave us anime shows and movies that we remember even after all these years, and Perfect Blue is one of those projects. Although it’s been a long time since the movie was released, you can still relate it to the current storyline. In fact, fans of this age may relate to the film better than anyone, as it shows the dark side of social media and the glamorous world of celebrities.

Mima Kirigoe is a well-known pop singer who decides to give up her singing career to become an actress. However, her career forces her to abandon the “innocent girl” image. Mima’s life becomes even more complicated when an obsessed fan starts stalking her.

We’ve seen movies about unconditional mother love before, but Wolf Children completely redefines it. The film will take you on an emotional journey with little bursts of laughter in between. All in all, it keeps you glued to the screen until the end.

A woman named Hana falls in love with a man who reveals he can turn into a werewolf. Together they have two children, a daughter named Yuki and a son named Ame. One unfortunate day, Hana’s husband goes hunting for food and is killed in an accident. Hana is now left alone to raise her werewolf children and tries to keep them hidden from society.

When the film comes from the mind of a great director and writer like Makoto Shinkai, it is confirmed to mark its place in people’s hearts. For those who don’t know, Makoto is the director and screenwriter of legendary projects like The Garden of Words, 5 Centimeters Per Second, Weathering with You, and many more. Your Name won countless awards in multiple categories and was a huge box office success.

The film’s unique story revolves around two young people who mysteriously switch bodies. This unique phenomenon intrigues them to find the answer to this mystery, and so they find themselves.

2 The Grave of the Fireflies

This movie was a stroke of genius, and what really made it adorable was the fact that it was based on a true story. The film is based on Akiyuki Nosaka’s struggles during World War II. Rather than focusing on the larger issues of the war, Grave of the Fireflies took aim at the suffering of people during this time.

World War II is about to end and Japan is in trouble due to American bombings. Two young siblings lose their parents and their home, but they still thrive to survive in hopes of a better future.

1 Taken away as if by magic

It’s so unfortunate that some animated movies never won an Oscar even though they were absolutely perfect. But, Spirited Away managed to break all records by becoming one of the few animated films to have won an Oscar. In fact, it’s the only animated film to win an Oscar in the Best Animated Feature category. So you can imagine why it’s considered the best animated film of all time.

Returning home with her parents, Chihiro Ogino discovers an abandoned amusement park. The place looks spooky, and soon they learn that the abandoned park is actually home to spirits and ghosts. Her parents are turning into pigs, and now she is left alone to survive. Haku, a mysterious spirit, helps Chihiro revive her parents and escape.

NEXT: The Smartest Anime Characters Ever