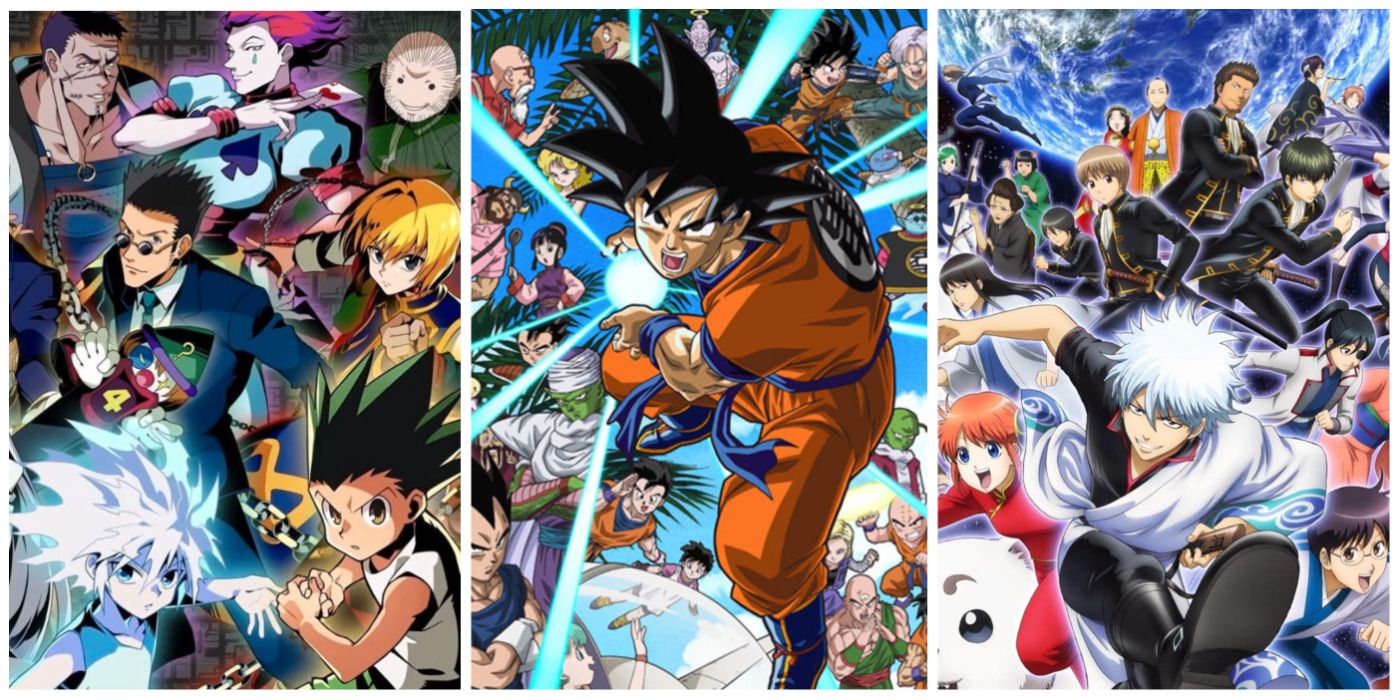 10 Best Anime Series To Watch Instead Of Dragon Ball

Akira Toriyama dragonball is an anime classic that’s still going strong after nearly four decades of over-the-top action. The continued exploits of Goku and the rest of Earth’s heroes remain entertaining, but they’re certainly not for everyone and even die-hard fans of the series sometimes need a break from the gratuitous Super Saiyan transformations and energy beam battles.

dragonball fits into the battle shonen genre, which is full of long-form action-packed content, some of which is likely to leave a bigger impression on some audiences than Goku’s conquests. Many anime find ways to capture the same heights and dynamics as Toriyama’s signature series, but without the same baggage that dragonball.

Yu Yu Hakusho begins in a humble and innocent nature, quickly blossoming into one of the most enjoyable shonen action series of its generation. Yusuke Urameshi’s evolution from an apathetic juvenile delinquent to a heroic spirit detective and esteemed spirit realm fighter is both impressive and always exciting.

The central quadrant of characters in the series all have the opportunity to shine. Even better, at only 112 episodes, Yu Yu Hakusho doesn’t get lost in endless fill or overshoot its point the way dragonball done occasionally.

One of the most valid criticisms of dragonball and other shonen series of its kind is that their endless battles can fall into a repetitive formula. Hunter X Hunter doesn’t have the same fame as other shonen combat fare, but it punches above its weight and deserves the same accolades.

Gon Freecss’ amazing journey begins in a familiar place, but the anime works hard to avoid repeating itself, and each new arc is a breath of fresh air. Hunter X Hunter has 148 episodes, which manages to cover an amount comparable to Dragon Ball Zbut in a fraction of the time.

Flame of Recca is a traditional 1990s shonen series that has many similarities to naruto, dragonballand Yu Yu Hakusho. However, in many ways, it’s the perfect starter shonen series to check out before moving on to more complex stories.

Recca Hanabishi, an avid ninja fanboy, learns that he is destined for greatness and has a powerful elemental ability. Flame of Recca shines while it lasts, and at just 42 episodes, it doesn’t demand a serious commitment from its audience.

Jujutsu Kaisen is one of the newest shonen obsessions to take over the anime industry and its upcoming second season is set to be one of the biggest releases of the year. Jujutsu Kaisen faithfully embraces heightened martial arts action like dragonballbut he embraces the horror genre for his intense cursing abilities that Yuji Itadori and others turn to in battle.

Produced by MAPPA, Jujutsu Kaisen also looks absolutely stunning and its great battles really put dragonballIt’s a shame when it comes to aesthetics. Jujutsu Kaisen has only just begun, which makes it the perfect time to experience this demonic chaos with supernatural powers.

6/10 Gintama gets stronger and dumber with each passing episode

Gintama accomplishes the rare feat where despite its painstaking length of over 350 episodes, there isn’t a dud in the mix. It’s an anime that actively gets funnier and more suspenseful over time rather than starting to show its signs of age. Gintoki, Kagura, and Shinpachi do not possess magical powers and do not fire energy beams.​​​​​​​

Their strength and virtue come down to swordsmanship and solid samurai ideals. Gintama seamlessly ricochets between heartfelt storytelling and hilarious parodies that poke fun at every basic anime imaginable. Gintama lovingly mocks dragonball many times, but there’s still a lot to learn from Toriyama’s series Gintama‘s rhythm.

Hirohiko Araki JoJo’s Bizarre Adventure has been running for almost as long as dragonball and yet, in many ways, it feels like JoJo’s has covered infinitely more ground. Araki’s inventive action series takes a generational approach to its storytelling where the sagas shift perspective between different members of the Joestar bloodline across many years, continents, and even timelines.

The exaggerated energy of the stands with which the characters engage in battle, as well as the villains that border on caricature, give a hint of dragonballenergy. At the same time, he still does something completely unique with a battle shonen.

At first glance Toriko almost looks like a food parody of dragonball, down to its protagonist’s prominent orange outfit that resembles Goku and his signature gi. Toriko embarks on a standard shonen adventure as he aims to become the ultimate gourmet hunter and cook the most delicious meal.

It also doesn’t hurt that there’s a game Shounen jump special crossover where Toriko, Goku and A play‘s Luffy all together for a massive feast. Anyone who can get along with Goku during lunch deserves the attention of dragonballis fandom.

Rumiko Takahashi is a prolific mangaka who is responsible for popular series like InuYasha, Urusei Yatsura, and Ranma 1/2the last of which most closely resembles Toriyama’s Dragon Ball. Ranma Saotome is one of many cursed people who undergo an embarrassing transformation whenever they are exposed to cold water.

Ranma 1/2 isn’t devoid of supernatural elements, but the action and combat of the series boils down to the fundamentals of martial arts. Ranma 1/2 gives its comedy and romance as much weight as its action, which is actually more reminiscent of the original dragonball than his successors.

my hero academia has consistently performed as one of the most notable shonen series of the decade that cleverly combines the genre’s storytelling tropes with pop culture’s growing fascination with superheroes. Now in its sixth season with over 100 episodes and three feature films under its belt, my hero academia has never been more confident in its storytelling.

The heroic exploits of Izuku “Deku” Midoriya and the rest of the anime’s hugely diverse batch of super-powered individuals have gradually become more mature. It looks a lot like the change that dragonball experiences as Goku becomes more adult.

Akira Toriyama dragonball continues to produce new stories, but it has also inspired countless other modern shonen successors. Eiichiro Oda candidly talked about how dragonball helped influence his masterpiece shonen A play both in the construction of the narrative and in Luffy’s upbeat demeanor.

A play has been running continuously for almost 25 years and its manga is finally approaching the end of the series. At this point, there are over 1000 episodes and 15 feature films in the series, making it more of an engagement than dragonballbut many people prefer Oda’s work.

2022-10-15
Previous Post: 10 Best Sci-Fi Anime Series, According To IMDb
Next Post: Genshin Impact Anime Series will be the game’s prequel