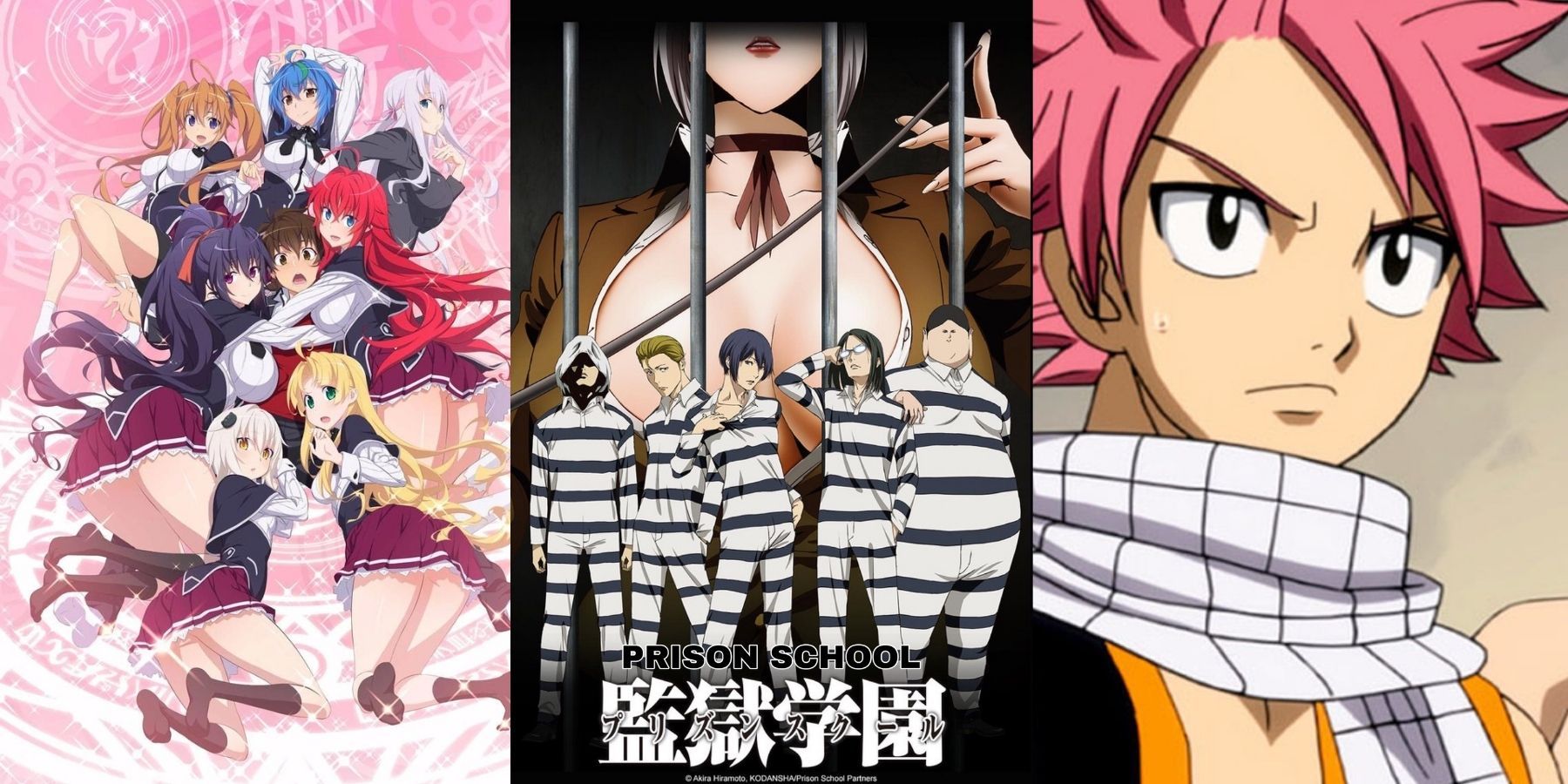 It’s no secret that there are plenty of jaw-dropping anime series out there, the ones that have fans on the edge of their seats and rave about them to their friends, encouraging them to watch too. However, there are also many anime series that don’t get this kind of attention. The ones where the fans won’t admit to watching them, the ones that make me feel a little good, guiltyto watch.

RELATED: My Hero Academia Who Are The 10 Best Pro-Heroes?

Reddit is a breeding ground for fans to share their opinions, and whether it’s for the extreme amount of fan service, a bad storyline, or… other very questionable reasons. These brave Redditors have come forward to share the shows they’re not particularly proud of watching.

Although seemingly and unironically enjoyed by some fans, others find it hard to admit they enjoy this well-known fantasy adventure anime series, despite the mixed opinions on Sword Art Online.

Reddit user, Left4dinner, shared the reasons for their opinions saying “Despite all the hate it gets, I found it to be a fun show with amazing music and beautiful visuals. Not a 10 out of 10 but far from it. a 1 in 10”. Others seemed to share this opinion, saying it was also their favorite guilty pleasure anime.

Described as having an unorthodox mix of genres, this romantic comedy anime follows the story of a prestigious all-girls school and the drastic change it undergoes when boys are allowed to enroll. A series of events unfolds which leads to the boys being thrown into the school jail for a month.

To give it its full name; Cross Angel: Tenshi to Ryuu no Rondois a sci-fi action anime that seemed to be a popular pick on Reddit when Redditors were asked to share their anime guilty pleasures.

Summing up their feelings, Reddit user Nippon_Ninja, shared their thoughts calling it “The guiltiest of guilty pleasures. It has everything I hate about anime.” They followed that up by saying “I loved every second of it. He knows it’s stupid and constantly pushes himself to new levels of absurdity. Not once have I been bored. Perfect example of a show that is so bad that it is good.”

Focusing on a pair of siblings who are transported to a video game world, this fantasy adventure anime No game no life also seemed to prove popular among guilty Redditors.

Reddit user, Naritsumi, commented saying “There’s a ton of fanservice, I’m not a fan of how they sexualized Shiro, and the incest made me scream, but fuck if there isn’t some of the funniest scenes ever.” Although the show was decently popular, others agreed that they also found it to be a guilty watch.

Kabaneri of the Iron Fortress

This post-apocalyptic action anime was suggested by a few users. The anime follows humans who hid in a fortress to protect themselves from zombie-like beings.

A Reddit user, TheFantabulousToast, shared their opinion on this animated series saying “I will freely admit that this show kinda sucks, but damn if it’s not raw as hell. It’s a good time.”. Others agreed with this opinion sharing that it was also their guilty pleasure anime series.

A raunchy sports anime — in this case, centered around swimming — was another popular choice for guilty pleasures on Reddit. Focusing on a gymnast after graduating from high school, she must beat the fierce competition in the less than typical sports tournament.

Reddit user, Ye51d, was one of many to share their opinions on this sports anime. Summarizing their feelings, they said, “Coming for the obscene and the memes…found a really competent sports anime.”. Others agreed that even though the show was jam-packed with fan service, the anime had a way of hooking viewers and rooting for the girls on the show.

While many might argue that this popular fantasy anime series isn’t something worth watching, other Redditors disagreed.

Reddit user, born_thursdaymotivated this guilty pleasure, despite Fairy tale being potentially an unpopular choice, stating “This doesn’t bring anything new to the anime. 20/5 fanservice. Decent to amazing battles. Dialogues okay. Holes everywhere. Still, I’ve been watching almost every year since ‘he went out.”.

Another popular pick among Redditors, this slice-of-life comedy, romance, and anime follows the main character who promises to meet a girl in college but scores near the bottom of the practical exam. By a twist of fate, he finds himself the manager of a dormitory for girls.

Reddit user, _Kiritsugu_, shared their opinion saying “I know it’s a generic harem anime, but I don’t care because I had so much fun watching it. I know I’m in the minority who really love this show I just gave it an 8 out of fun and not because I think it’s a well written anime or anything really great.”

One of the most popular picks, many Redditors have admitted to being fans of this guilty pleasure anime series. Blending comedy, romance, and supernatural elements, the show focuses on a world with the existence of mythical creatures including catgirls, harpies, centaurs, and more.

Reddit user, MrUnderstood33, summed up the general opinion of the show with an anecdote saying “I have a lot of friends at work who watch anime, and one person accidentally knocked it down that he really likes it… Then all of a sudden like four other guys were like “Damn yeah! I love this show!”… Seems like it’s a show that everyone watches, but no one admits.”

Although it is a well-known anime series, this anime has proven to be a guilty pleasure for many anime fans. Reddit user, N7CombatWombatstated his opinion saying “High School DxD is my guilty pleasure show. It’s such a great story, great characters and tons of boobs that makes talking about how good the rest is sometimes a little awkward lol.”

They followed that up by saying “It’s really wholesome and quite emotional in places, and mixes that with the heavy ecchi content in a way that just makes it special, I can’t think of another anime that works from this way as well as DxD it works in my opinion.”.

NEXT: My Hero Academia 10 Useful Quirks For Everyday Life

Does The Walking Dead tease the CRM attacking the Commonwealth?