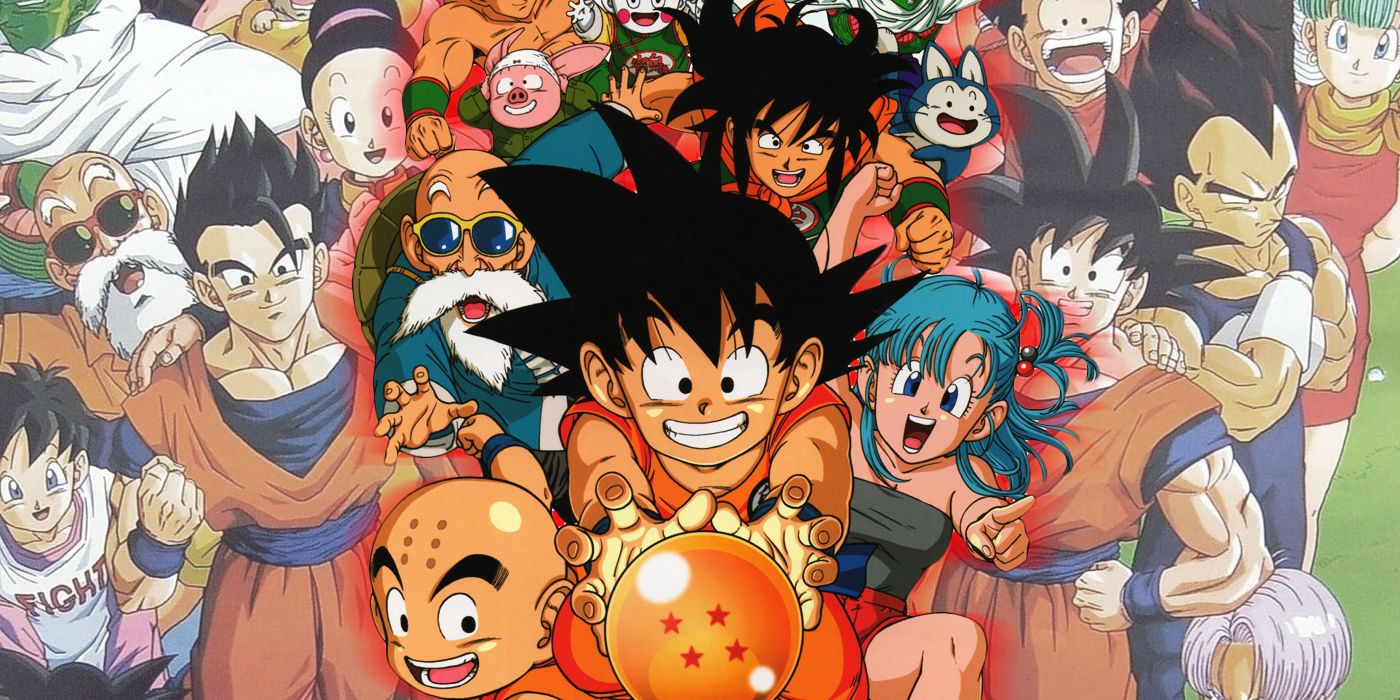 Crunchyroll announces that the original versions of Dragon Ball, Dragon Ball Z and Dragon Ball GT are now available to stream on its service.

the anime streaming service announced that the original series, Dragon Ball Z and Dragon Ball GT can now all be made available in full on its platform. The release includes both English subtitled and dubbed versions of the original dragonball and GTwhile DBZ is currently only available with the dub. The newest series in the franchise, Dragon Ball Superwas already available previously on Crunchyroll.

The classic dragonball Anime series were previously distributed by Funimation. The show’s debut on Crunchyroll comes after it was announced that most of Funimation’s exclusive titles would be migrated to Crunchyroll’s platform. Funimation’s streaming service, as well as the company’s branding on its future home video releases, appears to be winding down as parent company Sony consolidates all of its anime offerings under the Crunchyroll brand. Funimation was originally acquired in 2017 by the Japanese tech giant, which later acquired Crunchyroll in 2021 for $1.1 billion.

the original dragonball The anime premiered in Japan in 1986 and adapts the first 194 chapters of Akira Toriyama’s manga of the same name. The anime received a series of sequels, Dragon Ball Z, in 1989, which adapted the remaining chapters of the original manga. While the original anime aired in the United States and other territories in syndication, it’s only DBZ that the franchise became an international hit. The series is widely credited with playing a key role in establishing anime’s global popularity in the late 1990s and early 2000s. A series of additional sequels, titled Dragon Ball GTpremiered in 1996. Instead of being based on Toriyama’s manga, GT featured an entirely original storyline created specifically for the anime.

dragonball was created by Akira Toriyama and premiered in Weekly Shonen Jump in 1984. The martial arts epic, which is loosely based on the classic Chinese novel Journey to the West, is widely considered one of the most influential shonen manga ever made, and is the third most popular manga series. sold all-time, with approximately 300 million copies in circulation worldwide. The adventures of Goku and his ever-growing circle of enemies-turned-friends continue to this day with the Dragon Ball Super manga and upcoming Dragon Ball Super: Super heroes movie, which will be released in North America this summer.

Why do so many anime fans say Isekai is trash?