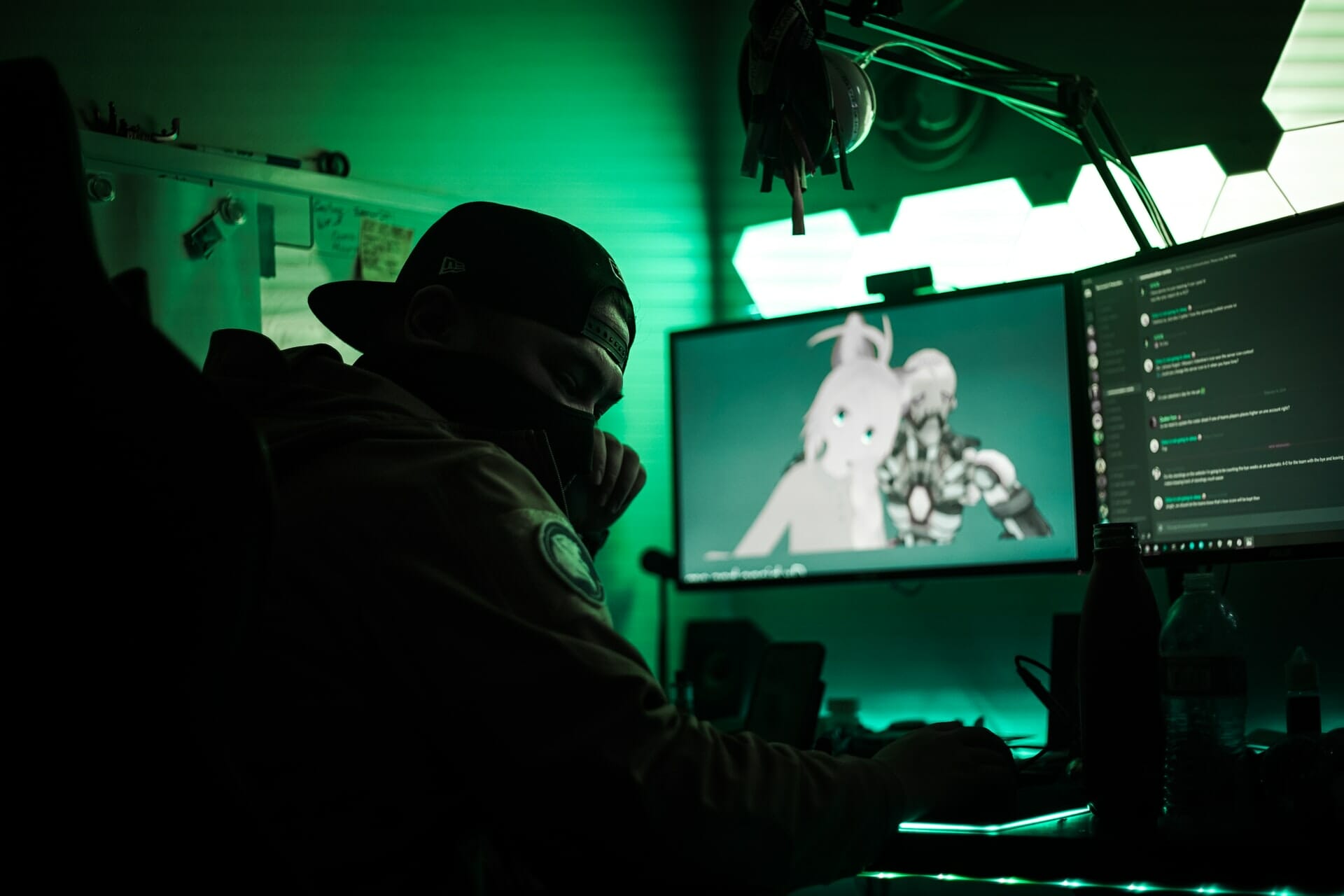 Real gamers use the best gaming browser: Opera GX – Get Early AccessOpera GX is a special version of the popular Opera browser specially designed to meet the needs of gamers. Packed with unique features, Opera GX will help you get the most out of everyday gaming and browsing:

The popularization of anime began in the early 1980s when the genre began to shape, both culturally and artistically, modern days in Japan.

A little later, as the Japanese gaming industry evolved and made a breakthrough globally, the whole world got a chance to play games based on their favorite anime.

At the time, games based on the anime were created primarily for Japanese consoles. Nowadays, many of them are available for Windows 10 PCs; and they get better with every sequel introduced.

In this way, we have prepared a list of PC games based on popular anime series. So if you are a fan of this genre, you will definitely find something to your liking.

What are the best anime games for your Windows 10 PC?

One of the fan favorite anime. Like Dragon Ball, it is enjoyable for all ages and makes you fall into this ninja world, pleasantly consuming your time and attention.

Ultimate Ninja Storm 4 is the latest installment in the STORM series and tells the story of the Fourth Great Ninja War.

The battle game with great visual experience and action-packed battles. The story mode is breathtaking and will satisfy both manga fans and newcomers alike.

You can choose from 61 characters to fight in online mode and try your fighting ninja skills against other players.

Once Story Mode is over, you have Adventure Mode, where you can do quests and find collectibles. This game will take more than 25 hours and you will not be dissatisfied.

This game is above all a great addition for fans of the series, but for newcomers it will serve as a great introduction to the Naruto universe.

If you are looking for a good price for Naruto Shippuden: Ultimate Ninja Storm 4, you should know that you can also find it available on Kinguin.

Dragon Ball (and its sequels) is one of the most popular anime titles of all time.

If you consider yourself a fan of this series, the second installment of Dragon Ball Xenoverse 2 is the right game for you.

Even if you are not used to the incredible story of Dragon Ball, this game will help you catch up.

Much like its predecessor, Dragon Ball Xenoverse 2 is a fighting RPG game set, you guess, in the Dragon Ball universe.

You play as the Time Patroller, two years after the end of the first part. With your fully personalized character, you travel through time to stop the past and future of the Dragon Ball world.

Additionally, there are five selectable breeds, each with their own perks and abilities. Additionally, the game’s new main hub, Canton City, is 7 times the size of Toki-Toki City since the first game.

Few of them add to the previous game and are a brilliant solution for multiplayer vs. / co-op battles.

?? Get Dragon Ball Xenoverse 2 from G2A

If you are looking for a good price for Dragon Ball Xenoverse 2, you should know that you can also find it available on Kinguin.

The Arc System Work franchise has been continuously praised for its technical gameplay, as well as its impressive graphics, and the latest version of the game seems to be no exception.

The vivid effects and character expressions provide users with immersive gameplay, far beyond anything they have experienced before.

The GGST soundtrack has over 55 songs, over 40 of which are background tracks for the story mode.

The installation of Guilty Gears Strive only takes a few minutes and you can download the full version in the specified directory.

The game is compatible with Windows 8/10 (64-bit OS required) and has minimum system requirements.

If you are looking for a good price for Guilty Gears Strive, be aware that you can also find it available on Kinguin, and also available on Green Man Gaming.

Indivisible is an action RPG known for its unique real-time combat mechanics and hand-drawn artistic animation.

The story revolves around Ajna, a rebellious teenage girl who has embarked on a quest to avenge her father’s death and the destruction of her village.

Many characters are based on South Asian folklore, and its Metroidvania-inspired platform complements that idea.

The breathtaking landscapes combine 2D sprites with 3D backgrounds, immersing the player in a fantasy world, notably thanks to the audio sensory experience offered by the official soundtrack.

Indivisible’s combat mechanics focus on juggling and combos. One thing that sets the game apart is the fact that it features real-time combat instead of turn-based.

Additionally, there are in-game tutorials on controls, including how to use Iddhi bars.

You can download Indivisible on any device that supports Windows 7/10. The minimum system requirements include a 64-bit processor, 6 GB of RAM, and a GeForce GTX 560 card for graphics.

If you are looking for a good price for Indivisible, you should know that you can also find it available on Kinguin and also available on Green Man Gaming.

If you are a fan of hack and slash action games, you should be familiar with the Devil May Cry series.

When Capcom created the first installment in 2001, based on Dante Alighieri’s Divine Comedy, no one expected such a revolutionary game.

15 years and 4 installments later, Devil May Cry is the household name in the video game industry.

The fifth part, the one we present to you in this list, is actually the restart of the first part. So a good start to make history.

You play as Dante, a half-demon-half-angel. He is on the road to revenge, trying to kill Mundus, the demon who killed his mother.

Dante is accompanied by his twin brother Vergil. As in all previous games, you can use your trusty sword, dual pistols, and many other upgradeable weapons.

In addition, there are two special abilities: Angel and Devil modes. These two have a particular impact in combat. The setting for the game is the modern Limbo city.

Devil May Cry 5 is a great title packed with action and a great story. Highly recommended.

Get Kinguin’s Devil May Cry 5

A lot of amazing RPGs are coming out of Japanese studios and Tales of Zestiria is far behind, for example, the Final Fantasy series.

You play as Sorey, bearer of the Seraphim power, in the fight against Helion, evil creatures who own the land of Glenwood.

Sorey is accompanied by various characters throughout the game, but his best friend, Mikleo, has been there from the start.

The combat system is faithful to the series, with a few innovations added. Battles now take place in the same setting in free roaming, and the world is bigger than in previous games.

Additionally, two characters can merge into a single entity and produce special attacks. The story is long enough to take up most of your time, so you will enjoy this game for a long time.

Get Tales of Zestiria from Kinguin

You can also find Tales of Zestiria available on G2A.

Attack on Titan is a hack & slash game that uses button mash gameplay and innovative movement with special equipment.

It closely follows the storyline of the original manga series. Players can choose up to 10 characters with different pros and cons, and the main objective is to kill humanoid giants.

Did I mention that the Titans’ favorite food is humans? So we have a war of extinction and few heroes who are going to stay between fragile humans and hungry Titans.

The fights are quick and players can easily get to know him. But, as the game progresses, a tactical approach is needed against tougher opponents.

Interesting concept worth it. And a good way to discover a story of the manga.

?? To have Attack on Titan / AOT Wings of Freedom Steam of G2A

If you are looking for a good price for Attack on Titan / AOT Wings of Freedom Steam, be aware that you can also find it available on Kinguin.

These are the games we have recruited for you. Even if you are not a big fan of anime culture, you may find them interesting and exciting.

What’s your favorite anime game of all time? Please tell us in a comments section.

Has this page been useful to you?