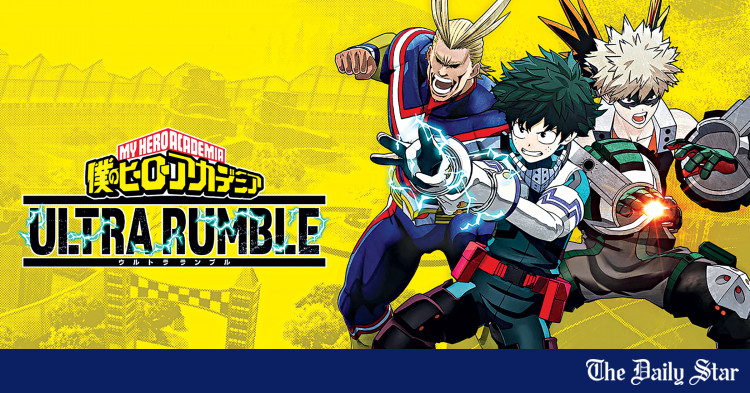 Anime Games For Fans To Look Forward To

With anime’s fan base larger than ever, franchises are taking this opportunity to venture into the gaming world to provide fans with a new, more interactive experience based on their anime.

Games have been made before, but they never quite reached their true potential. Many games have been created with little effort and lackluster visuals in an effort to get the maximum profit from the minimum investment.

For all the latest news, follow the Daily Star’s Google News channel.

As game developers release new plans for game releases in the near future, it looks like they are finally taking this genre of gaming seriously. Here are some of the games anime fans can look forward to.

Based on the popular manga The Seven Deadly Sins, Netmarble has released a trailer for an open-world RPG similar to Genshin Impact. It is planned to be released on mobile, PC and console. It will be the successor to The Seven Deadly Sins: Grand Cross, a very popular turn-based RPG among the Gacha gaming community.

The new game looks more interactive and visually appealing than its predecessor, and the producer describes the game as “MMOCCG” (Massively Multiplayer Online Character Collecting Game). It remains to be seen when the game will actually be released.

To celebrate its 20th anniversary, the Fullmetal Alchemist franchise is releasing its own mobile game developed by Square Enix. They released a teaser that shows gameplay where the Elric brothers are seen fighting a goon on top of a moving train.

The teaser indicates that it will be a fighting game with similar gameplay to Dragon Ball FighterZ and may have a story mode. It should be out this summer.

With several games already released around this popular anime, Bandai Namco has taken an unexpected route and will be releasing a battle royale game based on My Hero Academia. The beta was released in Japan where players have already gotten a taste of what the game will look like.

Like any other battle royale game, the objective is to survive until the end. But the game seems to have additional side missions and each character has unique skills and moves. It should be released on consoles and Steam this year.

It will be an RPG game developed by Pearl Abyss and Vic Game Studios, which should be released by 2022. Although the producer declined to say what type of gameplay there will be, the teaser shows that it could potentially be an open world game. The visuals have already excited Black Clover fans and are waiting for its release.

Because developers don’t want to release a lot of information about their games, it’s hard to tell what the final products will look like. Even so, the signs are good and it looks like anime fans are in for a treat.

Tamjidul Hoque likes to talk about football and watch anime. You can find it on twitter.com/TamjidulH24

2022-03-23
Previous Post: 10 Animated Movies That Are Actually Series Canon
Next Post: Anime Games For Fans To Look Forward To