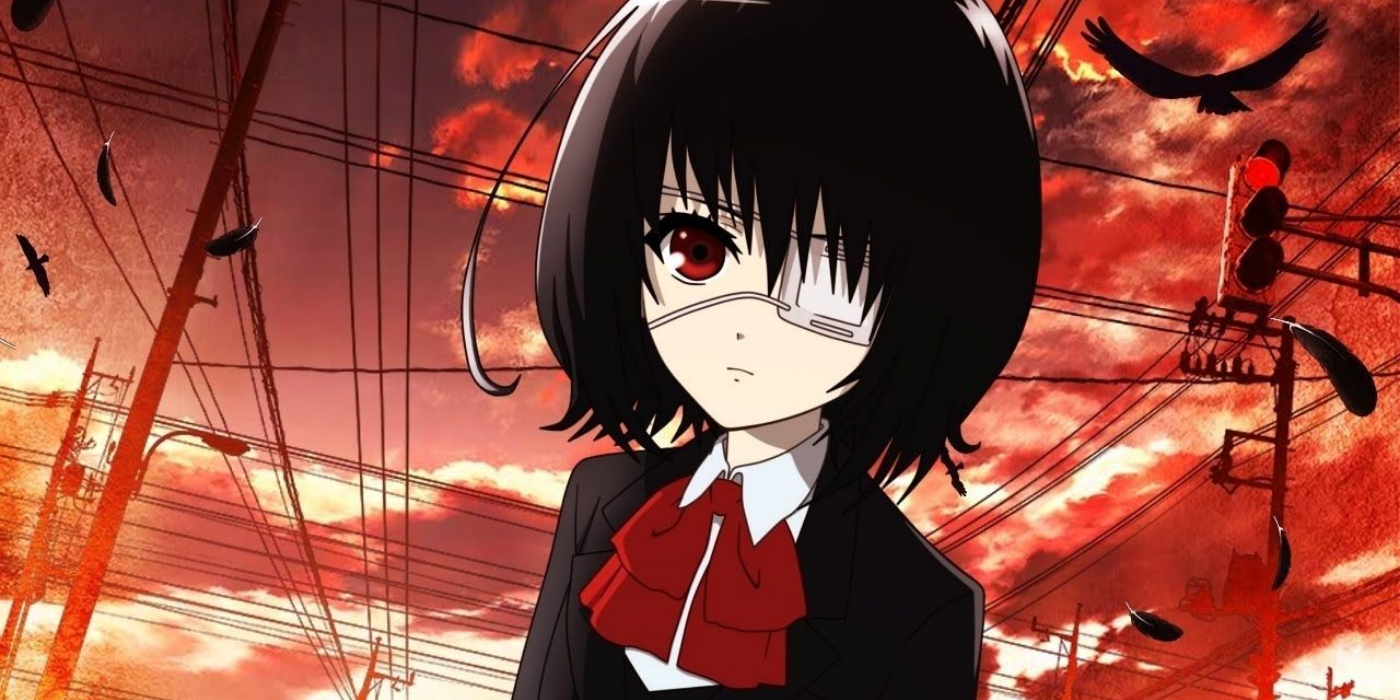 Another Ending Ruined The Anime Series

Aired in 2012, the horror anime Another captivated viewers with the complex rules of the cursed 9th grade class at Yomiyama North Middle School, as revealed by completely clueless new transfer student Kouichi. Living with his Aunt Reiko, he met a strange, ghostly girl named Mei whom none of his other classmates can apparently see. Unbeknownst to Kouichi, Class 3 has been cursed for 26 years, resulting in the death of one student or someone directly related to them every month until graduation. Indeed, for each class list, there is an additional student who is brought back from the dead. No one knows who the deceased student is, not even themselves, as everyone’s memory has been altered. Former students discovered 15 years ago that if a single student is singled out to be treated as if they don’t exist in the class, then the curse has a 50% chance of being lifted. The same class was also the first class to break the curse mid-year.

Thus, Mei is referred to as the “non-existent student” that year. Kouichi, unaware of what was going on because the class officer assigned to tell him, Izumi, was absent the first day, recognizes and talks to Mei, breaking the rules. When the students start dying, the students and teachers try to make Kouichi a non-existent student alongside Mei in order to fight the curse. This proves unsuccessful, so Kouichi, Reiko, and a few other students go to the beach to meet with Matsunaga, Reiko’s former classmate from Class 3 from 15 years ago to clear up the terms of the curse. He reveals that the only way to truly stop the curse is to kill the extra student, or “send the dead back to death”.

RELATED: How Mieruko-chan’s Season Finale Sets Up a Season 2

Mei eventually reveals that she has a twin sister who died right before Kouichi’s transfer and that technically caused the curse a month before everyone thought it. As the students of Class 3 go on a field trip to an inn near Yomiyama Shrine to pray for their safety, they begin to mistrust each other. Soon, the students are seized with fear and attempt to kill each other. Izumi comes to the conclusion that Mei is the extra student after another student claims to have gone to middle school and both of her eyes were intact. It instead turned out to be his secret twin sister.

After Izumi is killed by lightning-induced glass shards after trying to kill Mei, Mei reveals that it was actually the assistant homeroom teacher, Ms. Mikami, who turns out to be the aunt of Kouichi, Reiko. She was murdered a year and a half ago, and to break the curse, Kouichi takes it upon himself to kill her. After reflecting on the events of the year before their memories were finally erased, the students record a message for future students on how to break the curse, much like Matsunaga did for them.

RELATED: The Sad Story of What Happened at High School of the Dead

While the slow reveal of the curse through Kouichi’s perspective was well paced, the ending was very rushed. It seemed to have transformed from a suspenseful murder mystery to be solved into a battle royale. This sudden gender change coupled with Ms. Mikami’s outlandish reveal being Kouichi’s aunt Keiko has all along belittled what was supposed to be a big reveal. Many viewers complained that the whole buildup of finding the “extra student” was also ruined by making the extra student a teacher instead. The ending is often criticized for being too chaotic and suspenseful as the buildup of the previous 10 episodes is left to waste. It is also never revealed who or what was behind the curse in the first place.

From the outsider’s perspective, viewers were fascinated to uncover the secrets of the curse, and the suspense of who would die next left fans on their toes. Still, the gain was not satisfactory enough to conclude the trip. Another certainly had potential, but it’s certainly a testament that if the big reveal isn’t executed successfully, then all the buildup will be for naught.

Jenelle Catherina is a professional singer from Vegas who loves to write. She is an occasional anime/manga fan and occasional cosplayer currently training in voice acting. She is very happy to use her love of writing and her beloved keyboard (complete with banana switches and rainbow POM jelly caps). All social networks are under @jencattv and can also be found under https://linktr.ee/jencattv!

2022-03-27
Previous Post: 10 Animated Movies Better Than The TV Series
Next Post: 9 anime series that take themselves too seriously