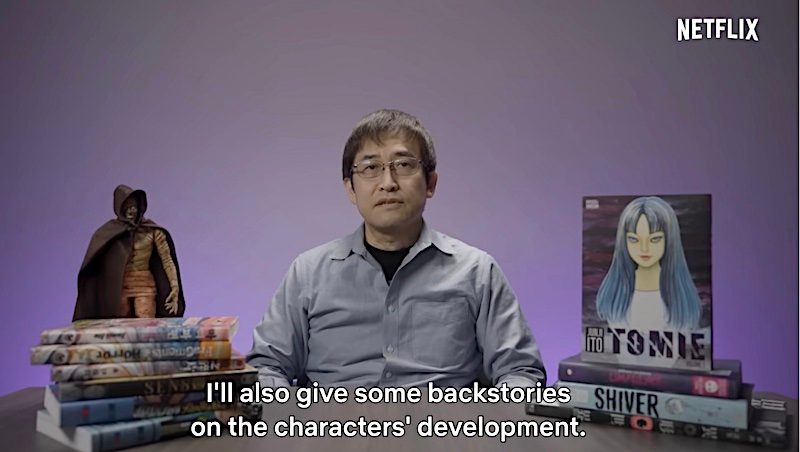 ‘Maniac: Japanese Tales of the Macabre’ will feature 20 stories by Junji Ito that will be brought to life for the first time

Manila, Philippines – Get ready for a twisted and terrifying new experience as Netflix announced Thursday, June 9 that Junji Ito Maniac: Japanese Tales of the Macabre is under construction.

According to the famous master of Japanese horror himself, Maniac: Japanese Tales of the Macabre will feature 20 of his famous stories that will be adapted into anime for the first time.

Ito was invited by the streaming platform to personally share the details of the upcoming anime series on the third day of Geek Week 2022. The nearly four-minute video shows Ito detailing the three stories to be animated: Tomie, Souichiand Hanging balloons.

“It’s also that feeling when someone close suddenly dies and the disbelief that comes with it. It’s that feeling when you think that person might still show up at any time,” Ito said while by sharing the story of his first work in 1987, Tomie.

Tomie focuses on the main character: a beautiful and mysterious woman named Tomie Kawakamiwho acts as a succubus, possessing an undisclosed power to make any man fall in love with her. She gets killed several times but somehow reappears to spread her curse on other victims.

Souichi, of Souichi series, is about a mischievous boy who uses dark magic to fulfill his dark desires. Ito pointed out how Souichi’s eyes bring out the horror and emotions in the character design.

Finally, Terumi Fujino from Hanging balloons comes from Ito’s image of a corpse hanging by the neck from a giant balloon. The story is meant to reflect suicidal urges and mass hallucinations.

Since Tomie and Souichi appear in several other Junji Ito collections, he announced that the specific stories to be adapted have yet to be confirmed. Along with character development stories, Ito also shared some of his artwork to celebrate the announcement of the new project.

Junji Ito is a Japanese horror mangaka. Some of his most notable works include Tomie, Uzumakiand Gyo. Tomie was adapted into a series of live-action films and an anthology television series. Uzumakion the other hand, is still in preparation to be adapted into an anime and is scheduled to be released in October 2022.

Maniac: Japanese Tales of the Macabre is slated for release in 2023. – with reporting by Rainielle Kyle Guison/Rappler.com