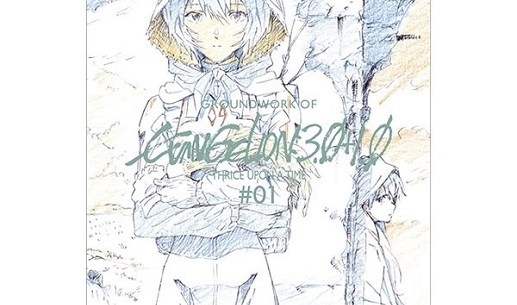 Evangelion: 3.0+1.0 Once Upon a Time is one of those rare film projects that had both the time and the budget to end up looking exactly like the creators intended. It’s a rare thing in the resource-strapped world of anime, but it’s the kind of luxury you can afford when putting the finishing touches on a 26-year-old franchise so influential it has reshaped industry.

So now, to celebrate the first anniversary of Once upon a time theatrical premiere in Japan, an incredible production art collection because the movie is coming out.

The book, which reproduces the genga in A4 (29.7 by 21 centimeters [11.7 by 8.3 inches]) size, provides a behind-the-scenes look at the making of the scenes in Once upon a timebecause it also includes layout diagrams, before-and-after-review artwork, and even a partial timesheet for producing the animation.

The density of the art review means that the book only has room for the first part of the film (the Jokan part of the title means the “upper” or the first volume of a series), but it looks like there’s plenty to hold the interest of illustration and anime fans here until the next one comes out delivered.

Pre-orders for Rebuild of Evangelion Genga Collection First Volume are open now via the Evangelion Store storefront on Yahoo! Japan for 4,070 yen (US$35) here, with shipping expected in late May. And if you need something to get you by then, Eva Creator Hideaki Anno recently answered fan questions about the series, including whether or not he’d be up for riding in the cockpit of an Eva unit.

Source: Evangelion Shop/Yahoo! Japan via IT media
Pictures: Evangelion Shop
● Want to be up to date with the latest articles from SoraNews24 as soon as they are published? Follow us on Facebook and Twitter!