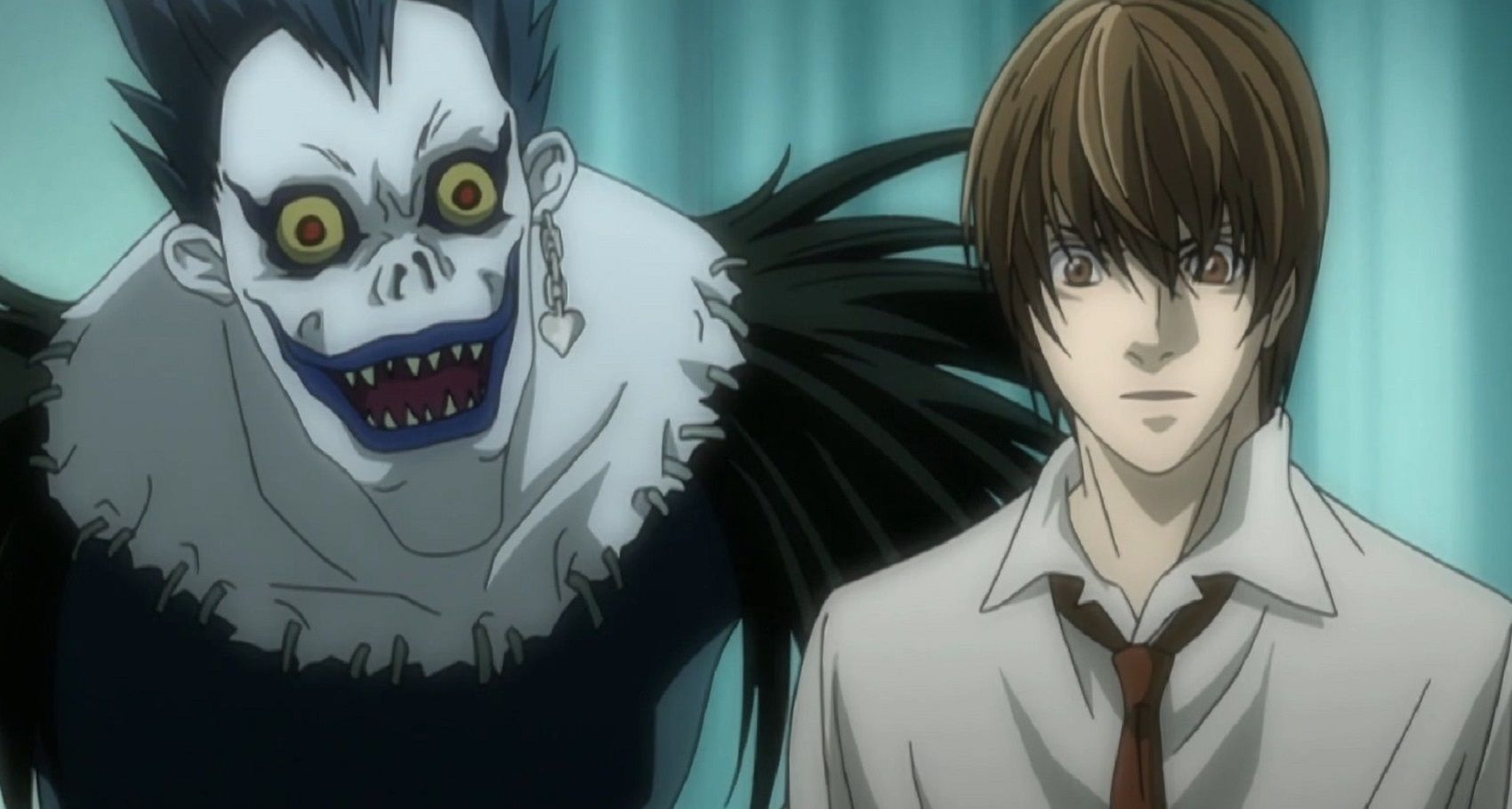 Since its launch in 2020, HBO Max has been a leader in providing exciting, new and accessible content. HBO has always had a great catalog of movies, but they’ve also made some of the best original series and movies in decades. They know the content and what their viewers like. They do not market exclusively to a defined audience. They provide entertainment for everyone. That being said, it makes sense that they also have a great anime catalog.

HBO Max is home to many fans of popular anime series that fans know and love. However, they don’t stop there as they also offer a great selection of lesser-known shows. Here you can find the best of the streaming service. So, without further ado, here are the best anime series to watch on HBO Max.

Kenshin Himura is a legendary samurai warrior who has vowed never to kill again. In an attempt to make amends for his past acts, he wanders in Japan to be forgiven. However, defending his new ideals is proving more difficult than he first thought, as problems always seem to find him and his friends, and test his code. Even after more than 25 years, Rurouni Kenshin is still one of the best anime of the samurai genre. With a great mix of romance, action, and history set against a realistic 1870s Japanese backdrop, it’s a tale like no other. Unlike your typical hack and slash samurai story, this series deals with themes like philosophy and morality, two things Kenshin struggles with as he tries to change his life for the better.

Erased is an excellent psychological thriller and one of the best time travel stories in recent memory. With a unique ability to travel through time, Satoru Fujinuma goes back 18 years to stop his mother’s death. However, his priorities change when he takes on the task of solving a series of kidnappings. Erased tells a deeply human story of loss, abuse and loneliness. It benefits from a well-crafted plot, characters you can relate to, and great music that complements its central themes. But, as a warning to anyone watching this series, this is not an easy going show. Erased has earned his reputation for being emotionally manipulative and has his fair share of heartbreaking scenes, so he can be best if seen in small doses.

8 Your lie in April

Here’s another show known for touching the heartstrings. Following the death of his mother, a gifted pianist loses his passion for music. The strings stop making noise in his ears and he begins to see the world in shades of gray. He shuts himself away from anything that gives him joy. Then he meets another person gifted for music, a girl passionate about the violin. With his friendship and love of music, he soon begins to rediscover his own passions as he begins to cope with his loss. Your lie in April is a fantastic story about the power of music and how it can heal even the most broken souls. But, just like Deleted, maybe he should also be watched in small doses as he has no problem using his relatable characters to knock viewers into their feelings.

Shigeo Kageyama is an eighth grader called “Mob” and he has psychic abilities within him. It’s really not clear how dangerous these powers are. To compound this knowledge, he doesn’t know how to control them. So, like any naive child would, he uses his powers to try and impress his school crush. When he seeks help, he finds it in the form of Arataka Eigen, who is in fact a con artist. Mob soon finds himself with the unwanted responsibility of exorcising evil spirits while protecting everyone from him and his demonic abilities. Mob Psycho 100 is one of many shows on this list that boasts some fantastic animation and a surprisingly punchy story.

Anime fans are more than likely familiar with the critically acclaimed Berserk franchise. It’s a story so brutal, graphic and relentless it can give Game of thrones a run for its money. In 2020, HBO Max began streaming the 2016 anime adaptation of the violent manga series. IT follows former mercenary Guts / The Black Swordsman, a traveling warrior who constantly moves due to a curse mark that draws enemies towards him. He won’t stop until he finds a cure for his curse and revenge on the old friend who betrayed him. With bloody, hardcore animation and violence, Berserk is a go-all-out series in all of its over-the-top, carnage-fueled glory as Guts crosses enemy territory and slaughters wave after wave of creatures with his ridiculously huge sword.

This anime has quickly become a favorite since it started airing on HBO Max late last year. The story follows Yugi Itadori as he falls head first into the world of jujutsu witchcraft. After eating a cursed item, Yugi becomes the ship of an extremely dangerous being known as Ryomen Sukuna, the King of Curses. To rid the world of this being, Yuji joins Jujutsu Tech, the School of Wizards, and sets out to retrieve Sukuna’s remaining cursed items to exorcise her in her full form. Jujutsu Kaisen’s breathtaking animation comes from MAPPA studios, the same company behind the fourth season of The attack of the Titans. With its unique animation, likable characters, and healthy mix of humor and dark fantasy, it’s no wonder this series has become a favorite. The first season ended this year and the second is slated to air in the spring of next year.

Another emotional series on this list, To your eternity, is a heartfelt story about growth, friendship and self-discovery. The series revolves around a mysterious orb that can take the form of any terrestrial object. For the purposes of this show, he takes the form of a white wolf. As it transforms and changes form, it expands its understanding of the world and develops its knowledge and understanding of the world. In addition, it releases the ability to feel different emotions and explore perspectives. This first season followed the Orbs’ bond with a white-haired boy. Since the series follows the “immortal” life of the Orb, it may skip different time periods over the coming seasons as it continues to learn about the human condition.

As young boys, the Elric brothers attempted to perform a forbidden ritual. In attempting to bring their mother back from the dead, both brothers were physically changed. Edward lost his arm and leg, while Alphonse lost his entire body, only surviving by having his soul pierced through armor. Since then, they’ve come a long way to get their bodies back to what it used to be. To do this, they must find a Philosopher’s Stone. Fullmetal Alchemist: fraternity is one of the definitive Shonen anime, packed with thrilling action, tense situations, memorable characters, and wacky humor. HBO Max scored when they added this series.

With over 140 episodes, Hunter X Hunter is a huge fan favorite and a more than welcome addition to HBO Max’s impressive catalog of anime. Set in the world of hunters, these characters defeat criminals and travel the world in search of lost treasures. One of these hunters is a 12 year old boy named Gon Freecss. Rather than looking for treasure, the boy hunts his long lost father, who is also a hunter. Gon meets many unique characters and makes good friends along the way, including Leorio, Kurapika, and Killua. They take the hunter exam together, but there are a lot of enemies along the way and a lot of lessons to learn.

The Death Note is a book that kills all those whose names the user puts in it. They are generally used by the shinigami, beings who act like reapers. Ryuk is one of them, and when he drops his Death Note in the Human Realm, he is found by a high school student named Light Yagami. With Ryuk watching over his shoulder, Light uses the book to kill criminals. His intentions are good, but with the ultimate weapon in his hands and his genius intellect, he is quickly bewitched by the power of the book, developing a divine complex and going beyond the simple murder of criminals. He kills anyone who opposes him. One of those characters is the enigmatic sleuth known only as L, who begins searching for Light after hundreds of criminals start dying suspiciously. Death threat‘s the introduction in 2006 earned the series an incredible 100% over Rotton Tomatoes and is considered to be one of the best intro anime of all time. With elements of mystery and tons of suspense, this animated cat and mouse game reinforces some of the best anime tales. He created an everlasting legacy among shows of this genre.

The Batman team are so convinced that they are making the best Batman movie ever made that they even told Christopher Nolan about it.

2021-12-23
Previous Post: Top 6 anime games for Android and iOS
Next Post: An In-Depth Look at the “Attack on Titan” Anime Series