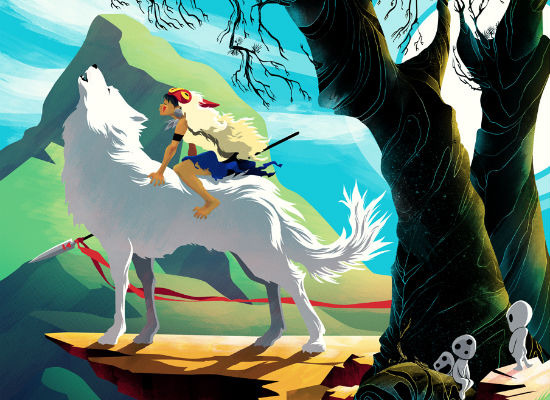 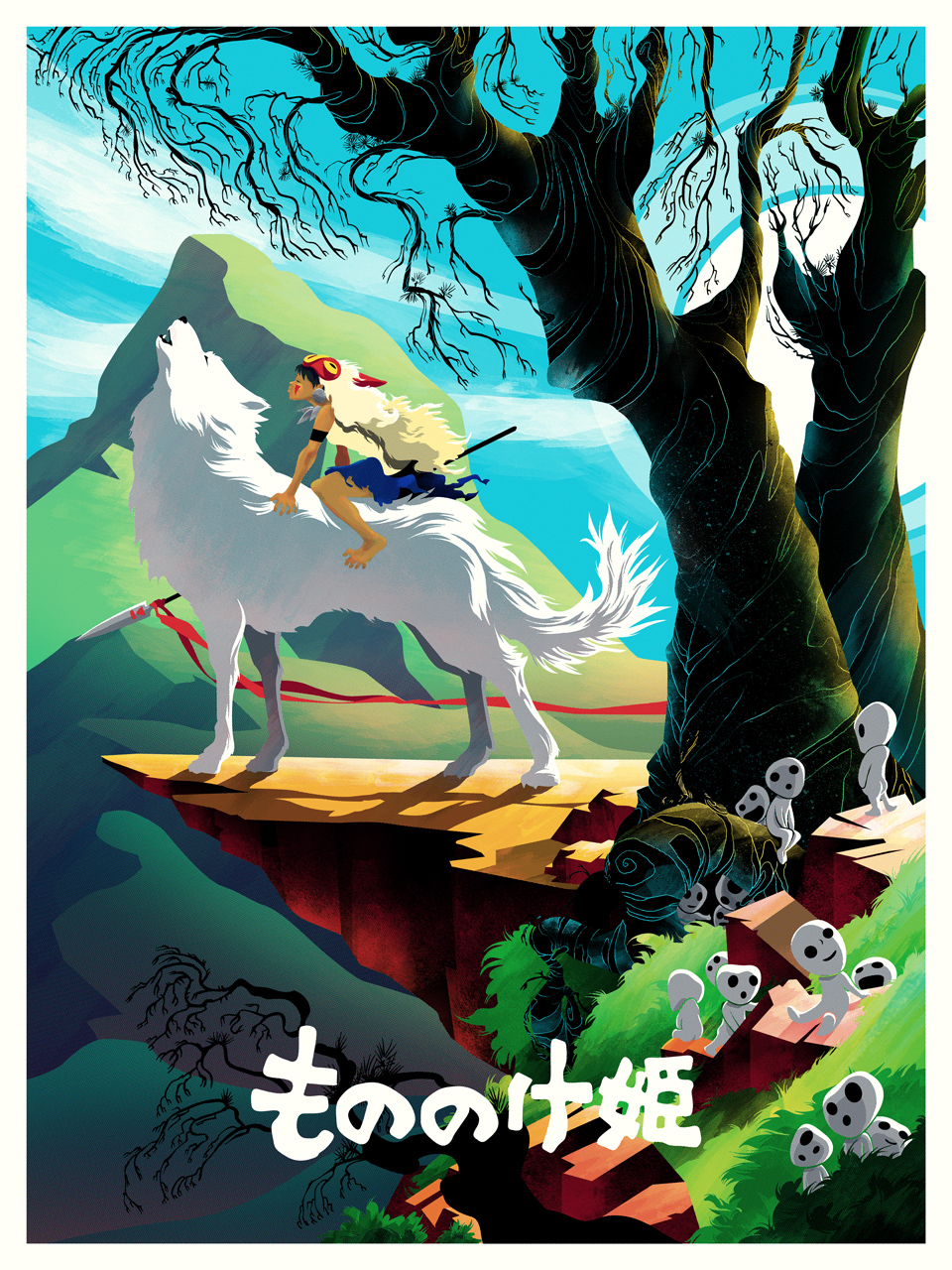 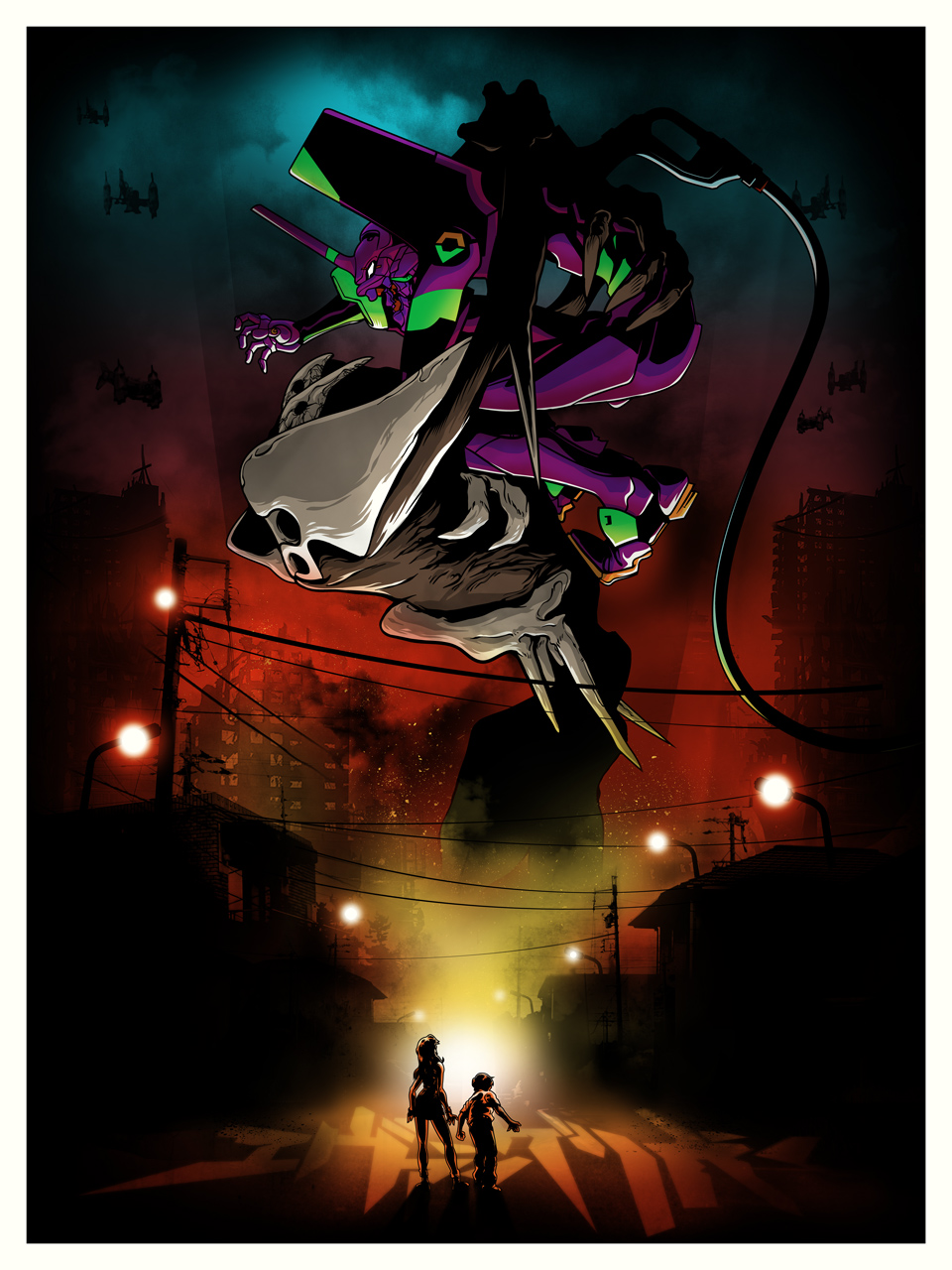 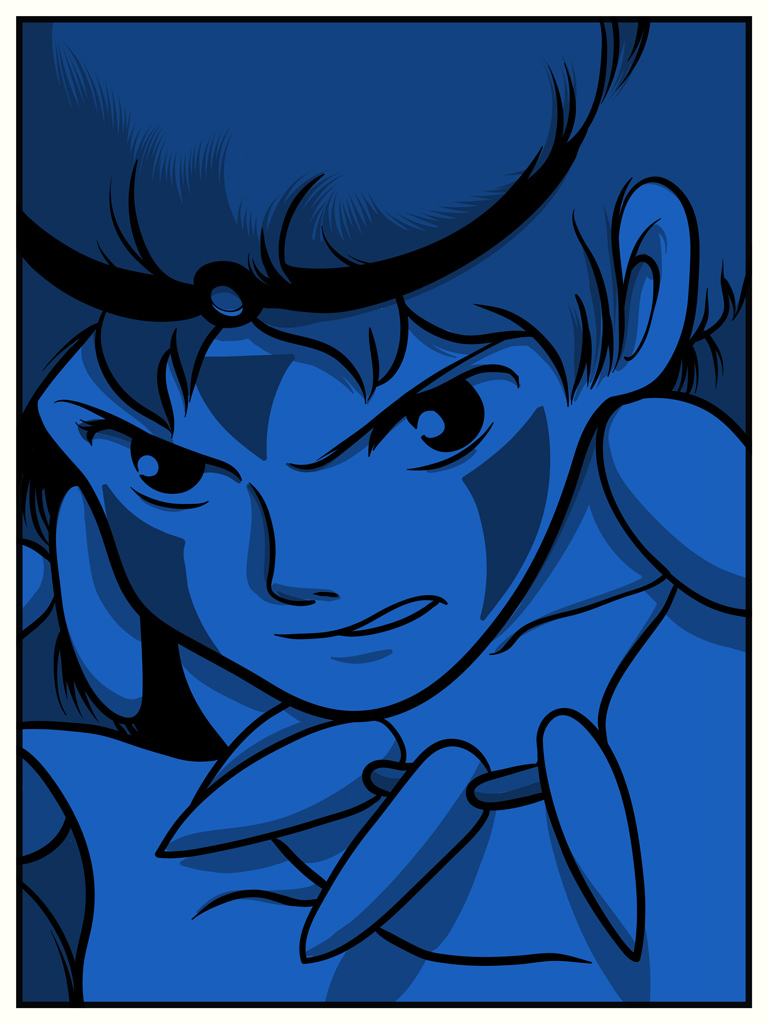 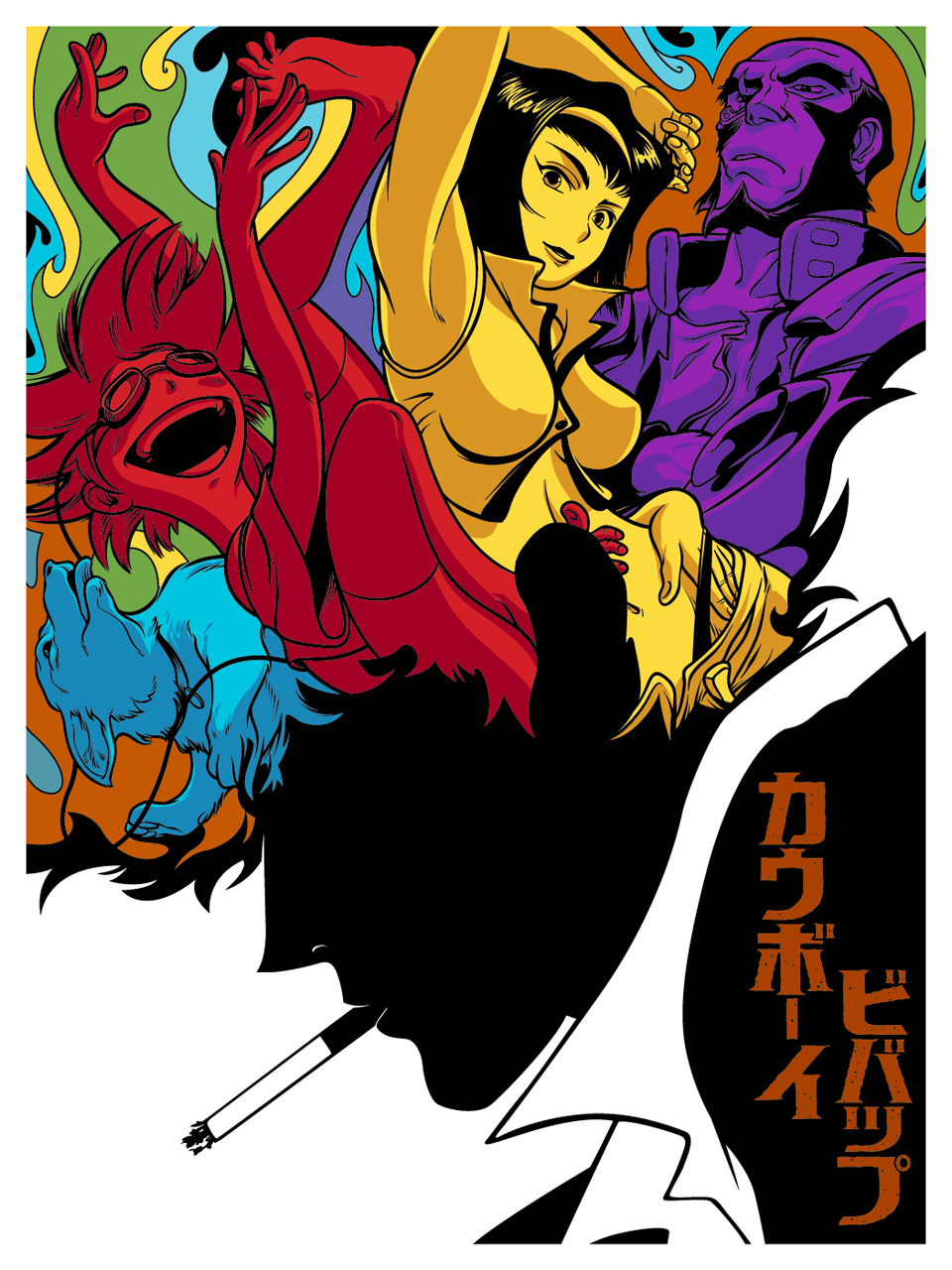 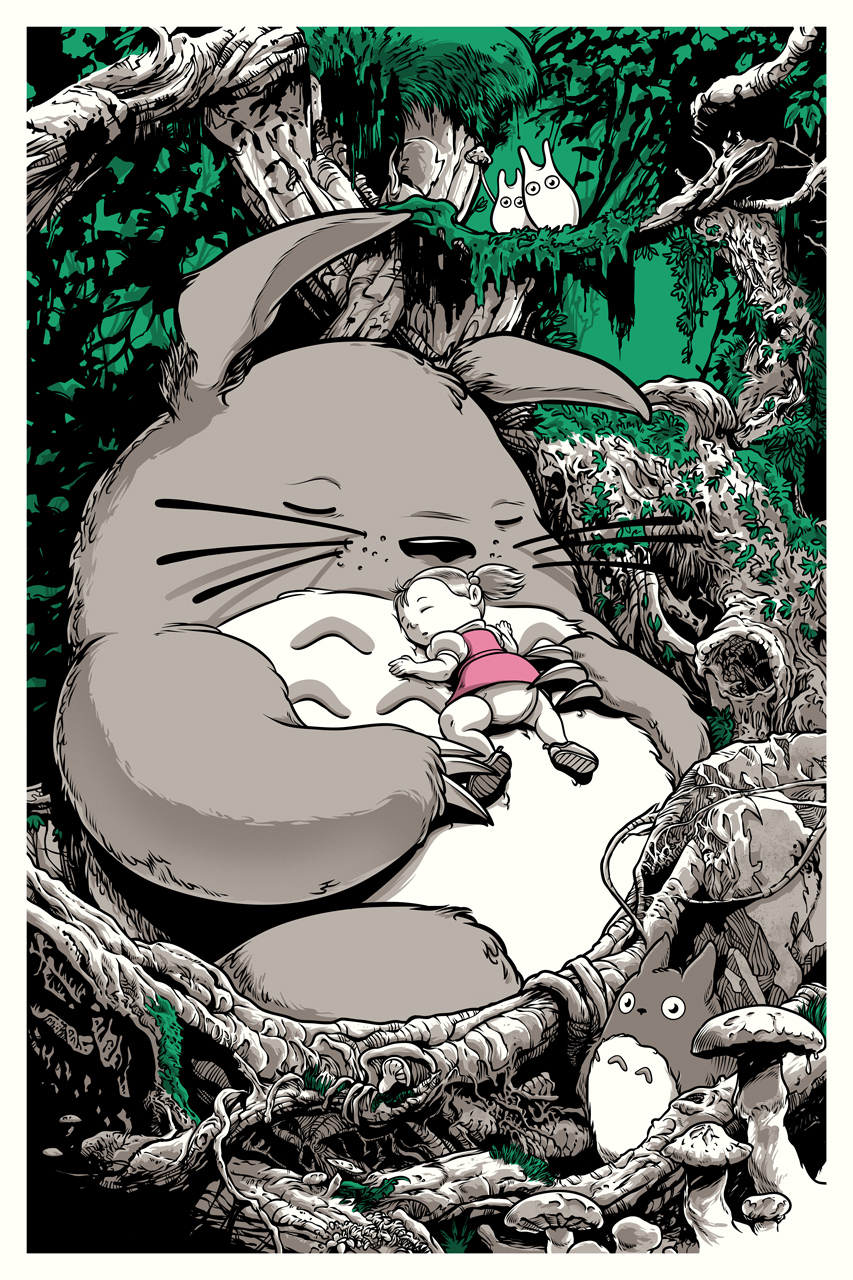 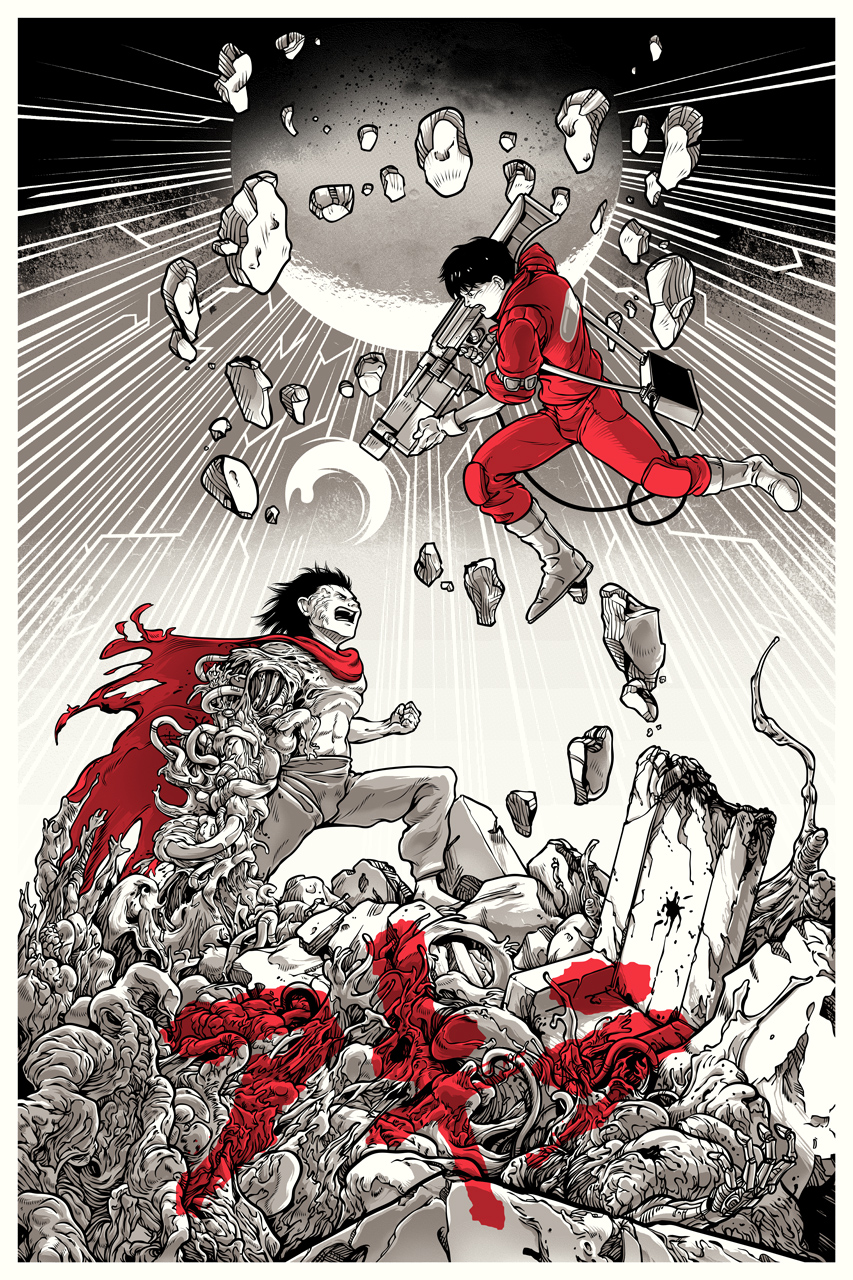 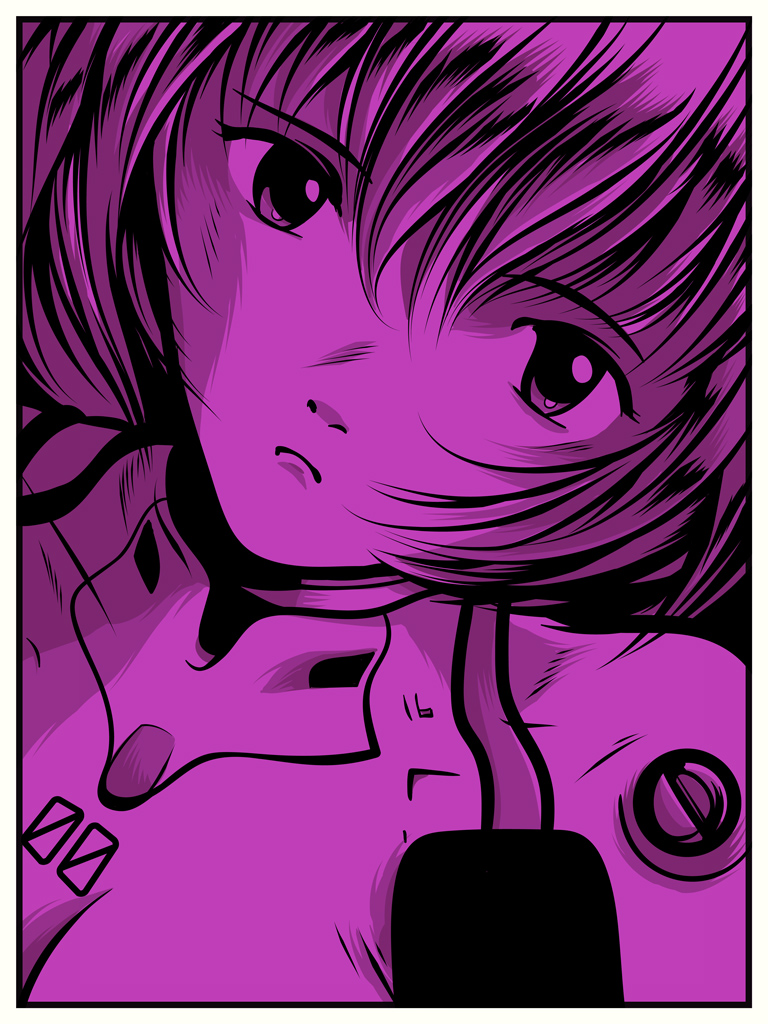 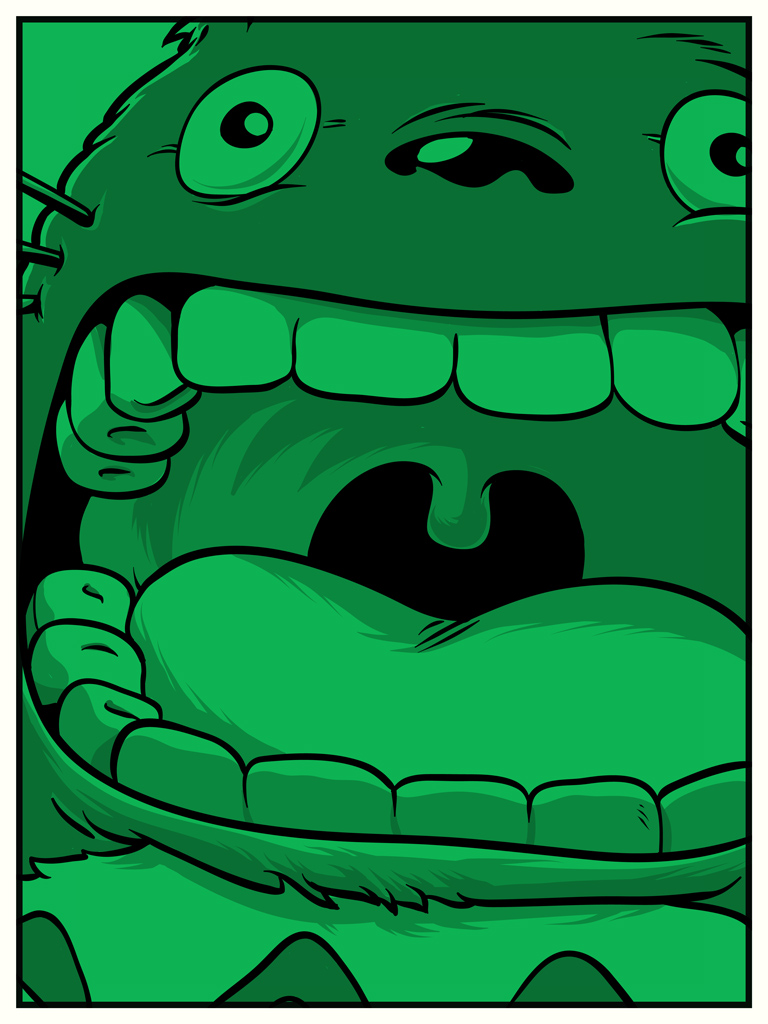 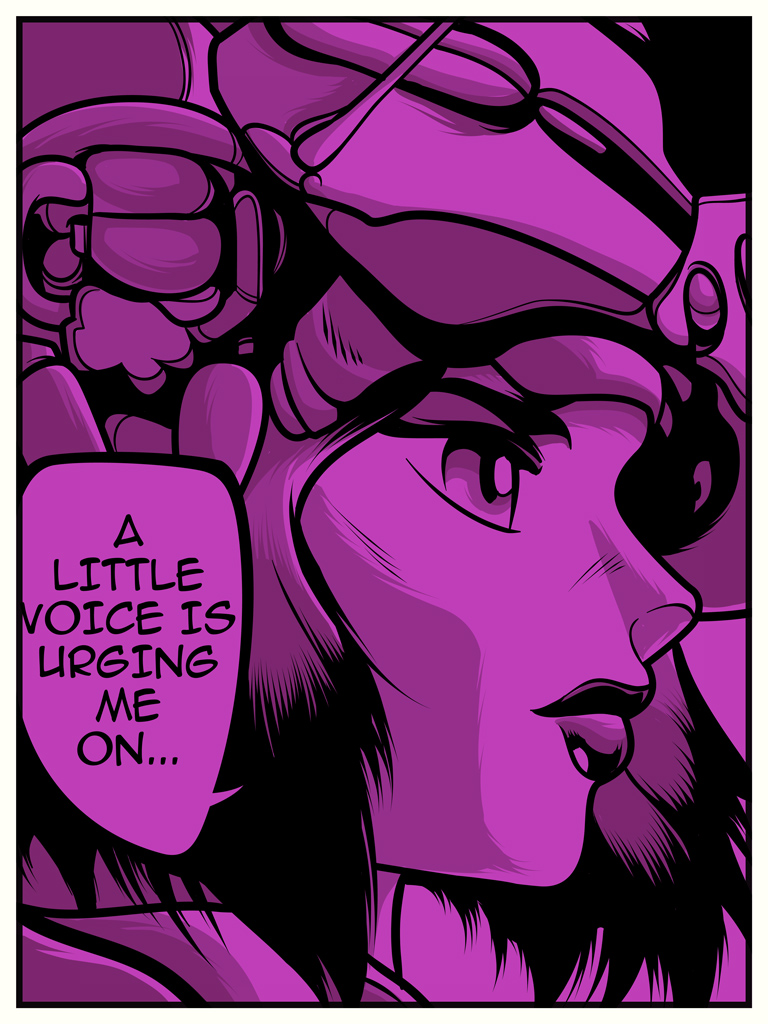 The Akira the print above has a glow in the dark variant, which we’re proud to launch as an exclusive. Here is the bright picture, and how it looks in the dark. 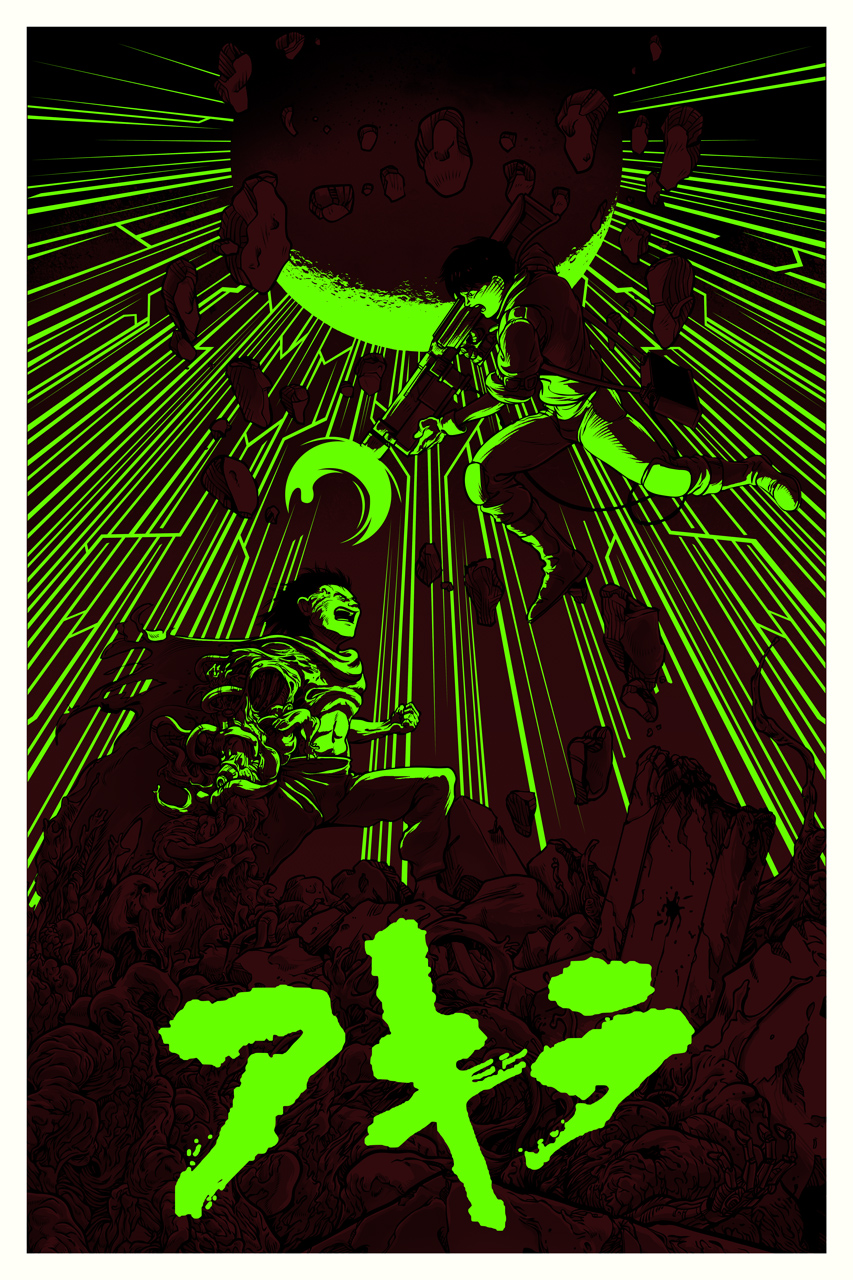 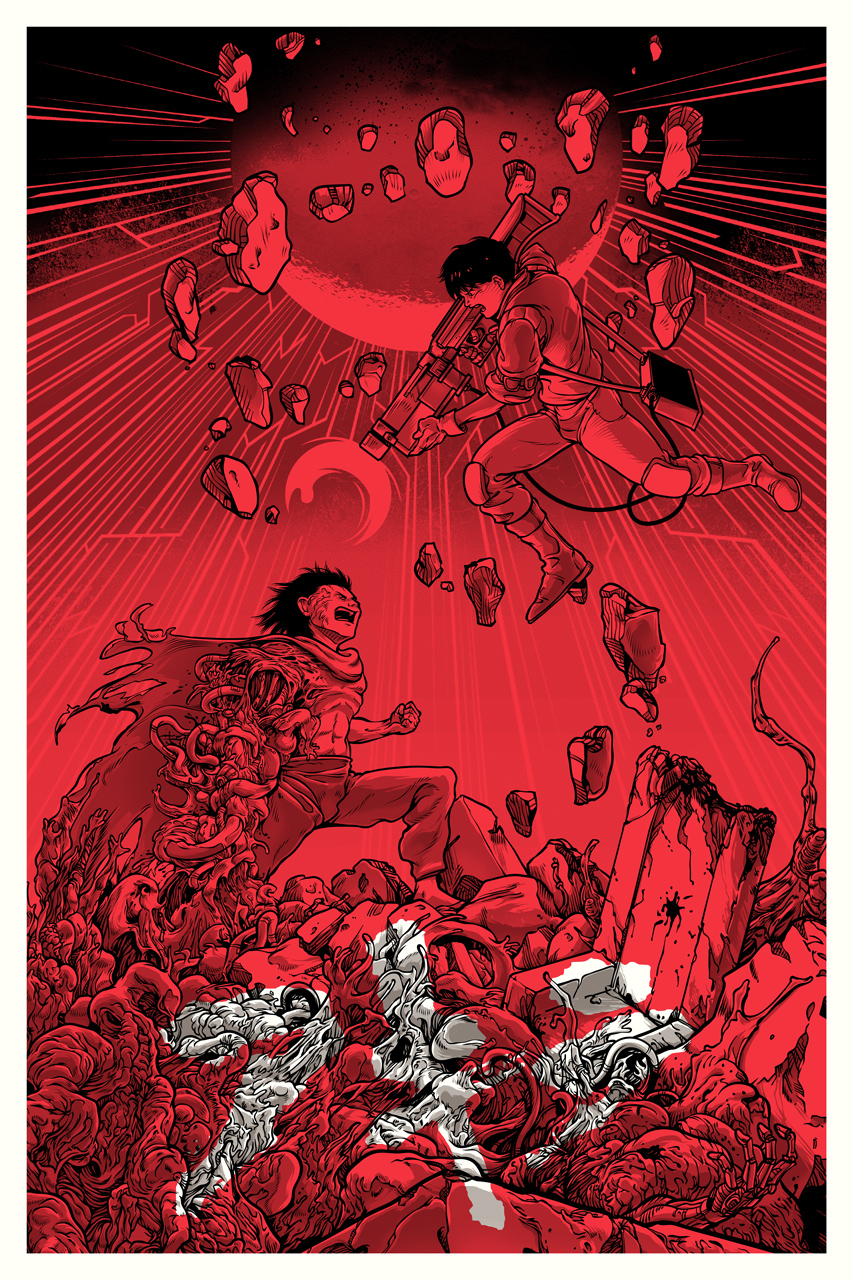 We asked Budich to tell us about the exhibit and here is his response:

When Spoke Art first approached me over the summer about a solo show in October, we immediately started talking about anime. While serving my time in the printmaking game, I have had many wide and varied opportunities to pay homage to a number of things that have influenced me and my art. But, with this “big stage” opportunity, I felt I needed to explore something a bit off the beaten path. Something that so far I’ve only had a few opportunities to dive into.

Growing up as an ’80s kid, during what I would call the heyday of the Saturday morning cartoon manna, I would naturally become a big cartoon junkie … er, fan! I can stop whenever I want! But, come to think of it, there are several pivotal moments where the Japanese-style animation blew me away. Watch AKIRA for the first time (almost 20 years ago now … damn it!); perception altering. And, my recent first viewing of “My Neighbor Totoro” which I shared with our 6 year old son. Sublime perfection!

The hyper-stylized and frenzied animation was like a flash of inspiration. Once I got a taste of it, my eyes opened to a whole new world of characters and themes. I was no longer attached to a narrow, pseudo-realistic approach to art. Anime has had a huge influence on my work.