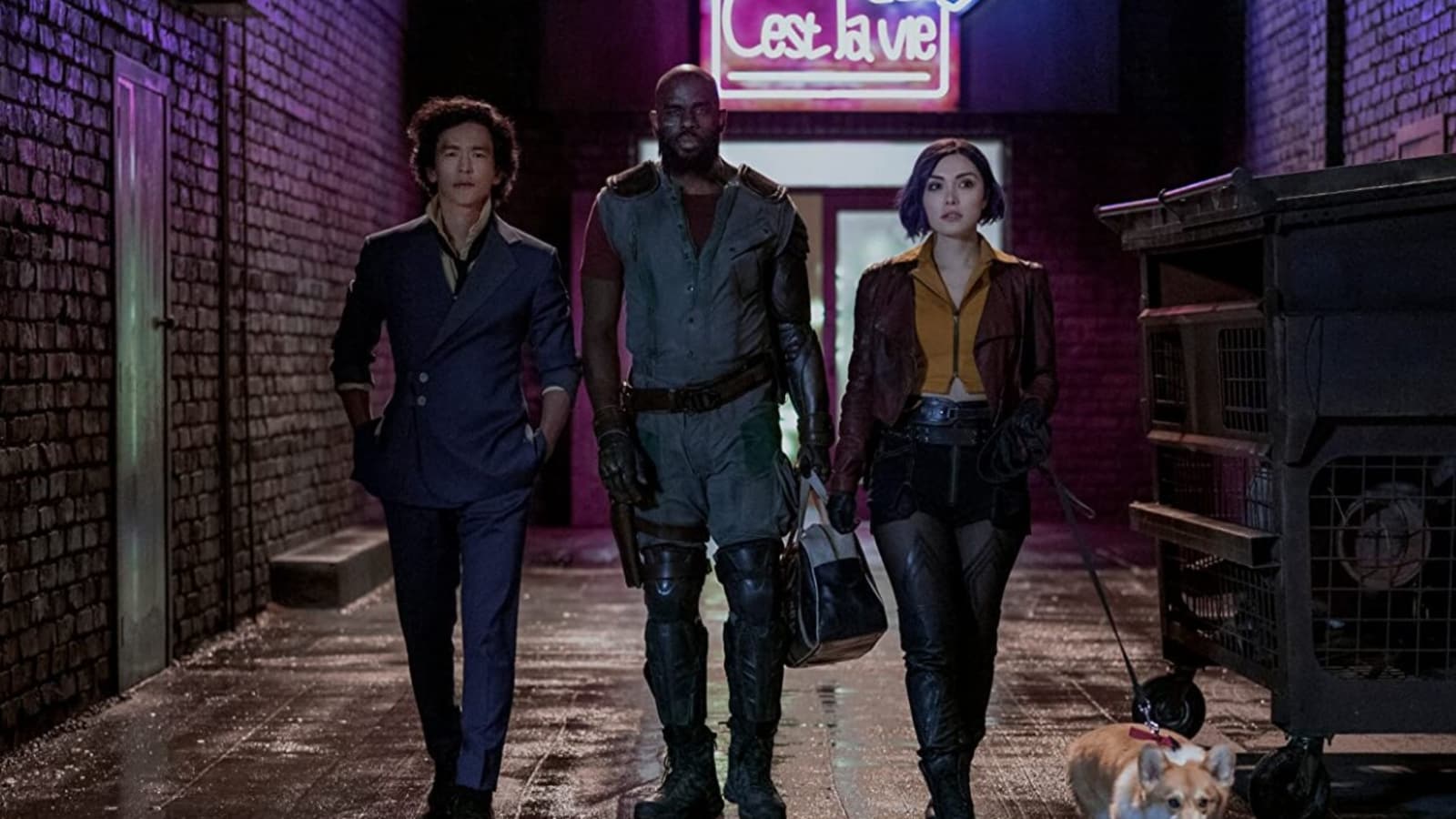 Cowboy Bebop: Why Netflix’s Live-Action Adaptation Of A Cult Animated Series Is A Super-Flop | Web series

Does Netflix know how much they botched their live-action adaptation of Cowboy Bebop? Fans of the classic anime already hate him. New viewers will either think this is an average Netflix sci-fi series like Altered Carbon or The OA, or at best, mild curiosity, like Dirk Gently’s Holistic Detective Agency. The funny thing is that Netflix also streams all 26 episodes of the anime, so anyone can watch and compare.

That’s not all. In the run-up to release on November 19, Netflix’s social media team had posted videos in which scenes from the new series are placed alongside moments from the anime that inspired them, hoping they would. could get fan approval. But that only invited more judgment. It’s almost like Netflix has prepared for failure.

Why is Cowboy Bebop legendary?

The characters themselves are more archetypes than flesh and blood humans. The unruly, trigger-happy Spike, a hitman who left the Red Dragon crime syndicate, is a Western hero. Her partner Jet, who left the police after being disgusted with his corruption, is straight out of film noir, as is Faye, with her femme fatale ways.

All three feel betrayed by individuals or institutions they trusted in their past and who continue to haunt them. The group’s otaku representative, Radical Edward, is also unsure of their past. Even Dog Ein, with his history of experimenting with scientists, is not spared the full lineage of the show’s unsolved past. All five seek closure, but they mostly have fun in the 26 episodes, only nine of which concern their individual stories. The rest involves the group stalking scum across the solar system.

What is most striking about Watanabe’s animated series, and the factor that made it iconic and highly regarded, is his attitude of unbridled freshness. The fluidity with which the multi-genre influences of Cowboy Bebop blend and flow like fusion music or free jazz, is difficult for another team to replicate because it is so distinctive.

Cowboy Bebop’s legacy is like that of Quentin Tarantino’s Pulp Fiction. Tarantino, the master deejay of cinema, cuts and cuts a hundred different films and builds something seemingly new from the parts. His second film, Pulp Fiction, provided the roadmap for other copycat directors, such as Gary Fleder, with Things to Do in Denver When You’re Dead (1995) and Doug Liman with Go (1999). Pulp Fiction clones aren’t quite the same as Pulp Fiction, are they? Such was the confidence of Watanabe and his team in the hipness of their work that they called Cowboy Bebop a ‘new genre in itself’.

What went wrong with the live adaptation

An episode of the Cowboy Bebop anime has a stand-alone story, unless it has two parts, and is no longer than 25 minutes. Of course, the pace is steady. The dialogue is tough, given the show’s roots in the black and Western genres. The humor is dry. Because the characters are archetypes, they don’t speak much, and most of the time hover to create an impression on the viewer. The main villain, Vicious, who only appears in four episodes, is the best example of this. His girlfriend Julia, who is Spike’s lost love, is seen even less in the animated series. The two are profiled as ghosts rather than being solidly engraved characters.

The live-action Cowboy Bebop series created by Andre Nemec has 10 episodes between 35 and 60 minutes in length, and yet hardly manages to communicate the value of an anime episode when it comes to storytelling or inventiveness.

Nemec’s attempt is to turn Impressionist characters into full-fledged human beings, add more meat to their interpersonal drama, and flesh out the thin plot of the animated series. This may be a wrong idea, but not necessarily a bad one. But the writing is exceptionally terrible, and doesn’t help Nemec’s attempt to over-explain the original’s tapestry and its implicit themes, to make it easily digestible for an imaginary audience that doesn’t watch anime.

For example, Vicious and Julia, who rarely appear in the animated series and therefore are impenetrable, appear in just about every episode of the live-action adaptation. This means that the characters of Vicious (Alex Hassell) and Julia (Elena Satine) have been extended. What we get are a mean, abusive husband in Vicious (among the many unnecessary and weird additions to the live-action series, Vicious and Julia are now married) and Julia, who is a damsel in distress. Vicious can also be a little weak at times. The animated series Vicious was, as the name suggests, a ruthless snake and fierce fighter, while Julia from the anime had an angelic vibe that doesn’t touch me. Turning them into a bickering couple caught in a bad marriage threatens to turn Cowboy Bebop into a soap opera.

Now apply what Nemec did with Vicious and Julia to the rest of the series, and you’ll get a feel for how good it is. Spike, who exudes effortless freshness, is played by John Cho. His on-screen presence is just too warm and awesome for him to successfully play a dangerous hitman who is either dark or ironic. Spike’s frequent jokes with Jet are among the highlights of the animated series. There, the exchange of dialogue between them is lively and cut to the bone. Here, Spike’s conversations with Jet (Mustafa Shakir) aren’t just inflated to the point that they sound like unnecessary words written just to fill 10 episodes.

As for Faye (Daniella Pineda), a positive change takes away from the character her supersexualized physicality. But Nemec stole Faye’s sex load with it. In the animated series, she is often shown to use her sexuality to cheat on men and do whatever she wants. In the live-action series, this aspect practically disappears. It only gets a shallow nod, as do many other elements the creators feared they would have to keep in order not to piss off the fandom.

Instead, Faye is now queer. Why? No idea. Why is Jet now a black man? No idea. An exercise in representing LGBTQ and people of color? Sure, but why and how does this help the story? No idea. At least the decision to make Gren explicitly non-binary makes sense. The Gren anime is about a man who develops breasts after being experimented with drugs that imbalance hormones while imprisoned. In the series, he is played by non-binary actor Mason Alexander Park. The Gren anime is a veteran, good fighter, cool cat playing saxophone in a bar. In the series, Gren lost the saxophone and is seen coaching burlesque dancers and chatting with the bosses of their club. Why? No idea.

Cho, Shakir, Pineda, Satine, and Hassell try to do their best with bad material, but they can’t do it all. It’s pretty hard to keep watching them cosplay as Cowboy Bebop characters. Joss Whedon’s jokes in the dialogue are torture to endure.

It is not just a matter of nitpicking. A creator has every right to alter pieces of their source material, but Nemec’s decisions, instead of improving the story, or at least maintaining the same standard, turn Cowboy Bebop into a sloppy mess. The stories of many of the colorful villains in the anime are changed, which is good, except the changes make the story worse. It hurts how boring absolutely excellent villains like Mad Pierrot or Teddy Bomber are made by Nemec.

Fortunately, Radical Edward is absent from the entire series, until the last seconds of the finale. He’s a pretty tricky character to capture in live action. The Edward (Eden Perkins) that we see brings no hope.

The directing of Alex Garcia Lopez and Michael Katleman is equally uninspiring. Lacking a true vision like Watanabe’s, they try to convey a sense of style with endless Dutch angles, reminiscent of one of the worst movies of all time, Battlefield Earth (2000). The series is loaded with music. While anime songwriter Yoko Kanno is also part of the live-action series, the directors just don’t know how to use her sheet music. Watanabe used his music sparingly so that after a section of silence his tunes made the difference when they appeared. Here they feel so exhausted, it’s maddening.

The locations of the Cowboy Bebop anime, although they are spread across various planets and moons in the solar system, and frequently change gender, seem to come together. There is a ramshackle post-apocalyptic quality to the streets, buildings, and cities of the anime, regardless of where it is Earth, Mars, or Jupiter. The locations of the live-action series seem to have no connection to each other. One instant the characters are inside a spaceship, which looks like anything on Battlestar Galactica, and the next instant they are in an American suburb. Every now and then the show switches to a stage with spaceships and satellites, just to remind us that this is science fiction. One episode, Darkside Tango, inspired by the anime episode Black Dog Serenade, is meant to be a homage to film noir. How do you get there? The directors add a sepia tint.

The villainy of the Cowboy Bebop live-action series had to be predictable for any fan who followed the interviews Nemec gave to the press ahead of release. He kept repeating that he was trying to stay true to the “spirit” of the anime. It’s such a vague sentence. What does that mean anyway? What was worse was his obvious misreading of the show. In an interview, Nemec said he doesn’t view the Cowboy Bebop animated series as a dystopian story, when in fact the whole series takes place at a time when the Earth is being ruined by environmental collapse, the companies run the political economy with the state visibly involved in policing, crime has reached a level where bounty hunters are required to keep the peace, and all the characters are putting food on their tables in their own right. involving in illegal or dehumanizing professions. Apparently, “this is Cowboy Bebop, let’s not dig into this” was the guiding mantra of Nemec and his team during production. Well guess what?

2021-11-22
Previous Post: Netflix has renewed the animated series?
Next Post: “SPY x FAMILY” and an array of animated series heading to Crunchyroll in 2022