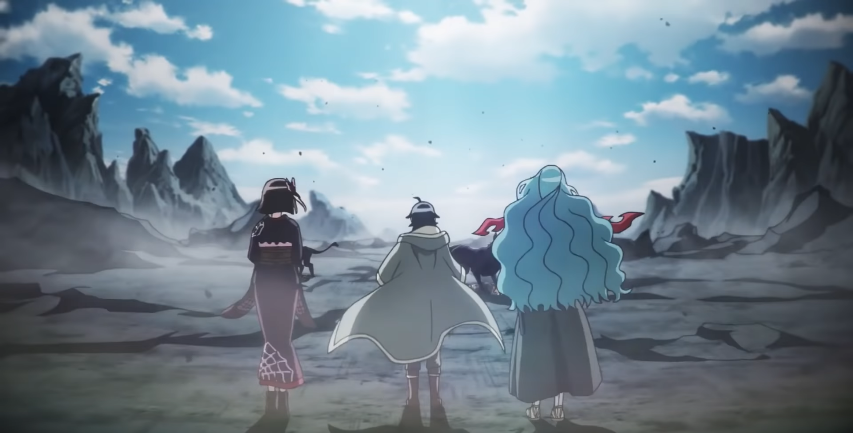 Three new Isekai anime series have been revealed by Crunchyroll; Tsukimichi, Seirei Gensouki and The best assassin in the world is reincarnated!

In the anime, ‘Isekai’ is the term used for an entire genre in which the main character is transported from or to an alternate universe.

The genre has been popular with fans around the world for several decades, but has seen a surge in series and attention over the past five years.

This week, Crunchyroll announced that three new Isekai anime will be released on their platform!

This anime is an adaptation of the hit light novel series from the animation studio C2C and will be released on July 7th.and in Japan.

Tsukimichi tells the story of Makoto Misumi, an ordinary high school student who is suddenly summoned to another world to be a “hero”.

Crunchyroll added the series to their Summer lineup, so expect this series to simulcast beginning next week.

Seirei Gensouki: Chronicles of the Spirits

Spirit Chronicles is a success story that started on a new user-generated website before being taken over by Hobby Japan.

The series is about two boys, Amakawa Haruto and Rio, who live in parallel worlds. Amakawa is a young man who died before he was reunited with his childhood sweetheart, while Rio lives in the slums trying to get revenge on his murdered mother.

One day, the two switch bodies, leaving them both with a moral dilemma about how and why they can live in their new worlds.

The anime is set to release in Japan on July 6.and, with Crunchyroll also adding this to the summer slate.

Arguably the most intriguing new series, The Worlds Finest Assassin isn’t due out until October 2021 as part of the fall slate.

The world’s greatest assassin is now an elderly man who wishes to retire, but after his sudden death he is reincarnated in a magical realm as Lugh Tuatha Da.

Lugh hopes to live out his life as a human, but will his past life as an assassin help or hinder his journey through this new world?

The best Isekai anime out there…

If you want to watch more Isekai content, there are plenty of classic series available to watch on Crunchyroll, Funimation, and other streaming platforms. However, some of the best Isekai anime (personal opinion) include:

This article will be updated as more information about these new series is revealed.

In other stories, Who are the immigrants in 1883 and where did they come from?