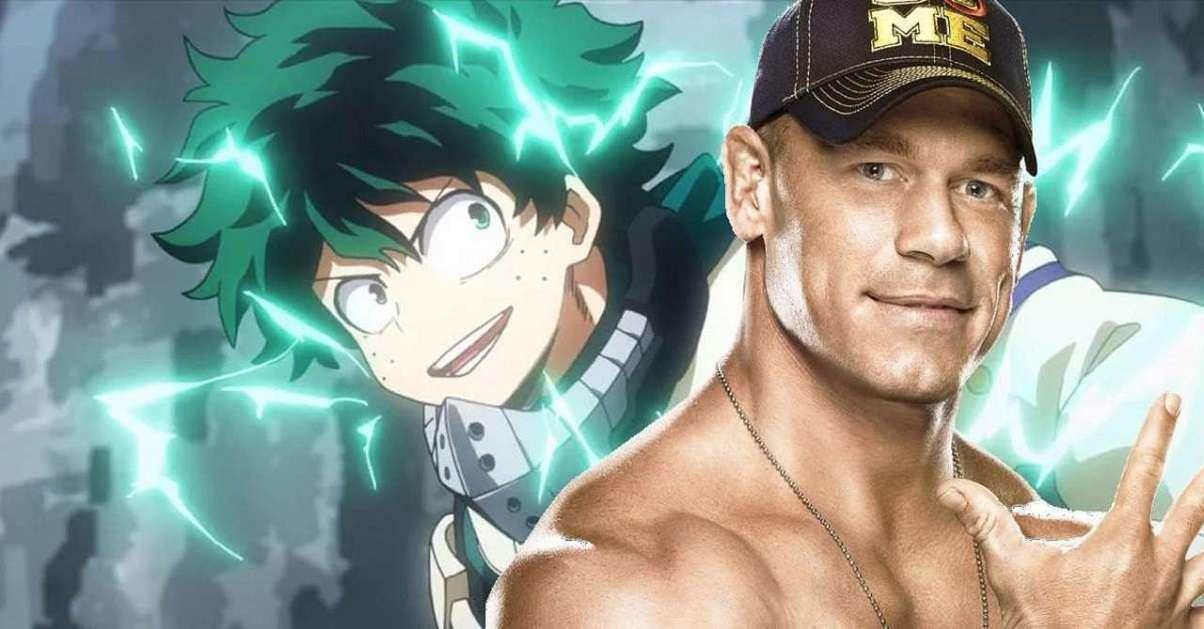 WWE recently announced in its latest investor appeal that the professional wrestling organization will partner with the Crunchyroll anime streaming service to deliver a mysterious anime project in the future, but the platform wanted also honoring one of the company’s biggest superstars on John. Cena’s birthday. While details regarding the project that will emerge from the Crunchyroll and WWE partnership are scarce at this point, we certainly wouldn’t be surprised if John Cena makes an appearance in the mysterious Union-Born Project.

John Cena is certainly no stranger to the anime world, recently being compared to a movie poster for the upcoming third film in the My Hero Academia franchise. My Hero Academia: Mission of the Heroes of the World stars Midoriya, Bakugo, and Shoto Todoroki receiving an upgrade, the main heir to the Quirk of One For All performing Cena’s patented “You Can’t See Me” hand gesture. Catching the attention of Cena himself, the WWE legend turned out to be a fan of Kohei Horikoshi’s Shonen franchise and shared his excitement that All Might’s student was also showing off the moves of Cena.

Crunchyroll shared the artwork by artist ZZYZZYY imagining what World Wrestling Entertainment’s John Cena might look like if he received his own anime adaptation, again bringing wrestling back to the middle of the anime:

I would watch this shonen. Happy birthday @JohnCena! ?? pic.twitter.com/NzVXakuY29

While there haven’t been any WWE anime plans in the past, there have been plenty of animated series that have dived head-first into the world of professional wrestling, including the likes of Ultimate Muscle, Baki The Grappler, I want to be the strongest in the world and Tiger Mask ranked among the most popular. John Cena, likewise, has not appeared in an animated series, but has appeared in many pop culture films in the past, such as Bumblebee and has more scheduled for later this year in The Suicide Squad and Fast And Furious 9.