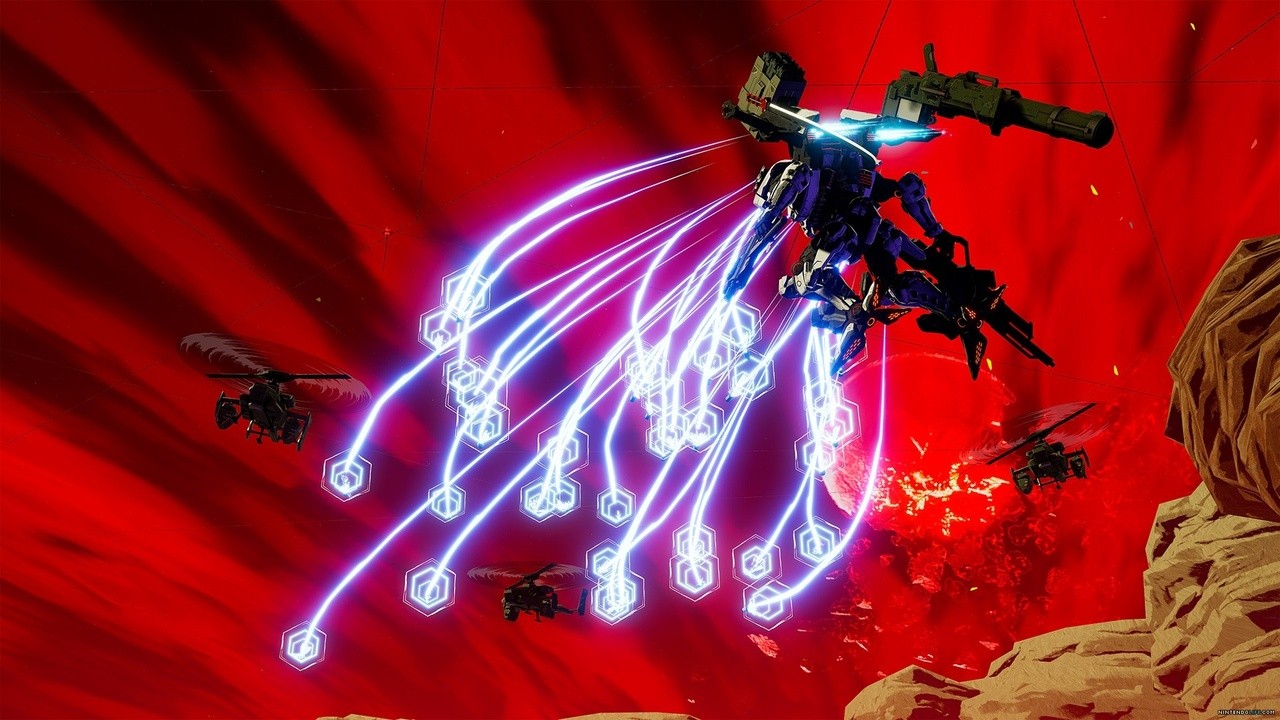 Earlier this month, the producer of Demon X MachinaKenichiro Tsukuda said there was nothing remarkably distinctive – in visual terms – about many versions of modern video games. He said that many games are starting to look the same and hoped players of his own upcoming title would appreciate its unique aesthetic.

In an interview with the Japanese website 4Gamer – translated by Nintendo Everything, Tsukuda provided more information on the visual direction of his project, explaining how the team avoided taking a more photorealistic route and opted for a style instead. colorful anime and cartoon:

When you draw mechas for games, you tend to go in a more photorealistic direction; we’ve become quite familiar with a lot of mechas of things like anime and comics, I think. This time we wanted to challenge ourselves with something like that by expressing that kind of artistic style through the game, and it suited the game pretty well, actually! It was quite interesting, actually: with this style, the range of what we could express has widened considerably. For example, we tried shading using the color black – it didn’t look out of place at all, in fact, the game looked more like an illustration from a comic book! Thanks to this, no matter where the player is in the game, his Arsenal will always look cool.

During the same interview, Tsukuda also discussed how players could steal equipment and parts from enemies for their own mech, how each mech basically has five weapons, and also how multiplayer is currently being implemented.

Daemon X Machina is on track for a 2019 release, let us know below if you’ve been watching it since the first reveal at E3.