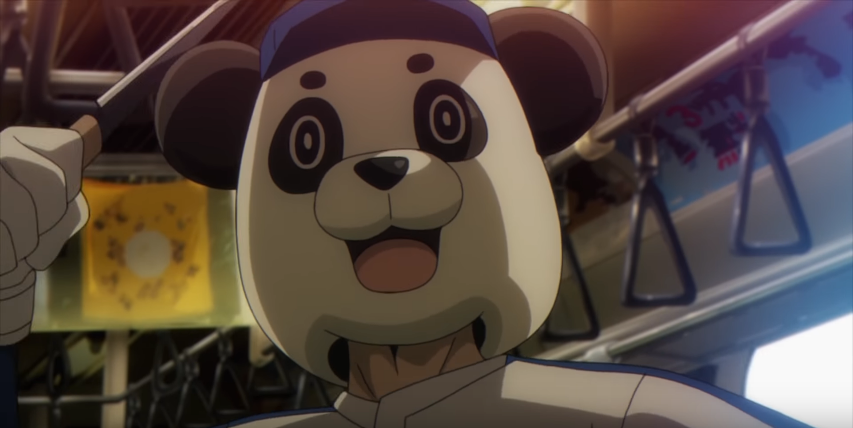 Fans are hoping that Netflix’s launch can kick off the animated series!

Netflix just added the popular ‘Darwin’s Game’ animated series to its library, but could the extra attention jump-start Season 2 production?

In the West, platforms such as Crunchyroll and Funimation dominate the anime streaming market.

However, given the accessibility and growing library of anime content, Netflix is ​​becoming a major player in the game.

The platform has just added another anime title to its already vast catalog of titles, “Darwin’s Game”.

While this series premiered in 2020, could the extra attention be the key factor in Season 2’s revival?

While there is no official word on the potential return of Darwin’s Game, what is the likelihood that the animated series will get a second round?

For one thing, Season 1 had an open ending that set up a comeback and there is enough source material from the manga series to produce a second season – by reports, the anime ended around chapter 30 of volume 8.

The good news is that 23 volumes have been published, with the most recent in Japan in May 2021; which means there is plenty of material left for one or even two more seasons.

The problem is the popularity, or the lack of national popularity I should say.

However, there are many complaints from fans that the series did not perform as well as expected in Japan. While we haven’t been able to officially confirm the audience, domestic success in Japan can often be the deciding factor for renewals.

Fans may be hoping that the series’ recent launch on Netflix could re-launch Season 2 production. Bringing Darwin’s Game to a more global audience draws more attention to the renewal, but will that be enough to encourage Studio Nexus? to consider season 2?

“Thanks to everyone who watched the last episode. Thanks to the wonderful cast and production team, it was a musical challenge. I would like to immerse myself in the afterglow today while thinking about the future of Sunset. Ravens. – Composer Kenichiro Suehiro, after the Season 1 finale.

In addition, Studio Nexus has not formally announcement more plans for 2021 and with Darwin’s Game being the production company’s biggest success, that could encourage a second season.

If Darwin’s Game is renewed for Season 2, HITC predicts the series will return in April 2022 as part of the Spring anime slate.

If you liked Darwin’s Game, then there are plenty of other series you should try; High-Rise Invasion, Battle Game in 5 Seconds, Deadman Wonderland and Alice in Borderland in particular.

High-Rise Invasion is a Netflix original animated series released in February 2021. One day, a high school student named Yuri Honjo is transported to a world of skyscrapers and suspension bridges. Hunted by mysterious masked figures, she must find a way to survive and forge alliances.

Battle Game in 5 Seconds is arguably the most similar animated series to Darwin’s Game. People are randomly chosen to participate in a deadly game, where they must fight to the death after just 5 seconds. The series is currently airing on Crunchyroll and is releasing new episodes every Monday through September 28.e.

A mix between High-Rise Invasion and Battle Game in 5 seconds, Deadman Wonderland is a classic animated series (with one of the best OPs in modern anime history). Our protagonist is sent to a mysterious prison after being accused of having massacred his entire class. The only problem is that this prison is also a circus, where the inmates have to survive horrific challenges for the enjoyment of the jubilant fans.

The only non-anime on the list worth mentioning, Alice in Borderland is essentially the live-action concept of Darwin’s Game. A Japanese drama released on Netflix in December 2020, this series follows Arisu, an obsessed gamer who finds himself transported to abandoned Tokyo. However, there is something suspicious about this new Tokyo, where players must survive brutal games and challenges in order to survive and earn points.

This article will be updated as more information is revealed, so keep staying up to date with the latest news on Darwin’s Game season 2!

In other news, is La Brea canceled or renewed for season 2 on NBC?