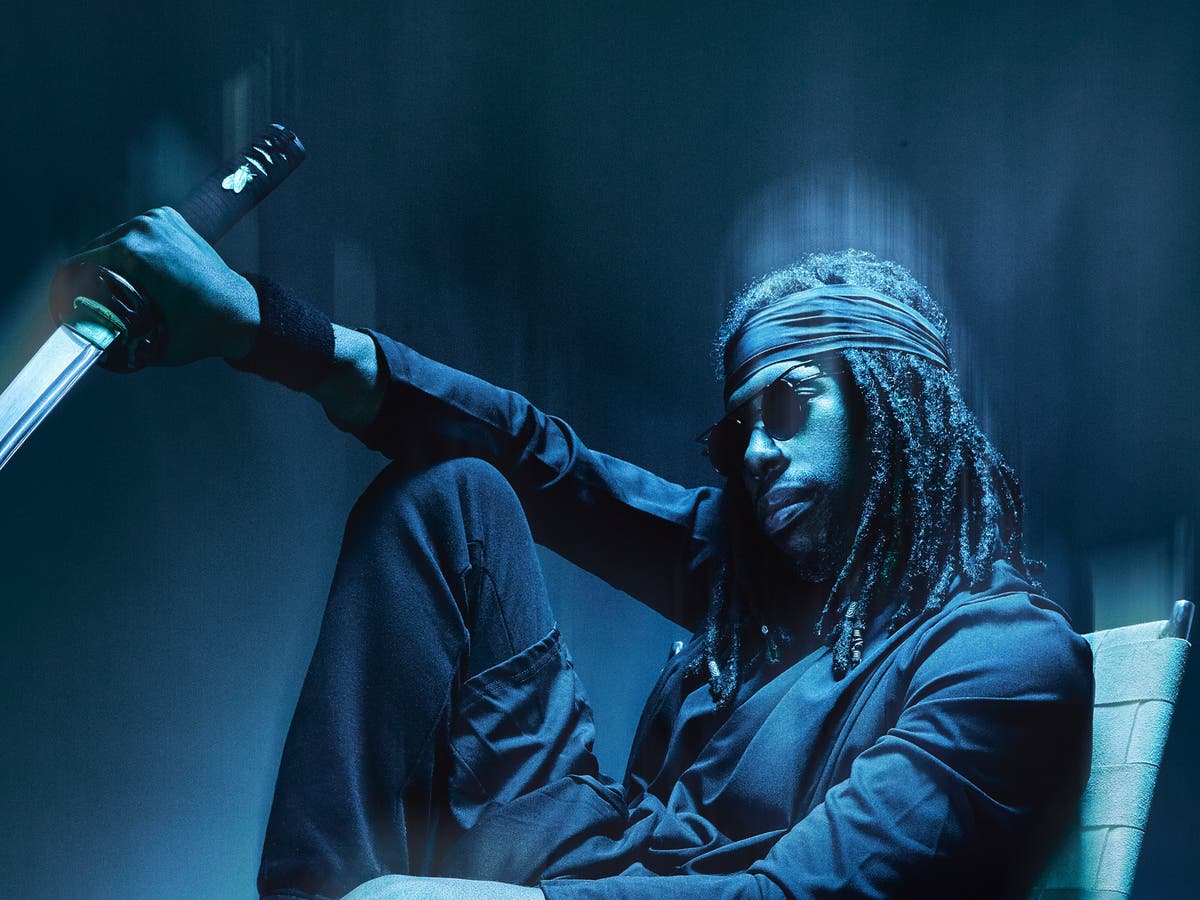 Flying Lotus on Netflix anime series Yasuke: ‘I’ve always been an anime fan, but never thought I’d be a part of this world’

BBefore Flying Lotus was Flying Lotus – a genre-defying musical innovator and founder of the influential Brainfeeder label – he was Steven Ellison: an anime-obsessed teenager who drew his favorite. Dragon Ball Z characters on the margins of his school textbooks. Now with The Boondocks co-director LeSean Thomas and recent Oscar-nominated actor Lakeith Stanfield, the 37-year-old brings his lifelong passion to the screen as executive producer, writer and composer for the new Netflix animated series Yasuke.

“It’s weird, I never thought I’d be in shit like this in my life,” Ellison tells me, still puzzled, on the phone from his home in Los Angeles. “I’ve been a lifelong anime fan, but I never thought the day would come when I would be a part of this world.”

Given that much of the anime he grew up loving didn’t feature any black characters, Ellison says it’s especially important to play a role in diversifying the storytelling of the art form. “I think something like that is so important,” he explains. “Thinking about representation and thinking about all these different stories that can be told. I think for so long anime felt like an exclusive space for, you know, Japanese people. Now new ideas are coming in and it’s so cool.

Yasuke is loosely based on the life of a true dark samurai warrior who served under a powerful lord (known as daimyo) called Oda Nobunaga in 16th century Japan. Although there is little historical data on Yasuke, which is remarkable. Probably born in Mozambique, Ethiopia or Sudan in the 1550s, he would have been enslaved and sold to Portuguese traders before ending up as the bodyguard of the Italian Jesuit missionary Alessandro Valignano. In 1579 Yasuke traveled with Valignano to Japan and two years later was taken into Nobunaga’s service. The mighty daimyo eventually helped him become the first African samurai. Yasuke fought alongside Nobunaga in several battles and after the daimyo’s death returned to the Jesuit mission. This is where the historical record ends.

InYasuke, this story is just the start of a wildly inventive tale that finds the famous ronin in later life as a peaceful boatman before driving him back into battle with, among other things, a mutant priest, an assassin Russian who can transform into a bear and a sardonic armed robot. Ellison, who was involved in crafting the show’s script from the start, takes credit for pushing it in a more imaginative direction.

“I don’t think anime is the space to do a pageant. It’s the place to do the crazy version of something,” Ellison says. “I came with the perspective that since there has so many things in his life that are unknown, I would like to go into the unknown.”

Ellison is credited as a writer on all six episodes of Yasukethe first season. Fans of his eclectic synthesis of instrumental hip-hop, experimental electronic music and avant-garde jazz will find many overlaps between the show and the universe he has created for himself on his six studio albums. When the show takes off its characters to fight on the “astral plane,” it feels like a conscious nod to Flying Lotus’ “Do The Astral Plane,” a house-influenced classic from his 2010 album. Cosmogram. “You know, I didn’t say any of that!” he said with a modest laugh. “I didn’t say that, but I’m pretty sure they may have pulled some references!”

The show’s score is, by Flying Lotus standards, relatively restrained. Ellison explains that the sound ofYasuke grew organically from a deliberate decision to work within certain restrictions. “Musically, I was confused for a while because I didn’t want to do something that was expected and I didn’t want to do something that I had already heard in the anime,” he says. “I think what helped me was limiting my palette of things to work with. I released a bunch of synthesizers that I really like and felt I could express a lot with them. I limited myself to these instruments and percussion sounds and said, ‘This is it.’

Chief among these instruments was the Yamaha CS-60, a vintage synthesizer that electronic composer Vangelis used to memorable effect in his 1982 score for Blade runner. “I must have heard ‘Blade Runner Blues’ more than any other song,” Ellison says. “It was a huge inspiration.”

This combination of a deliberately restrained musical palette and Yasuke’s story setting helped push Ellison’s creativity into new and unexpected territory. “I realized that sometimes you don’t need to have a whole lot of stuff to play,” he says. “Sometimes the scene only requires minimal music, just a few tones. Some of these things that I never thought I would do if they were just on my album, but because they exist in this space, it gives it context. It was a lot of discovery for me in that regard. Using space and silence, and not having to occupy every decimal place of every frequency range in music…that was new to me!

Ellison hopes Flying Lotus fans will see the Yasuke soundtrack album – which also features regular collaborator Thundercat, and is being released alongside the series – as part of a whole with its existing catalog. “For me, it’s like a new record,” he says. “It feels like new ground has been walked, personally, but I’ve tried my best to make it feel like part of the universe I’ve been building all this time.”

In fact, he says, it’s already become an album he relates to in a way unlike anything he’s released before. He tweeted recently: “use the YASUKE OST the next time you train”, and says that this advice came from his own personal experience. “I was actually quite surprised because I don’t think I’ve ever made an album that I’d listen to in the gym before. This one felt really good. I was like, ‘Man, I feel like a samurai training here right now!’ »

Ellison’s only complaint about the series is that the six half-hour episodes go by too quickly. He hopes there will be more series of Yasuke to come, allowing them to experience new adventures while delving deeper into the historical backstory of the real Yasuke. In every way, he says, the experience of writing for samurai — and meeting the strict deadlines of an anime production — has already transformed his process and given him more confidence in the power of simply following through. his initial instincts.

“Hopefully that will make me a person who doesn’t dwell on things so much,” he says. “I’m more confident to finish things now. It’s huge because I have so much music that I dwell on and think about for too long: “Do I like that? ‘Should I turn this off?’ I need to get into the process of finalizing ideas and posting more stuff, and I think Yasuke pushes me to do this.

Five centuries after arriving in Japan, Yasuke lives on as a heroic ideal – and a voice at the head of Flying Lotus. “That’s right,” Ellison laughs. “He’s like, ‘Be a samurai…and that’s for tomorrow.'”

‘Yasuke’ is streaming on Netflix, while the Flying Lotus soundtrack is also available now