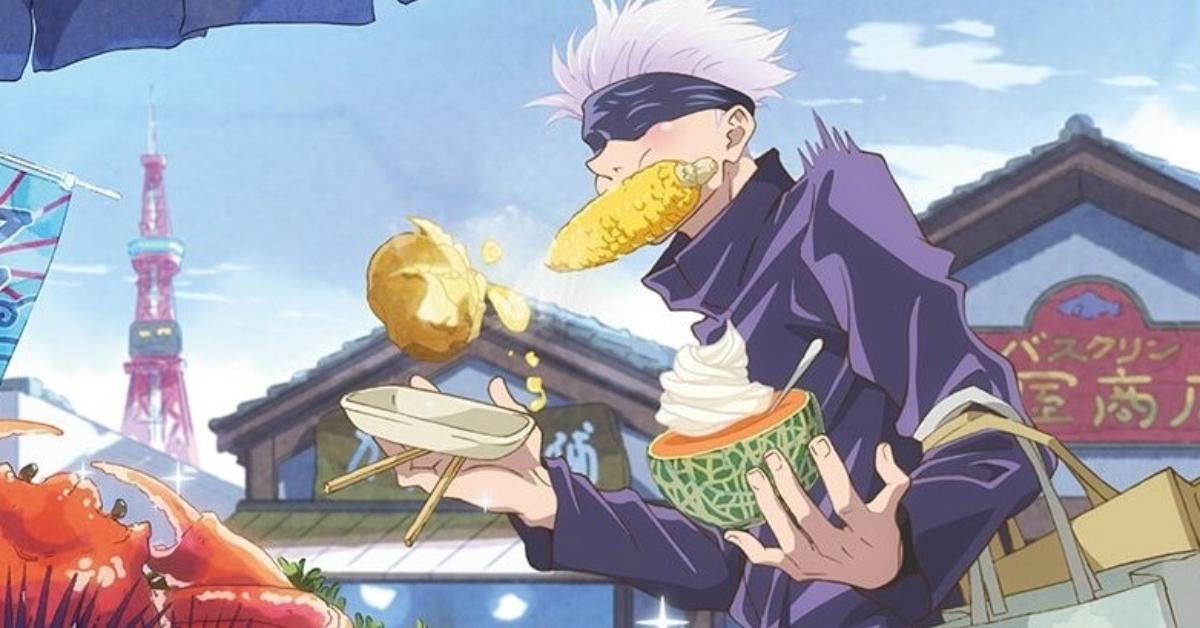 Jujutsu Kaisen‘s anime has debuted stunning new art in a new collaboration in Japan! The first season of Gege Akutami’s original manga series was such a hit with fans that not only did the anime’s sales skyrocket, but the manga’s sales also skyrocketed. The anime will soon branch out with its first feature film hitting theaters in Japan later this year, so it’s a pretty exciting time for fans of the franchise as there’s a lot to look forward to.

With the Jujutsu Kaisen With the franchise being so big these days, it’s also sparked a number of fun and cool product collaborations in Japan. The newest sees the series teaming up with bathroom products company Bathclin for Kikiyu FINE HEAT bath products, and fans who purchase these products will also have the chance to nab artwork featuring Yuji Itadori, Megumi Fushiguro, Nobara Kugisaki and Satoru Gojo taking them on a tour of Japan during the Festival period. Check out the stunning new anime art below:

Jujutsu KaisenThe anime may be over for now, and there’s no word yet on a potential second season, but the franchise will continue with a new movie, Jujutsu Kaisen 0. Hitting Japan later in December (but has yet to set an international release date as of this writing), this new film will explore a very important part of the past by adapting the official Akutami prequel series that follows Yuta Okkotsu as he moves forward. during his first year of enrollment at Tokyo Jujutsu Tech.

This new film will fill in some very notable gaps in the series’ past, but also set the stage for some major events to come. This means that while a second season of the anime hasn’t launched yet, it’s even more likely that we’ll get one once the movie drops some major hints about what’s to come in the next arcs of the series after the first season. But what do you think of this new art for Jujutsu Kaisen?

How have you liked the anime so far? Let us know all your thoughts on this in the comments! You can even contact me directly about all things anime and other cool stuff @Valdezology on Twitter!