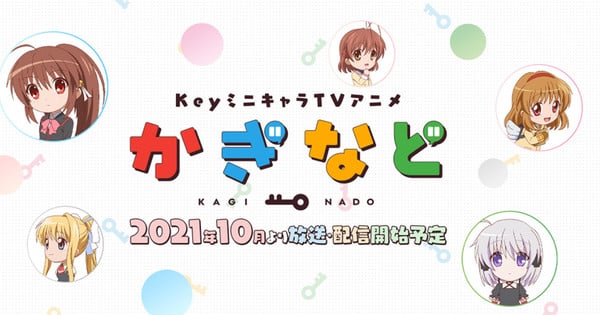 The “KSL Online 2021 –Kaginado-” event announced on Sunday that Kaginado (Key, Etc.), the first crossover anime series featuring the franchises of visual arts‘ Key brand, will air on TV and via streaming in October. The chibi-character anime will be a crossover of some of the Keythe most popular visual novels and anime from , including Kanon, Air, Clannad, Little Busters!, and Rewrite, with the anime’s site promising more.

Among the franchises announced for the crossover anime, note Key writer Jun Maeda wrote the original visual novels for all but Rewrite, and also worked on the music for each of them (including Rewrite).

Little Busters! debuted in 2007, with JC StaffThe anime adaptation premiered in 2012. Rewrite debuted in 2011, with the television anime of 8 bit first in 2016.