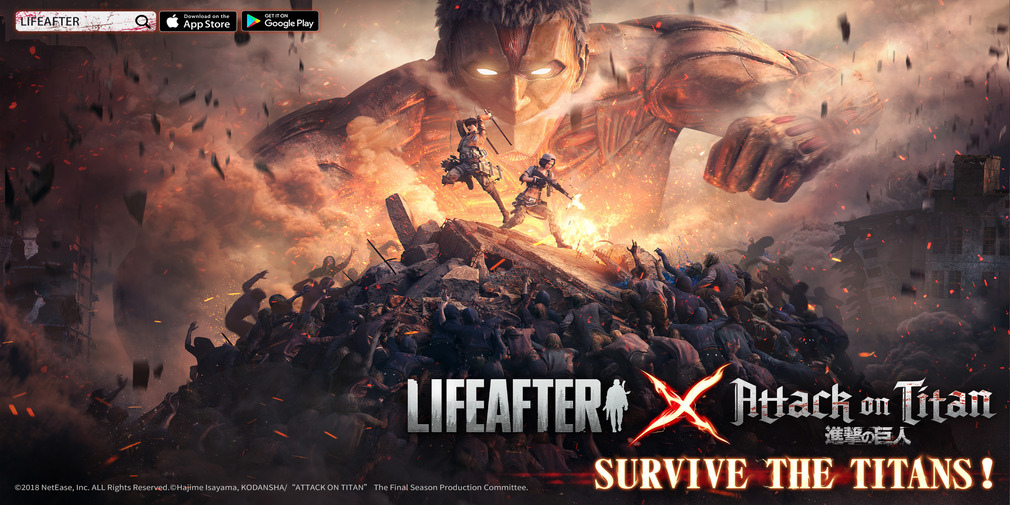 NetEase Games‘open world post-apocalyptic survival game life after announced its crossover with the hugely popular anime series The attack of the Titans. This collaboration will see new costumes inspired by characters from the series alongside new decorations and cosmetics for vehicles, weapons, and more. On September 15, you will face the Armored Titan himself!

Let’s first review the new character skins! With this event, you will be able to adorn the outfits of the main actors of Attack on Titan such as Eren Jaeger, Mikasa Ackerman, Levi and Historia Reiss. On top of that, there are also new pet outfits and skins that also follow the style of the Armored Titan!

In your Mansion, on the other hand, you’ll also be able to place Attack on Titan themed figures and decorations, such as the main character and the primary titans alongside balloons of chibi versions of the titans, beds, carpets, paintings, wallpapers, and a variety of other furniture. There’s a lot of fanfare here to cover your mansion to let everyone know how much you love Attack on Titan.

Of course, there’s also a barrage of decorative Attack on Titan-themed skins to stick on your weapons, vehicles, and drones. Show off your Paradise pride with these cosmetics as you venture through the apocalypse!

However, not all added content is cosmetic! There will also be new Crises in which the colossal figures of the titans will roam outside the walls of Hope 101. The Armored Titan will specifically attack player camps, and you and your companions will need to team up to destroy it before it demolish your camp first. !

So whether you’re a fan of the Attack on Titan series or an avid LifeAfter gamer, there’s plenty of new stuff on display here that will mix up your typical gameplay loop! This fight against the Armored Titan in particular can prove difficult, so make sure you’re ready to face the threat before it gets to you first!

If you want to try out the content and get your hands on some of these Attack on Titan cosmetics before they’re gone, you can download LifeAfter for free from one of the links below!

Looking to test your strength in more post-apocalyptic environments? Check out the Top 15 Best Survival Games for iOS!

2022-09-10
Previous Post: The Best Action Anime Movies On HBO Max In Canada Will Air In 2022
Next Post: The 8 Best Animated Movies That Aren’t From Studio Ghibli, Ranked