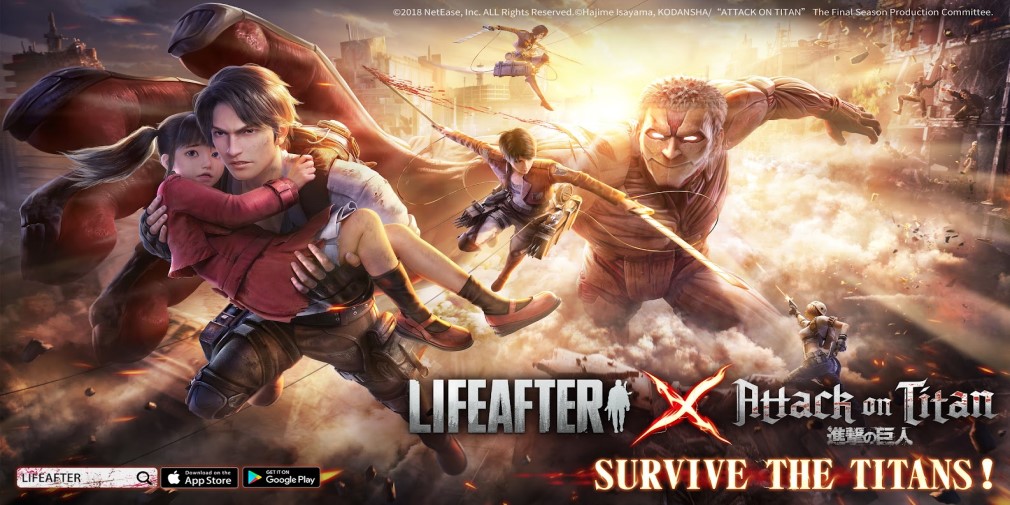 A few days ago, NetEase Games announced that mobile survival game LifeAfter will host a collaboration with one of the most beloved anime in the market – Attack on Titan. This crossover goes live today and will bring the Armored Titan to wreak havoc on the world of Doomsday for the next two weeks, until September 29th.

The LifeAfter x Attack on Titan crossover begins with the sudden appearance of an armored Titan outside the camp. With him come hordes of infected who are looking for blood. It will be a tough battle as players only have 20 minutes to wrap up the fight. Groups of four will be formed and waves of infected will attack.

Players must defeat them and the fierce Titan while protecting the downtown supply box. To make matters more difficult, the Titan has armor protection and can only be damaged by using a Howitzer or Bazooka.

While respawning is an option, it’s best not to consider it as it will take some time to return once defeated. Also, if all four are defeated together, the challenge ends there. Luckily, there’s an unlimited number of times the mission can be played, with matchmaking based on rank. Note that rewards can only be claimed once per day.

No collaboration can be complete without the appearance of thematic elements and LifeAfter will offer more than 90 of them to the players. Expect to find Eren, Mikasa, Levi, Historia Reiss outfits, Attack on Titan hoodies and t-shirts, plus three pet costumes.

Straight from the show, omnidirectional mobility gear will take dogfighting to new heights. Other vehicles will also be themed. Finally, the mansion can also be decorated with AoT chairs, beds, rugs, tables and wallpapers.

Fight the Armored Titan now by downloading LifeAfter for free.

Also check out this list of the best survival games to play on mobile!

2022-09-15
Previous Post: Fall Anime Preview: All Anime Movies Coming to Theaters
Next Post: The 10 Most Expensive Anime Series of All Time (And Their Production Cost)