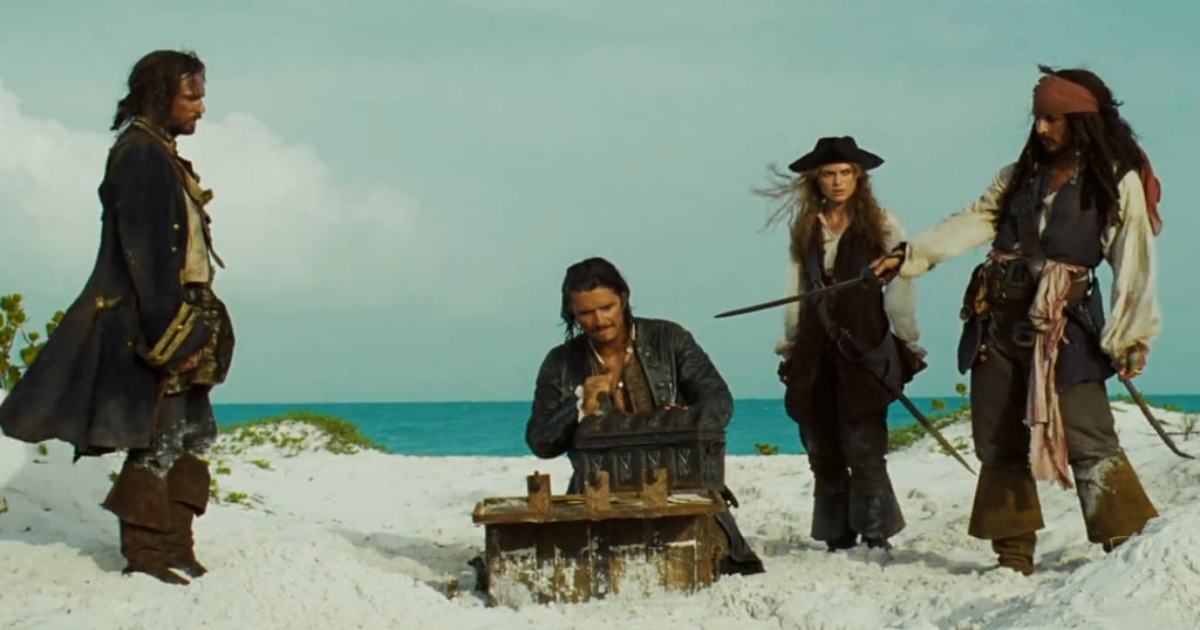 Movie Franchises That Should Get An Anime Series Based On Them

There are many movies that became massive hits with multiple sequels or continuations. Often, audiences want more from stories after studios can’t afford to do more. It was very popular to create TV shows from them. In recent days, video games have become an extended member of popular franchises. While some stick to the standard adaptations, many creators go to transmedia narration. It’s a way to expand the world of the audience’s favorite story across different platforms with exciting new information.

With transmedia storytelling becoming increasingly popular, audiences could have the opportunity to see their favorite franchise turn into an animated series, with the means to explore the worlds in greater depth. This list is a look at some of the franchises with the most potential to become an animated series.

5 Pirates of the Caribbean

The great success of 2003 Pirates of the Caribbean showed the audience a fun and exciting world. When the Governor’s daughter, played by Keira Knightley, is kidnapped by cursed pirates, Captain Jack Sparrow, played by Johnny Depp, is enlisted by Will Turner, played by Orlando Bloom, for a rescue mission. They encounter new places and ways of life that make it an exciting adventure. The countless ocean-related tales would make for a great animated series. The jaw-dropping visuals, mythological sea creatures, and adventures would be something audiences would find amazing. The way the movies story world is set up is very similar to some popular anime series.

As an adaptation, Pirates of the Caribbean has the ability to be expanded to a full series due to the distance needed to get to key locations. New adventures could be added to the original story. Plus, thanks to Johnny Depp’s voice-over experience, some of the original cast members may be able to reprise their fan-favorite roles.

The classic 1995 family film Jumanji, is a fun film that follows Alan Parrish, played by Robin Williams, as he discovers a dangerous board game. When Alan and his best friend, Sarah Whittle (Bonnie Hunt) play the game, Alan is transported inside the game. Decades later, when siblings Peter, played by Bradley Pierce, and Judy Shepherd, played by Kristen Dunst, find the game, the four must complete the game to fix everything.

The sequel in 2017, Jumanji: Welcome to the Jungle, and this is the continuation of 2019, Jumaji: the next level, showed the story to be much bigger than what audiences saw in the first film. These new additions opened up the franchise to a perfect anime adaptation. Whether it’s the world of Jumaji or the game changing the real world, an anime series could explore much of the story the movies have to offer.

In 2001, Harry Potter at the Sorcerer’s Stone introduces an entire generation to a magical new world. The film series follows the story of Harry Potter, Ron Weasley and Hermione Granger as they begin their education at Hogwarts Magical School. During their years at school, they are embroiled in a war between good and evil.

Being a book adaptation, fans are quick to point out missing details that could have improved the story. With an anime series, audiences could see all the details that book fans crave. An animated series could also focus on the mythical creatures that inhabit the world. Although the films touch on the different species, they are as detailed as possible with a series.

The mountaineer 1986 film is a classic, with one of the best soundtracks. Continuing the story of Connor MacLeod, played by Christopher Lambert, and his journey through a centuries-long battle. After discovering he was an immortal being in the 16th century, Connor trains with a seasoned warrior, Juan Sanchez-Villalobos Ramirez, played by Sean Connery. After going through centuries of fighting for his life, in 1985, Conner’s greatest enemy is back. Connor must use all of his skills and training to defeat him.

The mountaineer franchise spanned several films and a television show. Throughout both, audiences see many characters from different times, places, and cultures. Each of these characters has the potential to be shown in an animated series. While there was already an anime series, it flopped after just one season due to its deviation from the original story. In a true canonical anime, there are so many stories to share. After the movie’s ancient Egyptian Ramirez or the oldest immortal, Methos, played by the TV show’s Peter Wingfield, would be a welcome fan favorite.

During the found footage boom, Cloverfield created in 2008. When a going away party is crushed by an alien invasion, a group of friends record their survival as New York is destroyed around them. The Cloverfield film sprouted a psychological thriller, 10 Cloverfield Lane, and the Netflix movie, The Cloverfield paradox. These officially made the franchise an anthology-style narrative world. There was also a manga tie-in released in 2008. The sci-fi franchise is a fresh take on the alien invasion genre. With a manga tie-in already released, the franchise wouldn’t have to take a big leap to introduce an anime series. The way the franchise has already set up an anthology series, the anime might have new stories and information for audiences to enjoy.

Many successful franchises have the ability to continue their worlds and enhance their stories; while having the perfect characteristics to be drawn in anime form. Through transmedia storytelling, new stories could be shared and the original stories could be expanded upon. Audiences would be intrigued by an animated series of their favorite movies that included these new details. With good characters, beautiful settings, and fantastical elements, these films have great potential to become long-running anime series.