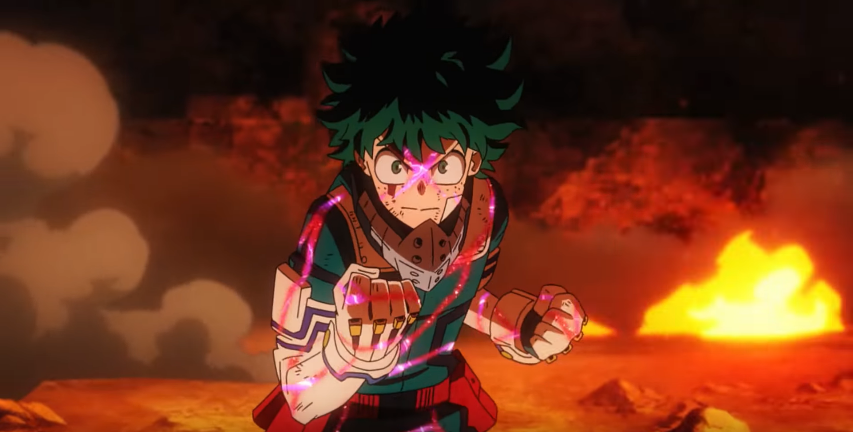 The release date for Season 6 of the hit anime series “My Hero Academia” has just been confirmed by Weekly Shonen Jump magazine.

There are countless anime titles available to watch and enjoy which can be considered “popular” among the community.

However, there are only a few “mega-series” that can garner the global audience and attention that My Hero Academia can.

The hit TV adaptation of Kohei Horikoshi’s manga series reached its fifth finale in late September after a broadcast dominated by the merging of story arcs.

Thankfully, fans of the series will breathe a sigh of relief knowing that My Hero Academia Season 6 has already been confirmed and a release date has now been shared.

Just minutes after the finale aired for premium users on Saturday, September 25, My Hero Academia Season 6 was officially confirmed to be in production!

The announcement was shared by the Japanese franchise websitealongside a brief teaser video, see below.

However, few fans would have been too surprised by this news, especially given the “leaks” that have been circulating online for 24 hours.

The first reports on season 6 have been shared by the Japanese news site Ryokutya2089who said a “production decision” has been made for My Hero Academia Season 6.

The second major report was then shared by the popular Twitter page’Atsushi101X’a generally credible source for franchise news, announcing that “My Hero Academia anime season 6 is officially confirmed!”

The page too share the cover of the corresponding edition of Weekly Shonen Jump magazine, which featured a brief conversation between Shigaraki and Deku.

“I will destroy everything” said Shigaraki, “The war between heroes and villains is coming” – to which Deku replies “I’ll use everything I have to stop you.”

The most obvious indicator of a sixth adventure was the availability of source material, with the season 5 finale adapt up to volume 26 chapter 257 of the original manga series.

The good news is that at the time of writing, 31 volumes have been published in Japan alongside 326 individual chapters, meaning there should be enough source material to keep My Hero Academia going for several seasons to come.

Then we have the popularity of the series; My Hero Academia remains one of the most popular anime franchises in history and Studio Bones’ most lucrative asset.

Given the dominance of the spring/summer anime slates and the box office success of the most recent film, World Heroes Mission, a renewal for Season 6 was all but guaranteed.

Now, the next question fans may ask is, when will My Hero Academia Season 6 be released online?

My Hero Academia Season 6 will be Release on the fall 2022 anime release slate, but a specific date was not revealed during the recent Jump Festa event.

However, this week, Weekly Shonen Jump magazine featured My Hero Academia on its cover, which included information this season 6 will be released in October 2022.

This is consistent with the production schedule of previous My Hero Academia shows, which were announced and released on the following dates:

While this indicates that individual seasons are taking longer to produce, fans should note that Season 5 has been hampered by the ongoing coronavirus pandemic – as well as World Heroes Mission production.

Overall, fans should expect My Hero Academia Season 6 to return on Saturday, October 6.

Not only would this give Bones enough time to maintain his production quality, but it would also give the manga series enough time to go far enough that another anime movie could be planned.

This would conform to a report as of January 2020, which stated that a total of 10 films were targeted for the franchise, with “one new film every year”.

After the conclusion of the anime series, fans’ attention outside of Japan turned to the premiere of World Heroes’ Mission.

The film was released in Australian and New Zealand theaters on October 28, before making its North American and European debut on October 29. Funimation screened the film with dubbed and subtitled versions.

As of this writing, a streaming release has not been confirmed but is expected to land in February 2022 on Funimation. You can read more information here.

In other news, When is Ozark Season 4 on Netflix? Release time confirmed