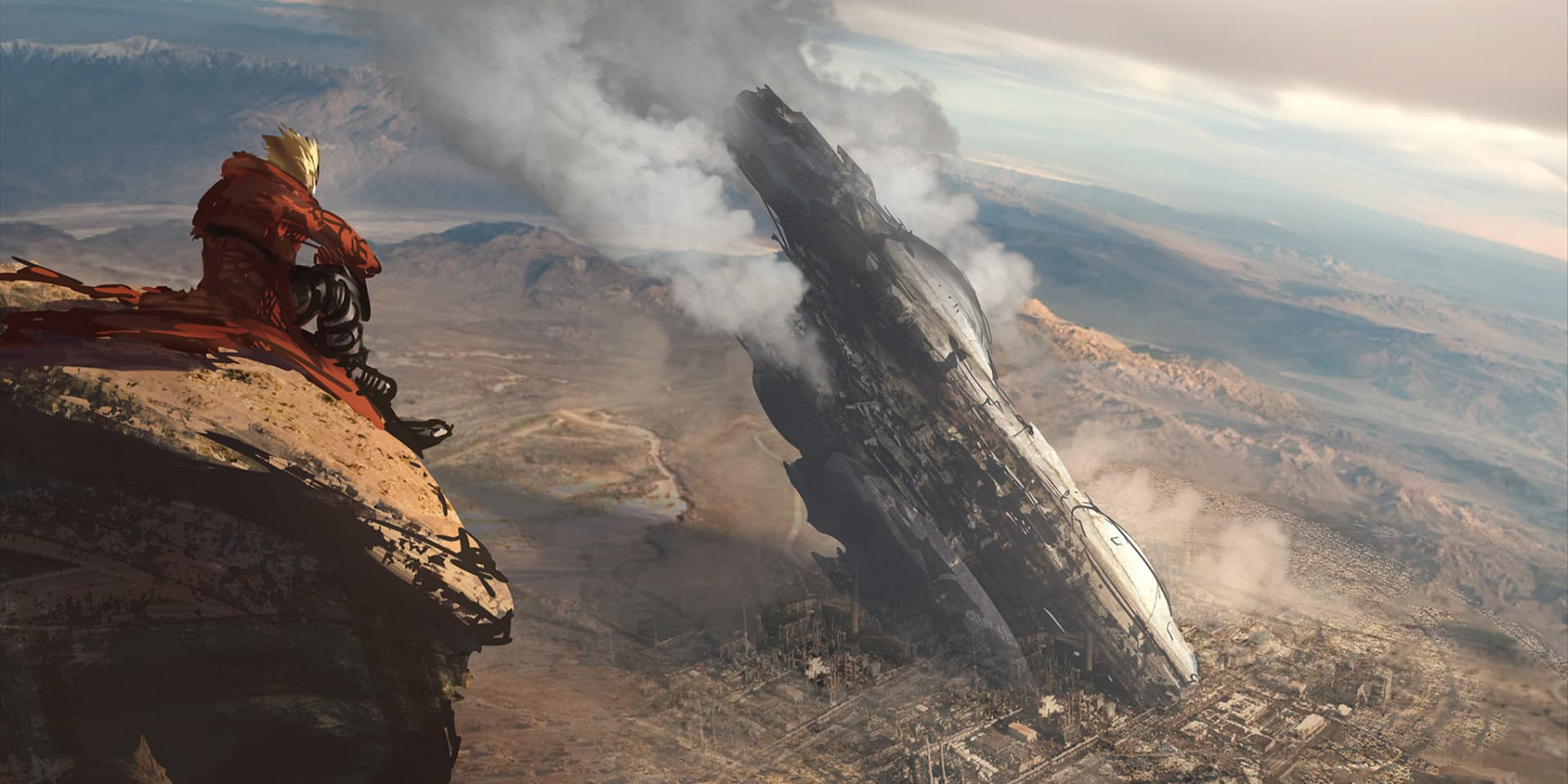 Anime’s cutest outlaw finally makes a return. It has been a few years since the Trigun franchise had its last installment with the anime feature, Trigun: Badlands Rumble in 2010. Now, twelve years later, the cult-classic anime returns for another series, Stampede Trigunscheduled for release in 2023.

Recently announced for distribution with Crunchyroll and Toho, Stampede Trigun is currently awaiting new details at Anime Expo 2022, during which the series’ producers are expected to reveal major details, alongside Trigun creator Yasuhiro Nightow, who is fully involved in the project. Animation for the series is set to be produced by Studio Orange, the production company behind series including BEASTARS, Singular point of Godzilla, and Land of the Shining.

The upcoming panel at Anime Expo will feature Nightow, producers of Toho and Orange, and art designer Kouji Tajima. Crunchyroll has confirmed that the series is using an all-new cast for the voices in this new iteration, and it remains to be seen if the voices from the English dub will reprise their roles for the dub.

The fact that Orange is an anime studio primarily known for its work in the 3D CGI anime space is also interesting. Although CGI has already been used in Trigun: Badlands Rumble during some action sequences (animated by Madhouse), the studio’s CGI stylistic touch may offer potential clues for this upcoming project. While anime is often praised for its 2D flair, Orange is very adept at adapting that aesthetic to CGI animation while retaining the visual soul of anime.

While many specific plot details for the new series are under-wrapped until then, the name is likely a reference to the title character, the infamous Western space outlaw Vash. the Stampede. The series has a predominantly Japanese language live teaser site, although most of the information about this exciting project is yet to come. It is very possible that this new series will continue to adapt events related to the manga Maximum Trigun iteration (which lasted longer than the original Trigun manga for publishing reasons), or if it might be a completely new storyline set in the Trigun universe.

Set in a sci-fi western setting, Trigun follows the notoriously skilled but peace-loving outlaw Vash the Stampede. The original manga series ran in two iterations, Trigun and Maximum Trigunfrom 1996 to 2009. The 26-episode anime series was released in 1998, with a feature film in 2010.

2022-06-20
Previous Post: Based on the anime series released in July 2022, the game “My Isekai Life: Strongest Sage Online!” Will be released on June 20, worldwide on G123!
Next Post: Berserk Animated Films Will Be Recut In “Commemorative Edition” For TV Releases