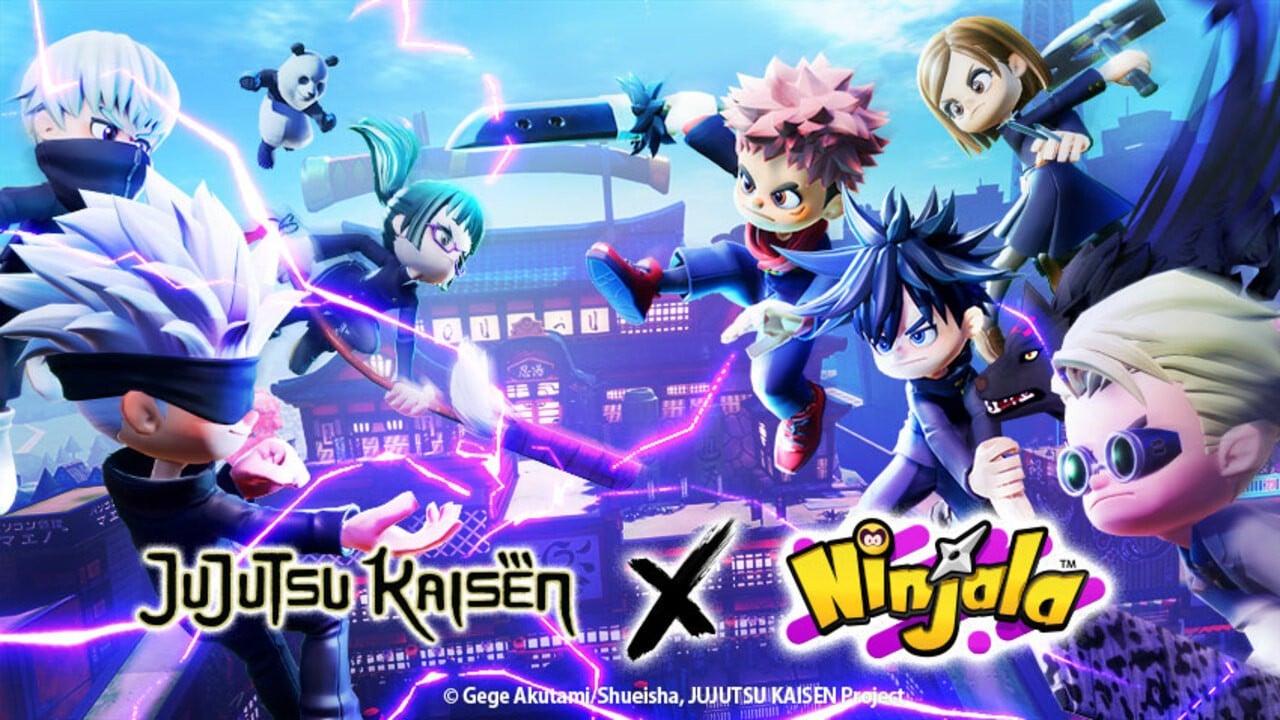 With Ninjala Season 9 fast approaching, players are getting ready to find out what’s to come with the next free update. Today, GungHo Online Entertainment announced that things will begin with the next major collaboration, featuring the manga and anime series Jujutsu Kaisen.

During the collaboration – which runs from March 10 00:00 PST / 08:00 GMT until April 13 18:59 PST / April 14 02:59 BST – budding ninjutsu users will be able to access a wide variety of outfits to make their ninja look like their characters. favorites from the popular Shōnen Jump series.

Among those 12 costumes will be ones for Yuji Itadori, Mahito, and fan-favorite character Satoru Gojo. Given Gojo’s reputation as someone who likes to be childish and playful, we can imagine other characters will enjoy beating up anyone dressed like him. There will also be outfits for the special quality cursed items Ryomen Sukuna and Suguru Geto, the curse user, which you can obtain through gacha.

Other gacha items will also be available, such as special Ninja Gum based on a few well-known weapons, as well as two Gum Utsusemi inspired by the series’ mascots, Tsukamoto and Cathy. This is just a snippet of what’s to come on March 10 for Jujutsu Kaisen fans, and developer diary goes even deeper. It’s safe to say there’s plenty to get excited about.

However, it’s not just the popular series that has garnered attention on the show. With the release of Season 9, Ninjala will also introduce the Ninja Gum Lab, the long-awaited WNA Resort, and a new Shinobi map called “Turnabout Guard”. No, it’s not a case of Phoenix Wright, which reduces all types of damage your character takes when they drop below a certain level of health.

The Ninja Gum Lab is exactly what it sounds like – a place where you can spend medals to research the different types of Ninja Gum you collect during your skirmishes. This increases your chewing gum stats such as damage, shorter cooldowns, and other perks to give you an edge in combat. There will also be a “Memorial Campaign” during the first two weeks of the Lab’s opening, which will reward you with medals to spend just for logging into the game, as well as other benefits.

There will also be a “Ninjala Beginners campaign,” which should entice new players to join the fray and grab some gum, from the launch of Season 9 until April 13 at 6:59 PM PST.

Phew! That’s a lot for you to chew on. You can get even more details about the event by visiting the Ninjala official website.

What other Japanese media collaborations would you like to see in Ninjala? And you still play? Let us know below!