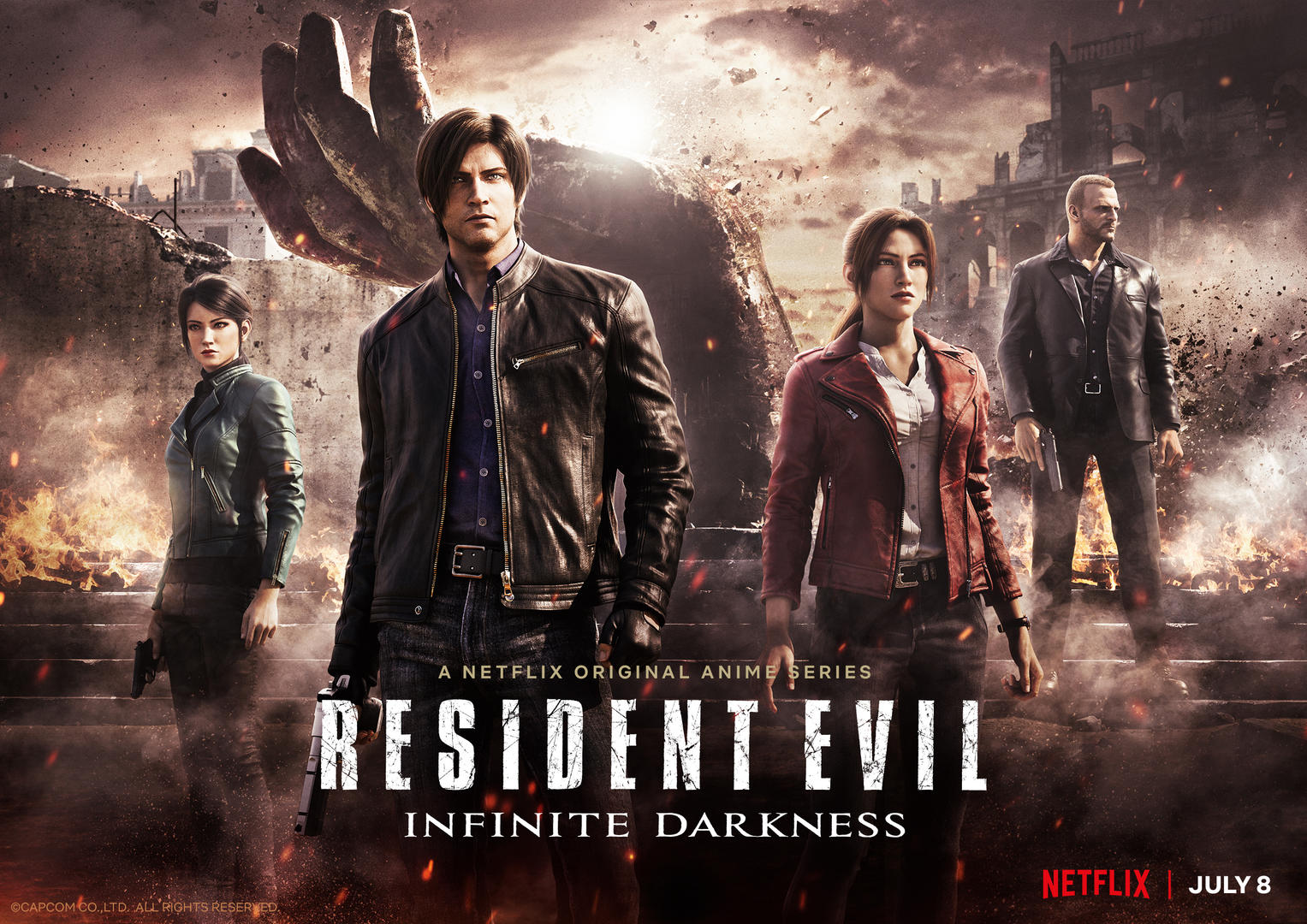 It looks like Netflix just released a flood of details about their upcoming Resident Evil: Infinite Darkness Animated / animated CG series. To start, let’s take a look at their brand new main trailer, shall we?

As you can see, this trailer Netflix released as part of this unveiling of Resident Evil: Infinite Darkness is pretty good. The story that the trailer teases really felt like something straight out of the games. An anonymous special forces soldier told the story of his wartime experiences to Leon Kennedy. You know, but with mixed zombies. Then we see a terrorist attack on the White House involving, guess what, zombies! Then we have a scene aboard a submarine where Leon sees a bunch of dead submariners, only to have zombie rats come straight out at him. Finally, we see this massive bio-weapon Tyrant say something about showing them fear before doing his best impression of a Marvel supervillain.

Interested? Good, netflix also announces the release date of Resident Evil: Infinite Darkness. Apparently, we’ll see what Zombies in Infinite Darkness looks like on July 8, 2021. Grab it then if you want to see a zombie action horror anime like something straight out of games.

Along with the trailer and release date, Netflix is ​​also releasing cast details for Resident Evil: Infinite Darkness. We not only have voice actors and actresses, but also character portraits and details to boot. The list is as follows:

Leon is a former Raccoon Police Department officer who was involved in a zombie outbreak on his first day on the job and worked bravely to save the survivors. Following this, he was scouted by government intelligence agents and carried out top secret missions as an agent under the direct command of the US President. Leon has excellent survival skills, as well as top-notch physical and decision-making abilities. He succeeds in his mission to rescue Ashley, the President’s kidnapped daughter, and earns the President’s ultimate trust.

Claire is an employee of the non-governmental organization Terra Save, which helps victims of bioterrorism and chemical attacks. When she encountered the zombie outbreak in Raccoon City, she was a college student with a passion for motorcycles. Since learning self-defense from her older brother Chris, who was a member of the special forces, she possesses various combat skills despite being a civilian. She and Leon are like old war buddies who both fled Raccoon City together.

Jason is the former captain of the U.S. Army Special Forces team Mad Dogs and is currently a federal agent. Six years ago (2000), he rescued his unit from isolation in civil war-torn Penamstan. He is now called the “Hero of Penamstan”. He has a cool head and is able to handle many different situations.

Shen May is a computer-savvy federal agent. She travels to Shanghai with Leon and Jason to find the cause of the White House hacking incident.

Patrick is a rookie American agent with little intelligence experience. He thinks Leon is just a lucky guy. He considers Jason a hero.

The president of the United States. He trusts Leon, who once went to Europe and rescued his daughter Ashley, who had been kidnapped by a cult called Los Iluminados.

Die-hard politician who managed to go from ex-soldier to Secretary of Defense. He is ambitious and will do whatever it takes to achieve his goals.

Close adviser to President Graham. His opinions often clashed with the hard line of Secretary of Defense Wilson.