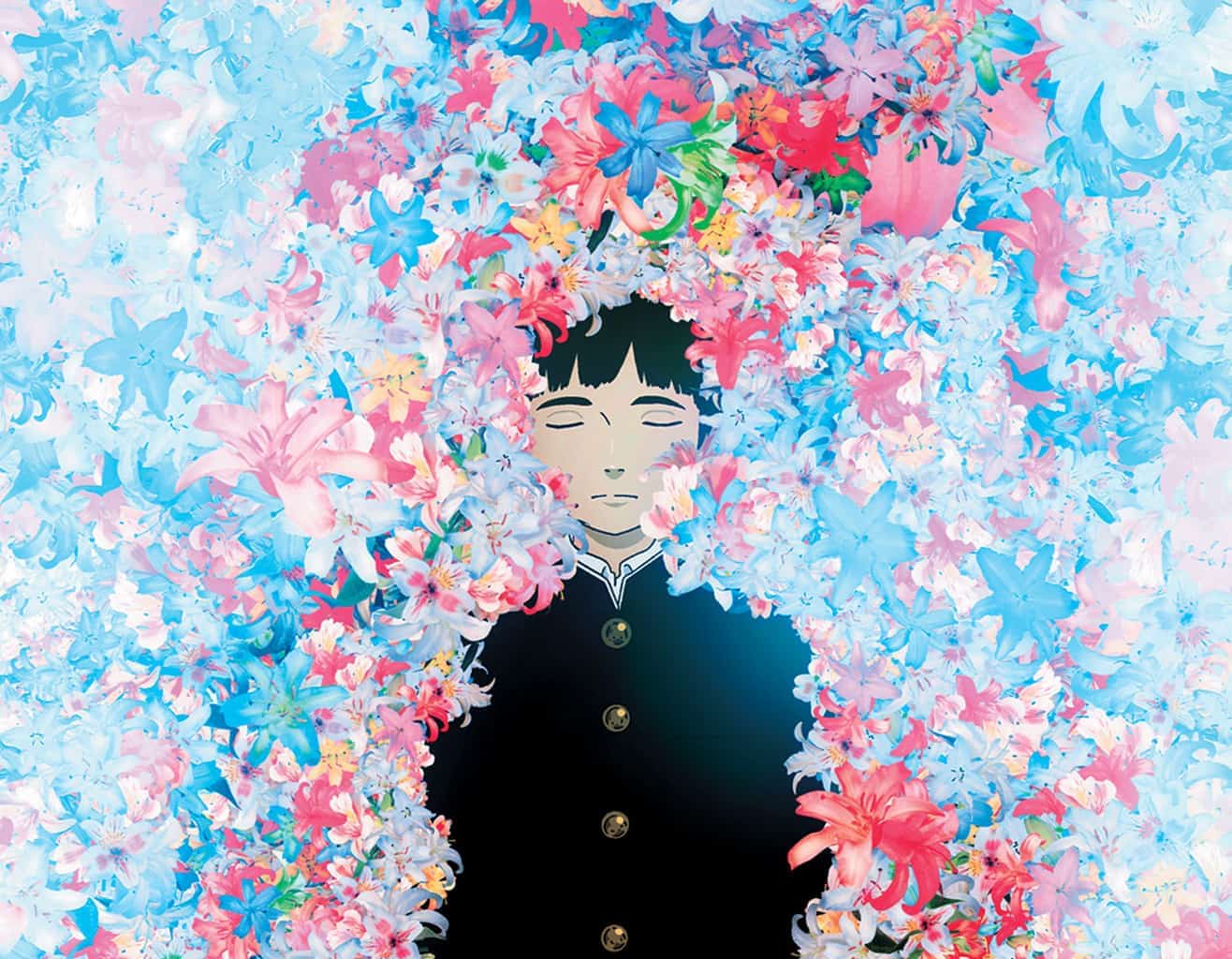 Sad Animated Movies – The Most Heartbreaking

You’re sitting at home bored in your feelings and there aren’t many ways to entertain yourself. Why not watch sad animated movies to keep you company?

Today, we’ve compiled some of the most tantalizing anime movies to come out over the years, giving you an ultimate list of stories that left anime fans in awe and emotions. Once you’ve seen one of these animated films, you’ll be sure to walk away with waterworks, but also a deeply impactful, life-changing message.

So follow us and discover the sad animated films that we have compiled!

your name follows the lives of Mitsuha Miyamizu and Taki Tachibana. These two are in a rare type of romance unique to the story. Without offering any spoilers, we have a synopsis to engage you. Mitsuha is a girl who lives in the Japanese countryside as a high school student, but she longs for a life in the bustling city of Tokyo. She often dreams of a boy in a busy city experiencing the city way of life.

Meanwhile, Taki is a boy living in the bustling city of Tokyo, juggling between his studies and a part-time job. He’s a good-hearted guy, but also quite hot-tempered and impatient.

One day, Mitsuha wakes up and finds herself in the body of a Tokyo city boy. Her dreams seem to have come true overnight. Meanwhile, Taki wakes up in the body of a country girl he has never met. Both decide to investigate the mysterious phenomenon while looking for each other. Their journeys are a heartfelt delight that offers heartbreaking moments.

With a beautiful soundtrack and iconic visuals, your name is one of the sad animated movies you will never regret watching!

This adaptation of a novel by author Yoshikazu Takeuchi is a critically acclaimed film for a reason. It covers a deep plot with strong adult themes and issues covered. perfect blue follows a famous pop singer, Mira Kirigoe who is a member of CHAM!, a J-pop idol group. She has the desire to become an actress, so she decides to leave her group. Unfortunately, however, his game received mixed reviews. She never quite found the success she hoped for as an actress.

Meanwhile, an obsessive fan begins to stalk Mira and every little moment of her life is also detailed anonymously online. Even her former pop group is doing well without her. Eventually, everything weighs heavily on Mira, causing her to start losing her mind. The movie will leave you with an emotional wreck, but you’ll be glad you jumped on the boat to sail with Mira.

Deleted is a mysterious tale that will keep you hooked as you try to deduce the reality of its events. It’s told in a cryptic style and follows the story of Satoru Fujinima, a 29-year-old comic book artist and part-time pizza delivery man who learns he has the ability to time travel. He hasn’t perfected the ability, but he is able to put his talent to good use. Eventually, he is transported 18 years old in his final minutes before his mother’s death.

The story encourages you that Satoru succeeds in saving his mother and other people he has met in the past. It’s one of the sad animated movies that will leave you with a newfound appreciation for the loved ones you have around you. Yes, it is so deep. Be sure to check it out!

When Shoyo meets Shouko Nishimiya, a deaf girl he bullied in his youth, he is ashamed and tries to find her and make amends. What follows is a story of redemption and forgiveness that will have you completely soaked in tears. As a viewer, you will be able to relate to Shoyo as he feels like a real person in this story. Likewise, Shouko is a powerful character capable of rising above the oppression she suffered as a child.

The two characters along with the strong supporting cast create an interesting and unique dynamic that unfolds in a fulfilling and heartfelt way. The events that unfold are unforgettable and most fans will be satisfied at the end. It’s an emotional journey worth taking.

Colored is a supernatural drama film that serves as an inevitable way to move an audience to tears. In this story, you will feel a lot of emotions watching a tale that uses a dramatic perspective to depict the inner workings of the world. In the film, you will be told a story of self-realization, redemption, and depression. It centers on a sad soul who reaches the station of death. In it, the sad soul is told that it has won some kind of lottery that will allow it to gain another chance in life. Unfortunately, our protagonist has no desire to relive his life. Even with his reservations, he must comply.

Eventually, he is reborn in the body of a 14-year-old suicide victim named Makoto. The soul is then tasked with determining the sins he committed and the reason for his death. With just six months to do so, he embarks on a journey that emphasizes the importance of second chances in life.

It may be one of the most heartbreaking sad animated films ever made. The story takes us back to 1945 after Japan’s surrender at the end of World War II. This film takes place through a flashback, returning to the beginning where Seita dies alone at a train station. The film follows Seita and Setsuko, two siblings whose mother is killed by the burns she suffers during an American bombardment. Their father is a navy worker struggling to make ends meet.

As the story unfolds, you will be confronted with a tragedy that spans a time when compassion and empathy are rare emotions. Ultimately, the Grave of the Fireflies shows how war can be a horrible event that is never a good thing for the citizens of a country. The film is well made and is sure to bring you to tears not only for its sad moments, but also for the beauty of the way the storytelling is presented.

Towards the Forest of Fireflies (2011)

This romantic animated film tells the story of a six-year-old girl who gets lost in a forest inhabited by yokai and a mountain spirit. She is found by a mask-wearing entity named Gin who warns Hotaru that he will disappear forever if ever touched by a human. Gin leads her out of the forest and eventually, Hotaru returns to visit her in the forest over the next few days, developing a new friendship.

At the end of the summer, she leaves Gin and promises to come back to visit him every summer vacation. The story follows the growing love between Gin and Hotaru over the years. Watching this movie, you will be satisfied with the number of moving moments it brings. It occupies a truly deserved place among the sad animated films to see.

It’s one of the best sad animated movies out there. While it certainly brings you to tears, it’s also a film that tells a memorable and impactful story.

VSlannad follows the story of Tomoya Okazaki, a young third-year high school student who has become estranged from his father who works the night shift. Tomoya’s mother died when he was very young, so he lives his life in an uninspired way.

Everything changes when he one day meets Nagisa Furukawa who is repeating her third year due to her illness from the previous year. She befriends him and follows him to school every day. With Nagisa growing closer to him, the two develop a relationship and he finally begins to enjoy his life.

The story continues from there, but without offering any spoilers, it’s easily the one we recommend you check out. It’s one of the sad animated movies that keeps you on your toes for what’s to come.

Jinta Yadomi is an introverted teenager who leads a lonely life. Her day usually consists of playing video games until dark. However, things take an unexpected turn when he sees his childhood friend Meiko “Menma” Honma suddenly enter his home asking him to grant a forgotten wish. Jinta is confused and believes he is hallucinating because Menma died many years before. Soon it becomes apparent that it is his ghost he is seeing.

Jinta decides to contact their group of childhood friends and they reunite to work towards making Menma’s dying wish come true. In this collaboration, the friends will also confront their pain and guilt from the past in the process. This heartbreaking tale makes it one of the sad anime films that have left a deep mark on a generation of anime fans.

What sad animated movies did we miss?