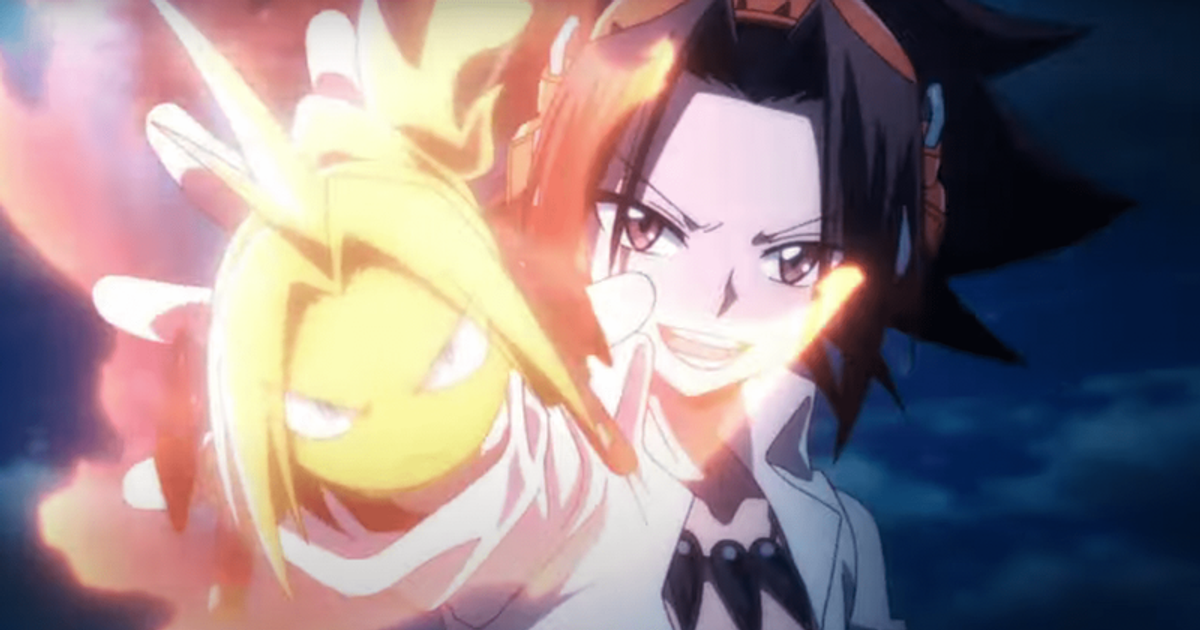 ‘Shaman King’: Release date, spoilers and all about the Netflix animated series

For all anime fans waiting for a dose of action, get ready to catch “Shaman King” on Netflix. The series follows the story of middle schooler Manta Oyamada, who ends up helping You Asakura, whose goal is to be the Shaman King.

If you’re looking for more anime, here are some titles you can check out: “Yasuke”, “Record of Ragnarok”, “Trese” and “Castlevania”.

Who is Brunhild? The legendary German warrior wants revenge in “Record of Ragnarok”

How powerful is Adam? Here’s How He Almost Defeated Zeus In ‘Record Of Ragnarok’

You can watch the series on Netflix.

Manta Oyamada, is a seemingly average student, besides being able to see spirits. However, once his powers are revealed, he is forced to help You Asakura, whose goal is to be the Shaman King. But to do so, Manta must face off against a horde of powerful shamans in an epic battle royale, seeing that they are all vying for the crown.

According to the synopsis – “The Shaman King is the one who can contact the spirit king and reshape the world. Every 500 years, the shamans, who can commune between the worlds of the living and the dead, compete in the Shaman Fight to become the next Shaman King. Among those aiming for the top is a young shaman named Yoh Asakura. See Yoh’s adventure unfold in the new adaptation of Hiroyuki Takei’s lauded manga, starting 2021 on Netflix.

Youko Hikasa
Japanese singer and voice actress, Youko Hikasa voices You Asakura in the series. Her other works include ‘My Hero Academia’, ‘Sorcerous Stabber Orphen’, ‘The Irregular at Magic High School: Visitor Arc’, ‘The Millionaire Detective Balance: Unlimited’ and ‘Wandering Witch: The Journey of Elaina’.

Minami Takayama
Minami Takayama is a Japanese actress, narrator and singer. She is also the lead singer of Two-Mix and ES CONNEXION. She voices Hao Asakura in the series. His other works include ‘Magic Kaito 1412’, ‘One-Punch Man’, ‘Erased’ and ‘Danganronpa 3: The End of Hope’s Peak High School’.

Romy Park
Romi Park is a Korean-Japanese actress, voice actress and singer. His works include ‘Mecha-ude’, ‘Radiant’, ‘Kakegurui xx’, ‘The God of High School’ and ‘Vlad Love’. In the series, she voices Ren Tao.

Katsuyuki Konishi
Katsuyuki Konishi is a Japanese voice actor, whose works include “Backflip!! », « The Dungeon of Black Company », « The Faraway Paladin », « Kimetsu no Yaiba – Yūkaku-hen » and « Welcome to Demon School! Iruma-kun Season 2′. In the series, he voices Amidamaru

Takehito Koysau
Takehito Koyasu is a Japanese voice actor whose works include “Attack on Titan: The Final Season”, “Hydrangea Saga”, “Back Arrow”, “SK8 the Infinity”, and “Sorcerous Stabber Orphen: Battle of Kimluck”. In the series, he voices Johann Faust VIII.

Yuji Ueda
Yūji Ueda is a Japanese actor, voice actor and singer, whose works include ‘Hi Score Girl’, ‘Mob Psycho 100 II’, ‘One-Punch Man 2’ and ‘Cautious Hero: The Hero Is Overpowered but Overly Cautious’. He voices the character of Usui Horokeu in the series.

Masahiko Tanaka
Masahiko Tanaka is a Japanese actor and voice actor, whose works include “Attack on Titan”, “Hajime no Ippo: Rising”, “Amagi Brilliant Park”, “Fafner in the Azure: Exodus”, and “Drifters”. He voices the character of Ryuunosuke Umemiya in the series.

Yoko Soumi
Yoko Soumi is a Japanese actress and voice actress, whose works include “Tenchi Muyo!” Ryo-Ohki’, ‘A Certain Magical Index III’, ‘Pokémon’, ‘Case Closed’ and ‘Log Horizon: Destruction of the Round Table’. In the series, she voices the character of Lyserg Diethel.

According to the caption shared with the trailer — “The fate of the world hangs in the balance as Medium Yoh Asakura joins the epic Shaman Fight, competing with other shamans to become the all-powerful Shaman King, while facing an adversary doomed for disaster.”

2021-08-01
Previous Post: The 9 Best Anime Games on PC
Next Post: 10 Dragon Quest games that would make an incredible animated series