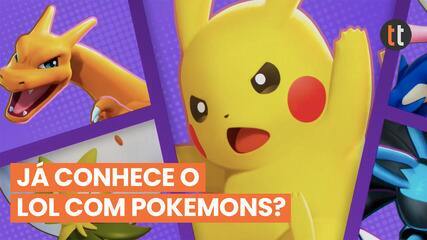 Anime games for Android phones and iPhone (iOS) are a good option for those who like games of this type and want to play on a portable platform. Among the options found is Bleach: Brave Souls, available both on Google Play Store and App Store and on PC (Steam) and which features 3D and online gameplay to take on other players.

Other examples are Dragon Ball Legends and Yu-Gi-Oh! Duel Links, inspired by classic Japanese designs. O TechAll Separate six anime games available for free download on your cell phone for you to enjoy. The titles were chosen based on popularity criteria in the app stores.

Dragon Ball Legends has been very successful with 50 million active users according to the developer – Photo: Playback / Bandai Namco

Created by Toriyama Akira and with more than 50 million users, Dragon Ball Legends is a mixture of RPG with fighting and card games, in which the player must make decisions during the fight to emerge victorious and advance in the story. Battles take place in real time, so the user can directly control their character to move, attack, or dodge.

Actions are also determined by a series of cards with energy requirements, which adds a strategic factor to battles. The design of Dragon Ball Legends honors the fighting style presented by the anime and enriches the online match experience. The title can be found on Android and iPhone (iOS) devices.

The card game brings back the classic characters created by Takahashi Kazuki and voiced by the original actors of the animated series. With three-dimensional graphics and eye-catching illustrations, Konami’s title also offers a simple and intuitive interface. The journey to building the best deck and defeating opponents is accessible to players around the world because it simplifies the rules of traditional card games.

Virtual reality “Duel World” aims to bring together the best duelists to compete. First, players have the option of playing as Yami Yugi or Seto Kaiba. As you win duels, other characters will unlock by defeating them. The game is available for Android, iPhone (iOS) and PC (Steam).

Inspired by the hit anime by Tite Kubo, Bleach: Brave Souls is an action game in 3D format with real-time combat. The game offers a story mode, simple and intuitive controls to play, a multiplayer mode and various combinations of characters. The game recorded more than 60 million downloads in 2021.

The objective of the game is to bring the characters together and build the team according to the needs of each mission to advance in the virtual universe of Soul Society. The title is action-oriented and sits very well in the anime universe, following the genre of old RPG games.

4. My Hero Academy: the strongest hero

My Hero Academy offers an experience that unites exploration and combat in Honei, the city of the work created by Horikoshi Kōhei. Inspired by the Boku No Hero Academia franchise, the game makes many references to the anime. The RPG gameplay offers virtual reality in which the user is responsible for a superhero agency.

The main objective of the game is to evolve the characters to keep the city safe from powerful baddies. With an agile combat system and remarkable storytelling, it is possible to collect multiple characters that are part of the original anime. It should therefore be noted that while it is not a prerequisite, the gaming experience can be much more fun if the player is familiar with the characters and their stories.

One Piece: Treasure Cruise is a free-to-play RPG-style game from writer Eiichiro Oda. The game relives the story of the pirate Luffy and his friends in the various sagas of the franchise. The gameplay features turn-based combat, in which the user controls the characters indirectly, anticipating their attacks by clicking on the screen at strategic times.

It should be noted that it is necessary to manipulate the abilities of each character according to the strengths and weaknesses of your enemy, and at a specific time. The game is available for iPhone (iOS) and Android phones.

Sword Art Online is an RPG-style adventure game in which the user guides avatar Kirito and his companions in turn-based duels and developing attack strategies. It is important to choose characters that have a very good synergy so as not to fail in the missions. Along with Basic Attacks, each hero has different abilities that increase the energy bar, allowing the player to perform even more powerful special attacks.

The mobile game offers the presentation of original anime content during matches, which allows the player to have a more intimate experience with the story, controlling their actions and interactions in the interface. In addition, it is also possible to check out new characters in each game mode, and choose them through the gacha system that has become standard in this type of game.