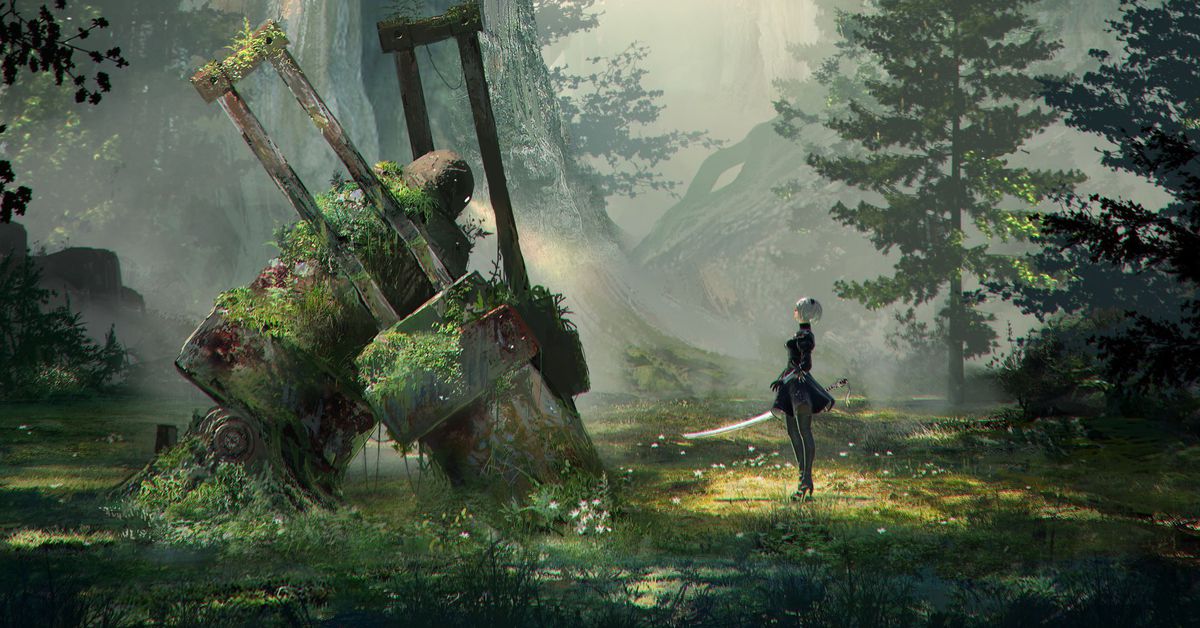 To deny: automatathe 2017 hit action-RPG directed by Yoko Taro and developed by Square Enix and PlatinumGames, is getting an anime adaptation.

Announced Wednesday by Square Enix during game’s fifth anniversary live stream, the anime television series will adapt the story of 2B, 9S and A2; three battle androids in the year 11945 AD have waged a relentless war against alien machines for the fate of humanity and whose lives are irrevocably changed by the discovery of a terrible secret.

The announcement featured a brief teaser trailer accompanied by key art featuring a katana-wielding 2B alongside his flying robot assistant Pod 042.

Everything that lives is designed to end.
We are perpetually trapped in an endless spiral of life and death.

While it’s unclear at this time who will be directing the adaptation, how many episodes the anime will have, and when the anime is expected to air, it appears that Aniplex, the production company behind anime such as Fullmetal Alchemist, Demon Slayer: Kimetsu no Yaibaand The promised never-never land is involved in the project.

In addition to his ballet swordplay, bullet shooting, and leather-clad androids, To deny: automatons (much like its 2010 predecessor) is known for its groundbreaking fourth narrative structure and multiple branching endings. How this new anime will iterate on this defining quality of the original game, if at all, is currently unknown. Perhaps the anime will take inspiration from director Yoko Taro’s penchant for mischief and devote an entire arc to reanimating the same events over and over again with minor (though consequential) differences, à la 2006. The melancholy of Haruhi Suzumiya?

In our review of the game, Janine Hawkins in 2017 described To deny: automata as “a game that is more than willing to make players feel small, both physically and conceptually”, and a game that “requires and rewards patience with its antics”.