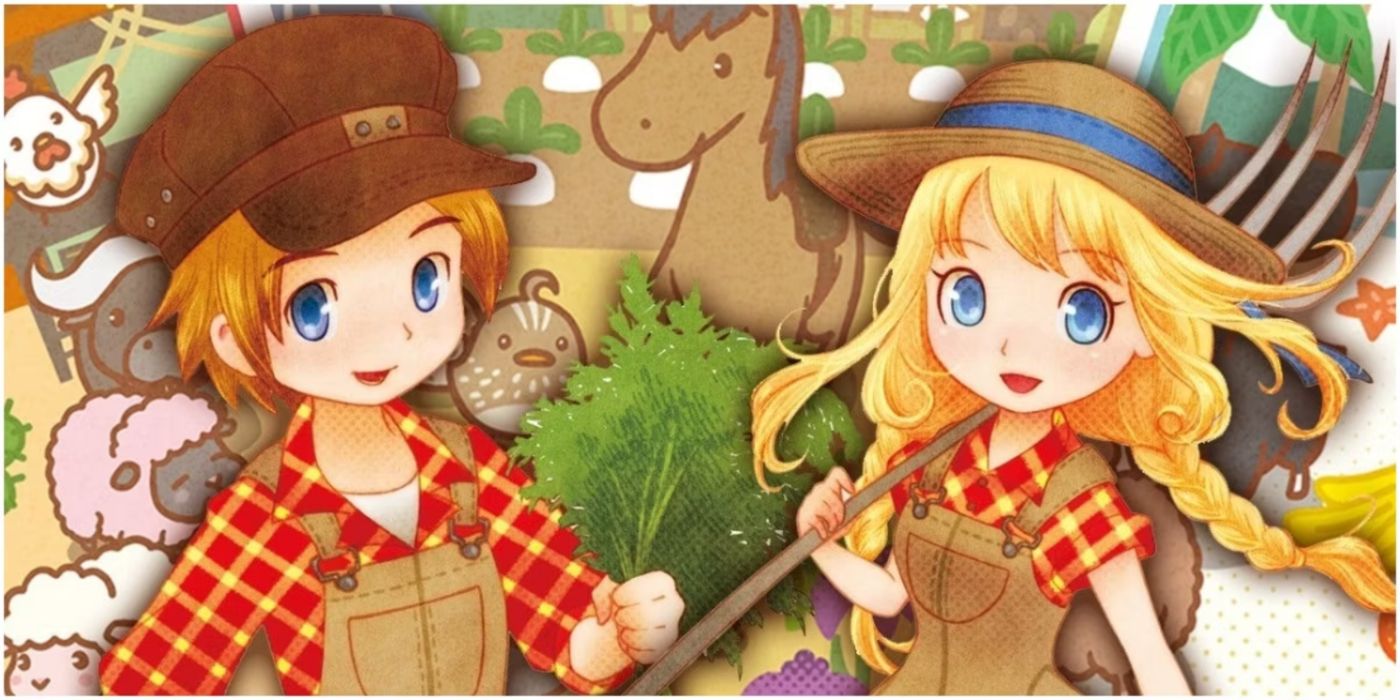 A lot of anime adaptations of video games tend to hit or miss, usually with more misses than hits. But there are a few video games that would be hard to go wrong with if translated into a TV series. These are the types of games that would work best squarely in the slice of life genre rather than action/fantasy.

The story of the seasons The franchise offers games that would fit nicely into a more casual anime genre. With its simple story, calming atmosphere, and cute characters, it’s hard to believe that none of these games have been adapted into anime yet.

What is the story of the seasons?

Known as Bokujou Monogatari (Farm Story) in Japan, story of the seasons is a farming simulation game series that was first released in the west under the title harvest moonwith the very first title released in 1996. After being acquired by another western publisher, from 2014 the franchise was renamed story of the seasons. Each game follows a city dweller turned farmer as he moves to an idyllic new town filled with friendly faces where he can potentially start a new life.

The game is also notable for its dating sim mechanicgiving it a more unique edge over other farming simulation type games which focus more on farming itself and lack the social aspects present in the story of the seasons franchise. Each game features a unique new town to live in with new characters to befriend and romance. The games are well known for their laid back tone, encouraging the player to play at their own pace.

Slice of life anime are known for their comfortable and welcoming atmospheres which present little or no conflict. Likewise, the story of the seasons the games offer very few major conflicts, and even when some do occur – like revitalizing towns or locating magical musical notes – the story still encourages players to play at their own comfortable pace. With quaint little towns, cute creatures and friendly faces, each game is a cozy getaway from the stresses that come with everyday activities.

If any of the games were to be adapted into an anime, it could easily follow the franchise’s core plot of a new farmer leaving town as he acclimates to his new surroundings. They are not here to save the world from great evil or travel across the continent to save doomed villages. They are there to farm, raise animals, make friends and maybe fall in love. It’s not a groundbreaking storyline, but it’s simple and comfortable enough to appeal to an audience that is looking for a relaxing sight to watch.

RELATED: Story of Seasons: It’s a Wonderful Life’s Best Feature is the one all Farmer Sims should adopt

Story of Seasons has a cast of lovable characters

Each story of the seasons The game features an all-new cast for players to get to know and befriend each other. The cast of characters that inhabit the town drives much of the game’s writing and story. As players get to know them, they unlock events that deepen their stories and their relationships with other characters. They’re all interesting on their own, and each game features a unique set of characters that fans are sure to grow attached to at the end of their game.

Much like the setting of the game, the character archetypes would fit perfectly into a cozy slice-of-life anime. While some characters are a little prickly, very few are downright malevolent. As most of the actors in the game are also romantic options for the player, they also feature attractive character designs. The animals in the game are also drawn in a cute and cuddly art style which may inspire many to want to try the simple farm life on their own.

The story of the seasons the games have a lot of qualities in their characters and playstyle that would translate very well to an anime format. But for now, anyone interested will have to stick with playing the games. The last installment for the series is Story of the Seasons: A Wonderful Lifea remake of Harvest Moon: A Wonderful Life, and should be released in 2023.