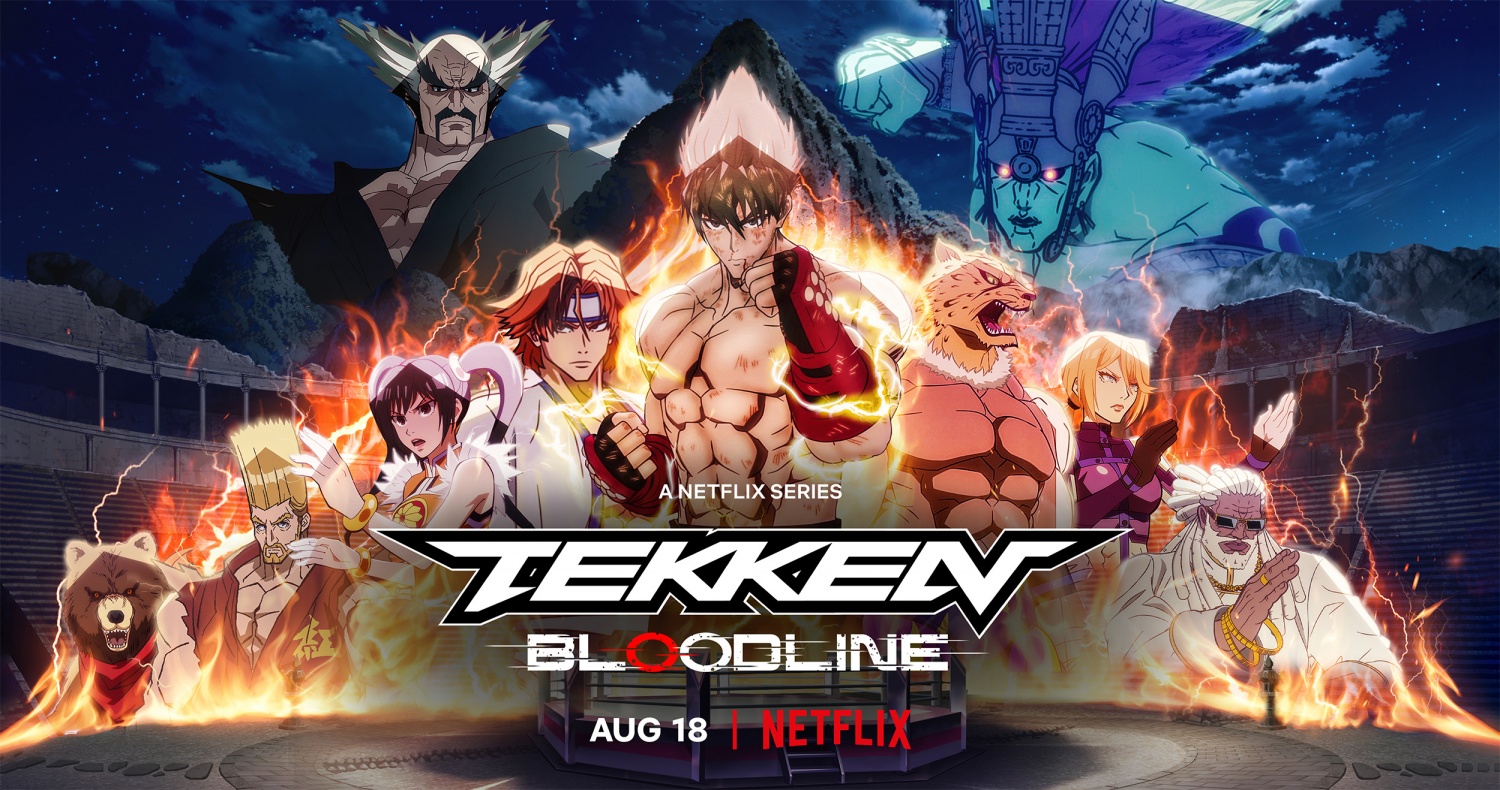 “Tekken: Bloodline” release date on Netflix: when is it? The anime series is coming soon!

The Mishima Corporation is coming to Netflix soon, and it’s through the new animated series, “Tekken: Bloodline”, which offers the world the inside story of the famous arcade video game. The series was first announced earlier this year, and now it’s set to release for the public, focusing on the well-known story centered around a blood feud.

“Tekken: Bloodline”: what is the Netflix release date?

“Tekken: Bloodline” is Netflix’s up-and-coming anime series, and it will focus on the story that the arcade video game revolves around, especially with the Mishima family dispute. It will also center on the main protagonist of “Tekken”, Jin Kazama, an illegitimate son of Kazuya Mishima, who is a known entity of the Mishima Zaibatsu Corporation.

Netflix Anime announced online that it recently dropped its official trailer and key art for the new series adaptation, giving audiences a fresh look at what to expect for the upcoming show. In the card, Netflix also included its arrival on the platform, and it will be on August 18, in less than a month, for the premiere of its series on Netflix’s online library.

Read also : Netflix overcomes significant losses, positive growth to come in the next two quarters of 2022

The official Tekken: Bloodline trailer is here! power is everything! pic.twitter.com/ehYyGpFm8q

What to expect in the “Tekken: Bloodline” series?

“Tekken: Bloodline” will focus on the game’s famous story, focusing on young Jin Kazama and his quest to join the Iron Fist Tournament and overthrow the Mishima Zaibatsu Corporation. Other important characters from the game franchise are also coming, including that of Heihachi Mishima, King, Paul Phoenix, Ling Xiaoyu, Nina, Kuma, and more.

“Tekken” and its importance in pop culture

Arcade fighting video games have been massive since then, and now it’s an evolved genre as people are already using it to compete in e-Sports experiences and tournaments available around the world. One of the most important titles for arcade video games and electronic sports is Bandai Namco’s “Tekken”, a famous game that has a massive story about its characters, making it an important franchise for everyone.

The latest game release in the franchise is “Tekken 7”, which was last released by the company in February 2015. There are DLCs and additional content released by the developers, but it’s been seven years since the last version of the game, and it screams a headline sequel from gamers and fans alike.

Even a proposed title that will pit two famous arcade games against each other, “Tekken vs Street Fighter”, is canceled by CAPCOM and Bandai Namco.

Despite the company’s lack of new games, an upcoming title in the franchise will appear on Netflix by August this year, and it will make the Iron Fist tournament and other in-game items available to everyone. For now, fans and enthusiasts of the famous game franchise must wait for the series adaptation of the title.

This article belongs to TechTimes

ⓒ 2022 TECHTIMES.com All rights reserved. Do not reproduce without permission.