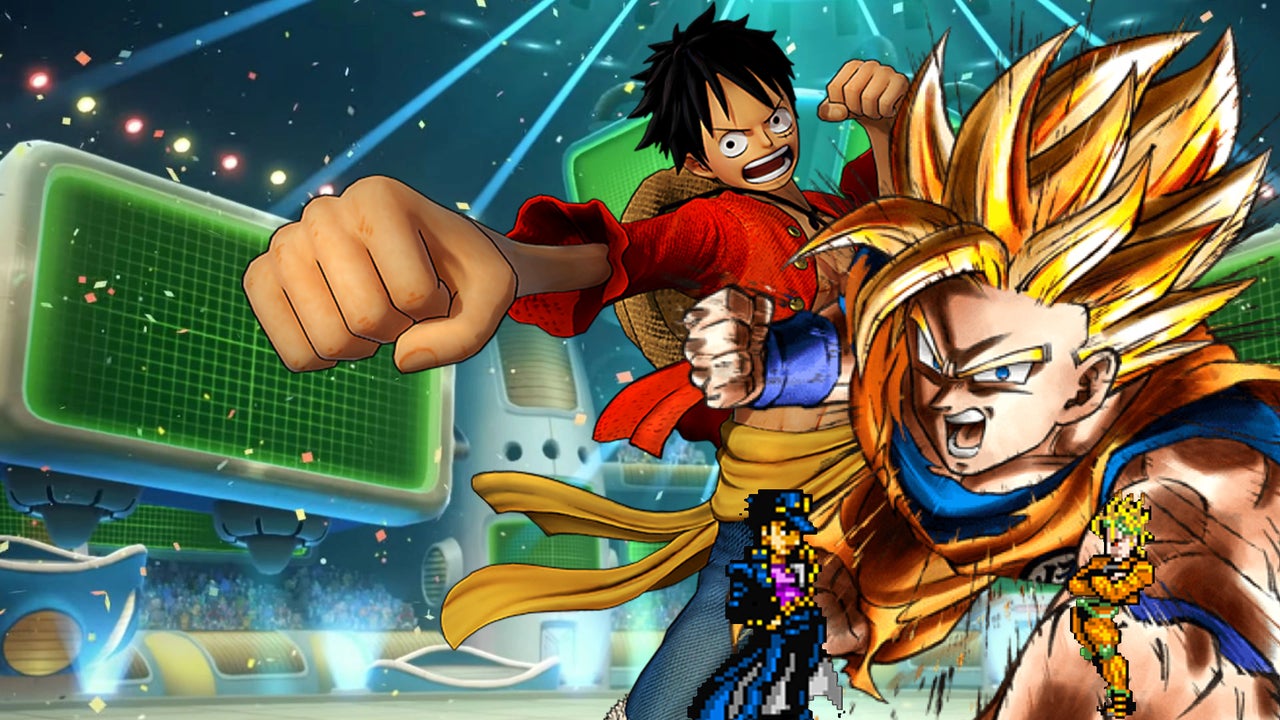 The 10 Best Anime Games of All Time

Anime-based games might not have the best track record when considered as a whole, but if you look beyond stacks of identical arena fighters and action game pools few deep, you’ll find a bunch of gems that successfully translate over anime or manga magic into video game form.

Attack on Titan 2 lets us play as a custom character joining the canon cast of Attack on Titan in their ongoing fight against the fearsome beasts. Attack on Titan 2 takes the foundation of the first game – literally as it features some of the same cutscenes and missions – but builds on the story in an interesting way. It might not be the prettiest game, but it’s definitely a fun way to revisit Attack on Titan’s story and lend a hand in slaying the series’ hulking creatures.

The DS was a surprisingly solid handheld for fighting games, and while you might not expect it, Bleach DS was one of the best. Bleach is tailor-made for a 2D fighting game, as each character has their own unique weapon, each weapon has a super-powerful form of bankai, and fights happen at an extremely fast pace. True to the series, Bleach DS characters have fast shunpo dashes that allow them to get up close extremely quickly and lead to super cool combos, some characters have transforming bankai that make them even more badass, and in addition to that, its detailed sprites do the show justice even on the small DS screen.

The manga series JoJo’s Bizarre Adventure has been around since the 80s, but hadn’t reached its peak of popularity in the United States until the anime adaptation that began in 2012. However, 14 years prior, gamers Arcade and Dreamcast owners had a taste of JoJo in the fighting game simply called JoJo’s Bizarre Adventure. Made by Capcom, it ran on the same graphics engine as Street Fighter III and featured a completely new and innovative combat system. The hook in Jojo’s Bizarre Adventure was Stands, cosmic/spiritual beings that were integrated into the fighter’s movement but could also be summoned as a separate entity. The whole thing was made more appealing by the many original artworks done by the manga creator, Hirohiko Araki. Although there have been many JoJo games since this one, this game is still one of the best when it comes to style.

When people talk about mecha, Gundam is usually the first thing that comes to mind. Gundam has a rich history in games, dating all the way back to the 80s on pre-NES consoles. In the early 2000s, however, Gundam games reached new heights with the debut of the Gundam Versus series. Gundam Versus games consist of 2 vs 2 battles in a fighting game combat system similar to the Virtual on series. The games have had many iterations, and one of the best was Mobile Suit Gundam Extreme Vs. Maxi Boost ON released for PS4 in 2020. In Maxi Boost ON you have the choice between a huge volume of Gundams from 5 decades of anime and manga. While the game has a simple but satisfying story mode, its multiplayer mode is where it’s at, which features fast-paced action that constantly has you dashing, jumping, and dodging your opponents’ attacks while trying to impose your own will on them. . The simple yet deep combat system is the reason why this series has survived 20 years after its launch.

Developer Omega Force has given the Musou treatment to a number of anime properties, but none have suited the genre better than One Piece Pirate Warriors, and Pirate Warriors 4 is the franchise’s latest and greatest. It would make this list purely for its fun core gameplay, which sees you literally moaning over thousands of enemies with iconic characters and special moves from the series. However, it’s also a surprisingly robust retelling of most of One Piece’s main arcs. While it’s hard to recommend as a substitute for watching all 900 episodes or reading 1000 manga chapters, it at least lets you relive many key moments in video game form.

In the early 2000s, street racing began to gain mainstream attention thanks to the first Fast & Furious movie. and the Initial D anime. A few years later, we got the world’s first Initial D Arcade Stage speakers. Using a physical card system, players can save their progress and, more importantly, their custom car to race with other players in person. In addition to some story elements from the Initial D series, Arcade Stage 8 Infinity’s music includes the ever catchy Eurobeat soundtrack that the anime is well known for and is still used in memes today. today. Small references to the source material in the courses and the cars themselves show just how much Sega has emphasized this arcade experience. Initial D Arcade Stage 8 Infinity shows how far the arcade series has evolved over the years.

Astro Boy is one of the classic anime franchises created by manga godfather, Osamu Tezuka. When the 2003 Reboot anime came out, there were two games created as tie-ins, one for the PS2 and one for the GBA. The better of the two was the GBA game Astro Boy: Omega Factor, which was a love letter not only to Astro Boy, but to many of Tezuka’s other works as well. Omega Factor had a beat em up + shmup combo that echoes the combat of the Mega Man Zero franchises while also tying into the shmup heritage of Treasure titles like Radiant Silvergun and Ikaruga, and the story is a mix of some of the story from the 2003 anime, some manga plots, and brand new tales. It is also strongly encouraged to play more than once in order to see its true ending.

One of the biggest shames in the world of anime/manga video games is that neither Jump Superstars, nor its superior sequel, Jump Ultimate Stars, ever made it outside Japan’s borders. It’s an anime fan’s dream game, one we still haven’t seen since, even though games like Jump Force and J.Stars Victory Vs. have tried. In 2006, Jump Ultimate Stars brought together characters from 41 different Shonen Jump manga into a Smash Bros.-like fighting game. for the DS, with 56 playable characters (although many characters were only slightly different variations of themselves). Players would build a “deck” of manga panels that would represent playable characters, assist characters, or supporting characters, leading to an insane amount of customization. On top of that, there was an excellent single-player campaign that constantly rewarded you with new characters to add to your deck. It also featured online gameplay and a combat system that did a wonderful job of bringing each character’s special moves to life.

The Naruto Ultimate Ninja Storm series is one of the best arena fighters around and Ninja Storm 4, with its additional expansion, Road to Boruto, is the culmination of the entire game series – as well as the story of Naruto – all in one game. It has over 100 characters to choose from and that’s not even counting the multiple iterations of some characters, and its gameplay is extremely accessible, making it a great competitive scene. . There have been many anime arena fighters, but nothing really comes close to what CyberConnect2 achieved with Naruto: Ultimate Ninja Storm 4.

It should come as no surprise that Dragon Ball FighterZ tops this list of best anime games, as it really checks all the boxes of what a video game adaptation of an anime game should be:

But then FighterZ goes above and beyond with a combat system that feels truly unique in a crowded space of 2D fighters. Its pacing is lightning fast, thanks to a universal super dash mechanic that allows any character to close the distance in a flash, as well as a vanishing attack that allows players to instantly teleport behind their opponent to continue a combo or catch their opponent off guard, in typical Dragon Ball Z fashion.

In the years since its release, FighterZ has only gotten better, with a ton of cool Dragon Ball Z DLC characters, clever gameplay tweaks, and the addition of a dojo to better help players understand its depth. It’s not perfect, but it’s still the best model of success for video game anime adaptations.

And that’s our list! And you know what, it actually wasn’t very easy to narrow down to just 10 choices. Newer games like Kill La Kill IF were discussed, as well as classics like Dragon Ball games Budokai and Tenekaichi, but ultimately, that’s where we landed. What are your favourites? Let us know in the comments.