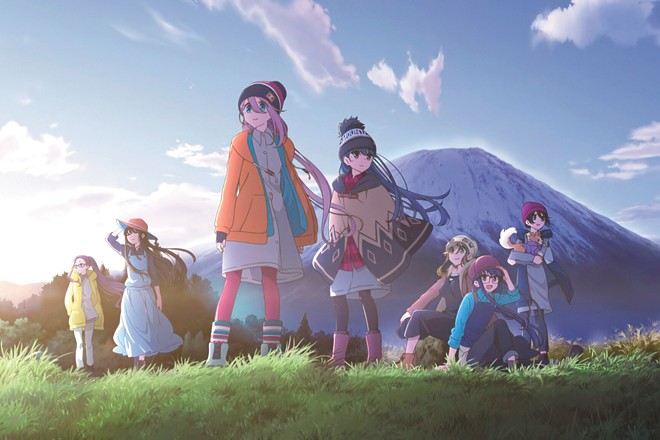 CUTE CAMP
I’ll be the first to admit I’m not a huge anime fan, but this adorably cool show about a bunch of high school girls at a camping club just might convert me. Relaxed camp is based on a blockbuster manga and its second animated season aired earlier this year. (Stream both seasons on Crunchyroll.) Fall under the umbrella of relaxing and “comfortable” media, Relaxed camp is a low-stake television that follows club members and friends as they travel to camp in beautiful settings in central Japan near Mt. Fuji. Each adventure includes elaborate and delicious fireside meals, a deep respect for nature, and lots of discoveries about cool camping gear. (CHEY SCOTT)

WHITE KNIGHT‘S WAKE JOKER
Batman is a threat. A thug. Just look at the heart-wrenching extrajudicial brutality, the collateral damage left on his rooftop car lawsuits, the way he sees himself accountable to no one. This is the case with many ironic cultural critiques of the Batman series. And this is a case presented, with surprising seriousness, by the Joker in Batman: white knight, a 2017 era comic book arc that relies on certain pharmaceuticals to turn the Joker into a fresh-faced Jack Napier, who swears his days as the clown prince of crime are over, and the Gotham Police Department should pay attention to the mastery of excess Batman. And you know what? The artist formerly known as Joker actually makes a lot of good points. (DANIEL WALTERS)

LALA LALA, I want the door to open. The Chicago singer-songwriter opens up new booming and burgeoning sonic realms, aided by friends like NNAMDÏ and Death Cab for Cutie’s Ben Gibbard.

BILLY BRAGG, The million things that never happened. On his 10th studio album, the folk activist from firebrand turns to an empathetic vessel with tunes like “I Will Be Your Shield”.

THE WORLD IS A BEAUTIFUL PLACE AND I AM NOT AFRAID OF DYING ANYMORE, Illusory walls. Atmospheric post-rock band Epitaph was clearly named pre-2020. (SETH SOMMERFELD)