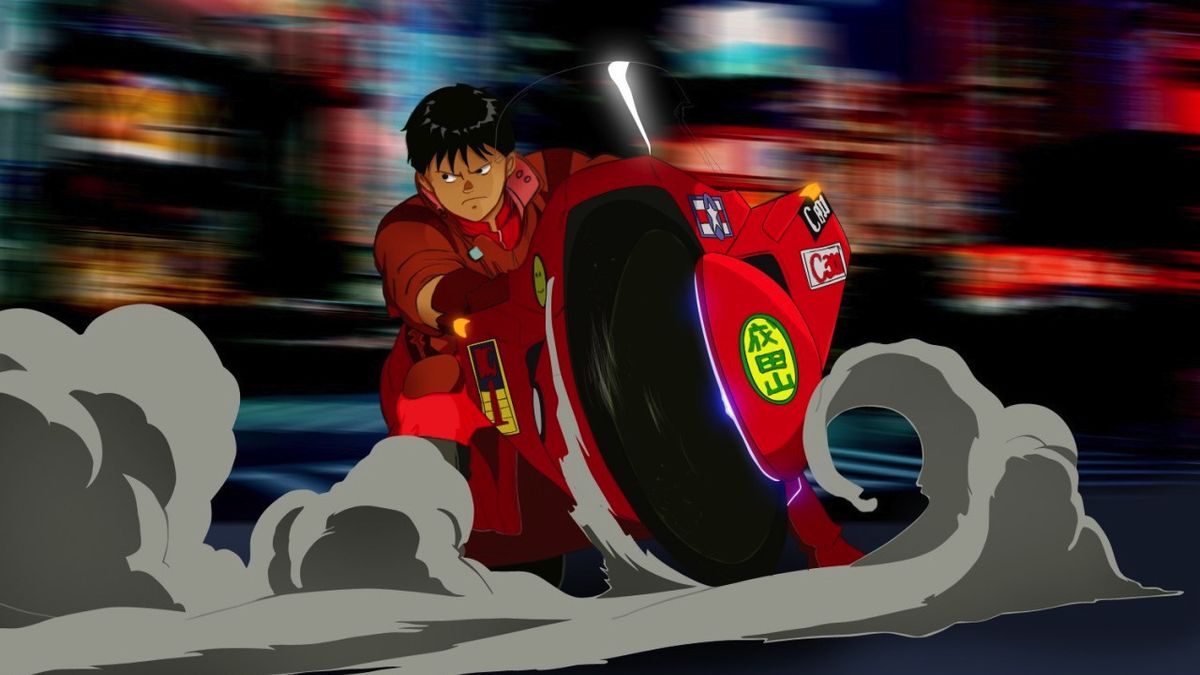 The best animated movies – like every other movie – are the ones that make us laugh, cry, and scream in excitement when we can tell that something big is about to happen. But there’s also something inherently unique about the anime, a certain flair that you can’t find anywhere else. Make no mistake, the influence of Japanese animation on pop culture is more widespread today than ever (if not more since the medium’s explosion in mega-popularity in the 90s). In 2019, Netflix is ​​expected to launch a new original series, 7SEEDS, and add giant favorite robot, Neon Genesis Evangelion, to its vast library.

To celebrate, we’ve put together a list of the best animated movies you should watch, whether you’re entering this world for the first time or are a longtime otaku. Below you’ll find a wide selection of movies, from age-old classics to modern-day masterpieces, along with places you can watch them right now. So pop a bag of popcorn, style your blue hair into insanely impractical shapes, and enjoy the best animated movies ever.

Released in the West around the same time as Ghost in the Shell, Ninja Scroll is a sleek, hyper-violent flurry of exaggerated battles and geysers of blood. Ex-ninja Jubei is forced under death threat by a Tokugawa spy to hunt down and defeat Kimon’s Eight Devils, each with their own set of mystical powers. In an hour and a half, Jubei fights a guy whose skin can turn to stone, a naked snake woman, a guy who can blend in with shadows and a woman who plants gunpowder in people’s bodies and use them like living time bombs. Ninja Scroll is relentless and requires a strong stomach, but it’s a film whose influence is still felt in modern action movies around the world.

When anime first established itself in the West, it was all about giant robots, sexy ninjas, and a hyper-violent spectacle. Wolf Children is the opposite, showing just how wide and varied the stories the anime tells can be. In this modern fairy tale, college student Hana falls in love with a charismatic man who turns out to be a werewolf. Hana gives birth to two children and struggles to raise them (if you are a parent who has ever felt your child to be essentially a wild animal wearing human clothes, you will understand). The film is a gentle, if at times heartbreaking, portrayal of what it’s like to be a mother struggling to be a good parent and being a child struggling to find her place in the world.

Where to watch: HIDIVE (subscription required)

Many of the films on this list are here because they are landmark films for their directors, or because they significantly advance the art form of Japanese animation. Patlabor is just a good movie made by a bunch of talented people, including future Ghost in the Shell collaborators Mamoru Oshii and IG Tatsunoko (the first name of the production company that would become Production IG). Set in the distant future of … uh, 1999, Patlabor’s harsh sci-fi crime story explores the connection between humanity and technology, and how we approach law enforcement in the age of technology. ‘automating. Plus, this movie features giant robots with a shovel, and they fight a whole lot. It’s really cool.

Where to watch: TubiTV (free with ads)

Halfway between Mad Max, Wacky Races, and the pod racing scene from Star Wars: The Phantom Menace, Redline is a movie that will have you gasping and laughing in equal measure when you ask, “Are they coming.” really to do that? Set in the distant future, the story centers on “Sweet” JP, a human man with style, flair and a truly obscene pompadour hairstyle. He’s entered the galaxy’s most infamous underground race – the titular Redline – alongside a colorful cast of aliens, cyborgs, baddies and weirdos. Oh, and while this is all happening, there are subplots about an interstellar warfare, secret bioweapon experiments, and a Mafia boss secretly manipulating the race. Saying a lot more would spoil the adventure, so trust us when we say this is all very, very extra, but also very, very fun.

Where to watch: HIDIVE (subscription required)

Vampire Hunter D is often considered one of the first animated films specifically aimed at older audiences, and its success paved the way for many entries on this list. It’s a slow, haunting burn that follows the titular, monosyllabic vampire hunter as he helps and protects a young woman from a demonic threat. Watching the movie, it’s easy to see how it paved the way for people like V for Vendetta and even Castlevania. Featuring the brooding character design of none other than Final Fantasy concept artist Yoshitaka Amano, Vampire Hunter D is a grim glimpse into the maturing of anime as a true theatrical art form.

Where to watch: Crackle (free with ads)

Warning: do not watch this movie while intoxicated. You might go crazy trying to figure it out. In Paprika, there is illegal technology that allows a user to view and interact with a person’s dreams. As with any morally questionable scientific revolution, things go wrong. It’s nearly impossible to discuss Paprika without spoilers, but we’ll just say it features some incredibly trippy visuals, shocking twists, an emotional boost, and more of a case of direct face fusion. Paprika shows how anime can bend the rules of animation or just break them.

Where to watch: Funimation (subscription required)

Studio Ghibli commissioned director Mamoru Hosoda to make Howl’s Moving Castle, but fired him after rejecting his initial concepts. Hosoda then turned around and directed The Girl Who Leapt Through Time, a bouncy and inventive comedy-drama that’s as entertaining as it is thought-provoking. Based on a novel by Yasutaka Tsutsui, the film follows high school student Makoto Konno as she learns that she has the power to literally jump in time. First of all, she uses these powers to get good grades, but she quickly learns that her actions have consequences. It’s a wildly imaginative slice of life, and marked the emergence of an important voice in animated films.

One of the most critically acclaimed films from Studio Ghibli and director Hiyao Miyazaki, Princess Mononoke is a stunning film set in feudal times in Japan that mixes multiple points of view, starring man versus nature, man against man, man against himself and man against spirit demon tentacled boar. It’s an awesome and epic adventure, dark and menacing one moment, light and joyful the next. Unfortunately, no Studio Ghibli movies are currently available to stream online, which means you’ll have to buy or rent a copy (your local library can be a great resource for that) if you want to watch. But if you haven’t seen this classic yet, don’t worry – your efforts will pay off.

Since the release of his first short film Voices of a Distant Star (which he wrote, directed and hosted on his own for seven months), Makoto Shinkai has been described by several critics as the next Hayao Miyazaki. With his latest film Your Name. (yes, the period is part of the title), Shinkai finally comes out of the shadows and finds his own voice. Describing it as a simple body swap movie does him a terrible disservice, as he finds the humor and humanity in a situation where two young high school students find themselves in each other’s shoes. But then Shinkai pulls the mat under you halfway and your name. becomes a whole different kind of film. The fact that he doesn’t lose his footing or confidence and instead discovers continued meaning and purpose shows that Shinkai is a leading force to be reckoned with.

Hiyao Miyazaki, co-founder of Studio Ghibli, is perhaps second behind Walt Disney in terms of cultural relevance and global recognition in animation, and Nausicaa of the Valley of the Wind is where it was made. to know. Nausicaa’s story follows the eponymous young woman as she navigates a post-apocalyptic future where venturing outside of small population centers means having to deal with giant bugs and deadly miasma. Here you will see a lot of what would become Ghibli’s branded themes in full screen; humanity, community, mortality and environmentalism converge, accompanied by lush hand-drawn animation and swashbuckling action. Again, you won’t find this movie on any streaming service, but it still deserves a permanent place in your home.