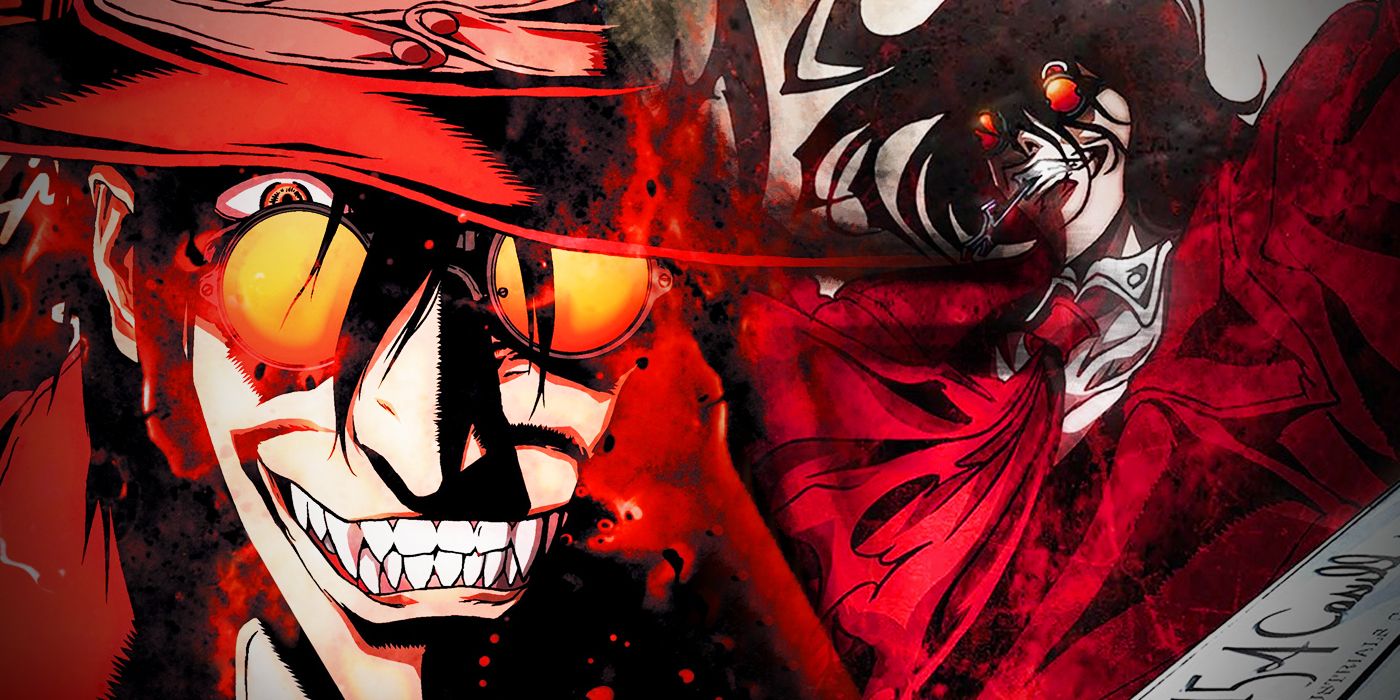 The Hellsing Anime Series vs Hellsing Ultimate OVA: which is better?

Horror anime fans will have at least heard of it Hellsing, especially if they are fans of Team Four Star on YouTube. The series received not one but two animated adaptations, each with their own strengths and weaknesses. But which of the two is the best adaptation? Some fans say the original Hellsing, citing a better pace. Others argue that Ultimate Hellsing is superior thanks to its updated animation and more closely following the original plot of the manga.

The first anime adaptation, also called Hellsing: Impure Souls, lasted 13 episodes and was released between October 2001 and January 2002 by Gonzo. While the series features the same characters and environment that the manga focuses on, the story is interwoven with several uniquely animated subplots. The biggest gaps start around Episode 8, as the manga wasn’t finished yet. The story begins to focus on a vampire named Incognito, who comes from the “dark continent” – possibly Africa – and uses magic to try and achieve his goal of summoning a demon called Sett. The anime is very popular for its music, very inspired by jazz. For the English dub, Crispin Freeman provides the voice of Alucard, and it’s very clear that he enjoys the role.

One of the biggest weaknesses cited by fans is its animation. It takes a very dark tone with its style, and while the animation isn’t the worst ever on TV, it’s not the best either. The sets don’t really stand out and the characters are sometimes drawn inconsistently. Colors can also be very dull and sometimes washed out. Moreover, the plot is not the strongest; he attempts to mount a grand conspiracy of Round Table members who work alongside the Hellsing Organization. However, given that the producers had nothing to do after Chapter 12 of the manga, their attempt to end the series consistently should be commended. At the time of this writing, the series stands at a 7.5 / 10 on MyAnimeList.

Ultimate Hellsing is quite the opposite in terms of animation quality, with more vivid colors and more consistent color palettes. With 10 episodes lasting around 40 to 60 minutes, it is faster than its counterpart, with each episode corresponding to roughly every volume of the manga. For this reason, the pace is deemed too rushed by fans and critics. The series was released on OVA from 2006 to 2012. It was produced by Geneon and three animation studios contributed to the series: Satelight for episodes 1-4, Madhouse for episodes 5-7 and Graphinica for episodes 8 -10. Crispin Freeman reprized his role of Alucard, as did many of the original voice actors for the English and Japanese dubs, adding a sense of nostalgia to fans of the 2001 anime.

RELATED: The Vanitas Case Study And The Alluring Gothic Horror Story From The Anime

Sadly, two of the OVA’s biggest weaknesses are the way it handles its filler content and Alucard’s overkill. While the character writing is excellent, many say that the fights between Alucard and his opponents happen quite quickly and in a stagnant fashion. Another cited downside is the plot involving a certain group of German soldiers and the way they plan to attack London using an army of vampires, werewolves, and Schrödinger’s cat. While this adaptation takes direct influence from the manga, these complaints are correct in and of themselves. This adaptation currently has a 8.3 / 10 on MyAnimeList.

So what is the best adaptation? It depends on what you are looking for. The 2001 series is ideal when you want to spice up your Halloween party and just want something in the background. It has a great soundtrack and the voice acting is better than most anime of the time. On the other hand, if you prefer something closer to manga, you’ll want to watch the OVA. Both are entertaining in their own way as long as you don’t take them too seriously. It’s a show about a vampire causing death and mayhem and laughing manically, after all.

Molly Kishikawa is an American artist living in Japan. Since Sailor Moon originally aired on Toonami, she has been a huge anime fan ever since. Living in Japan for two years, she has seen firsthand how the country perceives anime and manga. She also enjoys video games, Dungeons & Dragons and J-Rock.

2021-09-04
Previous Post: Pokemon Evolutions Anime Series in progress by OLM Studios
Next Post: 10 animated series that would benefit the most from a spin-off, and if