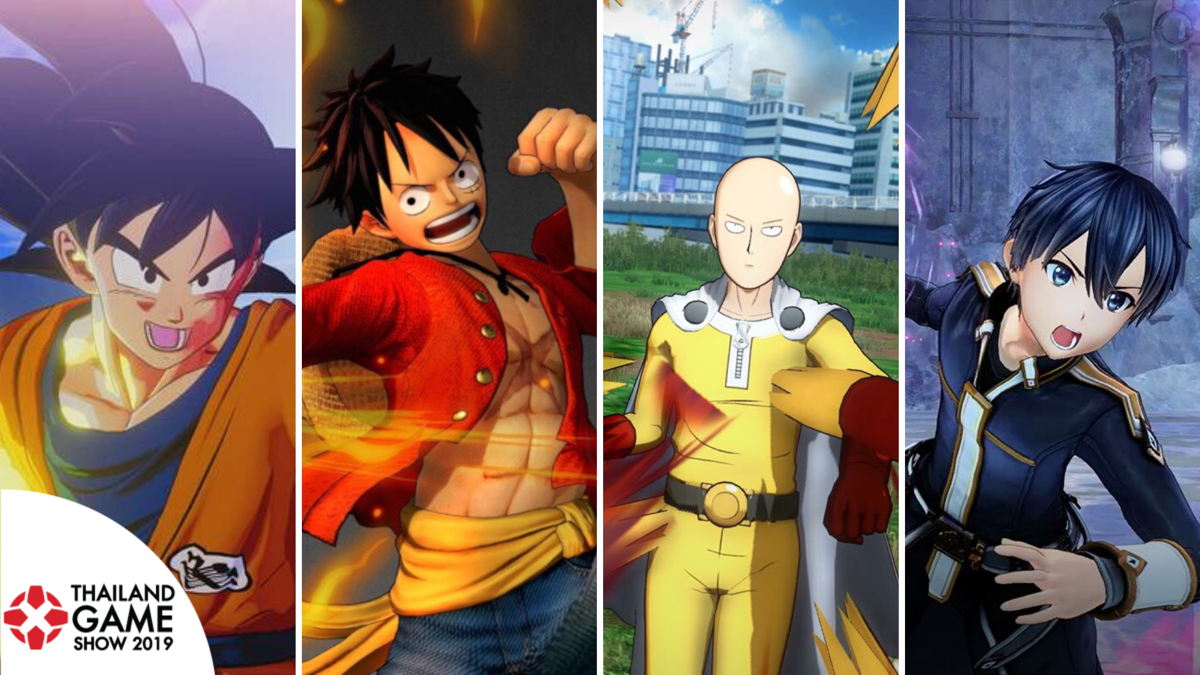 Anime fans will always have a mixed bag when it comes to video game adaptations of their favorite franchises. More often than not, many of these shonen anime end up being adapted for fighting games and nothing else.

Fortunately, Bandai Namco, the publishers of the world’s most popular animated video games, have turned the tide by adapting these franchises to other genres of video games.

For 2020, some of the best anime are getting some pretty interesting video games. We’ve tried a handful of them and here are our thoughts.

This is perhaps the most exciting of the bunch of a brand new Dragon Ball Z action RPG, it comes with an open world and a bunch of side quests.

Historically, this is nothing new; the game appears to cover the main story arcs of the original version of Dragon Ball Z.

While the name of the game is Kakarot, which is Goku’s birth name, that doesn’t mean he’ll be the only playable character.

Series favorites like Gohan, Trunks, Vegeta, and Piccolo will be playable in parts of the story, with supporting characters like Krillin, Yamcha, and Tien providing supporting roles.

The short demo we played at the Thailand Game Show 2019 featured the final fight between Teen Gohan and Cell.

In terms of control, the game is very similar to other Dragon Ball 3D fighters like Xenoverse and Budokai Tenkaichi. What makes it different is the way the enemies fight.

Enemies act more like bosses in Nier Automata. They have great health bars, combat phases, and even hell-type attacks that fill the screen with lasers and energy balls.

If you’re looking to take a trip down memory lane in a whole new light, then Dragon Ball Z: Kakarot is a great way to do it.

A Dynasty Warriors style beat-em-up is perfect for the One Piece franchise, which is why we’re getting a fourth Pirate Warriors game in 2020.

Using the Straw Hat Pirates to beat up thousands of morons is a recipe for fun, and this fourth installment doesn’t change the main gameplay.

Instead, what’s added are the new story arcs for the anime and manga, and the appropriate new playable characters from the associated arcs.

Unlike Koei Tecmo’s main Dynasty Warriors line, Pirate Warriors gameplay is beefed up due to the fun art style and how each character is unique with their distinct abilities and skills.

Characters usually have a combo by mixing light and heavy attacks, four special skills, and a transform. Luffy, for example, can transform into his muscular Gear Fourth form.

The demo we played featured a battle on Whole Cake Island between the show’s staple characters, Monkey D. Luffy and Roronoa Zoro, and newcomers Carrot and Ichiji Vinsmoke, as playable characters.

The new enemies in the series are giant enemies that in the demo come in the form of Big Mom and X Drake as boss-like characters who will attack the player at the end of a level.

Overall, Pirate Warriors 4 is more or less the same, but it’s a fun time nonetheless.

Sword Art Online is well suited for video games, given that the anime itself is set in an MMORPG.

That said, the game is an action RPG, in which you’ll use the main character Kirito and up to three party members.

Even if you have four characters in your party, you can only switch between Kirito and another member. The other two characters are controlled by the AI.

Sword Art skills can be accessed by pressing the right triggers, with a multitude of spells available on the left trigger.

While the game is pretty good, it doesn’t hold the candle like Dragon Age Inquisition or Ys VIII, which this game definitely takes inspiration from.

One Punch Man: a hero no one knows

Oddly enough, this new One Punch Man is the only new anime fighting game released from Bandai Namco in 2020 so far, and yet it’s the most fitting.

The premise of One Punch Man is that the titular hero can beat any enemy with a single punch, which is a common joke in the series as he beats the goal of being a crime fighter.

So how does gambling mitigate this? The main character, Saitama, has his own timer and he can only join the fray after around 120 seconds.

The game features 3v3 battles, similar to Marvel vs. Capcom 3. If you have Saitama in your party, the other two members will have to hold out against the three opponents until One Punch Man arrives.

If you have played the Naruto Ninja Storm game series, you will feel right at home with A Hero Nobody Knows.

It might not be as deep as Dragon Ball FighterZ, but it’s definitely the One Punch Man game fans deserve.

There you go, Bandai Namco’s list of new anime games awaits you in 2020.

So far, only Dragon Ball Z: Kakarot has a solid January 16, 2020 release date. The other three are not expected to release until 2020.