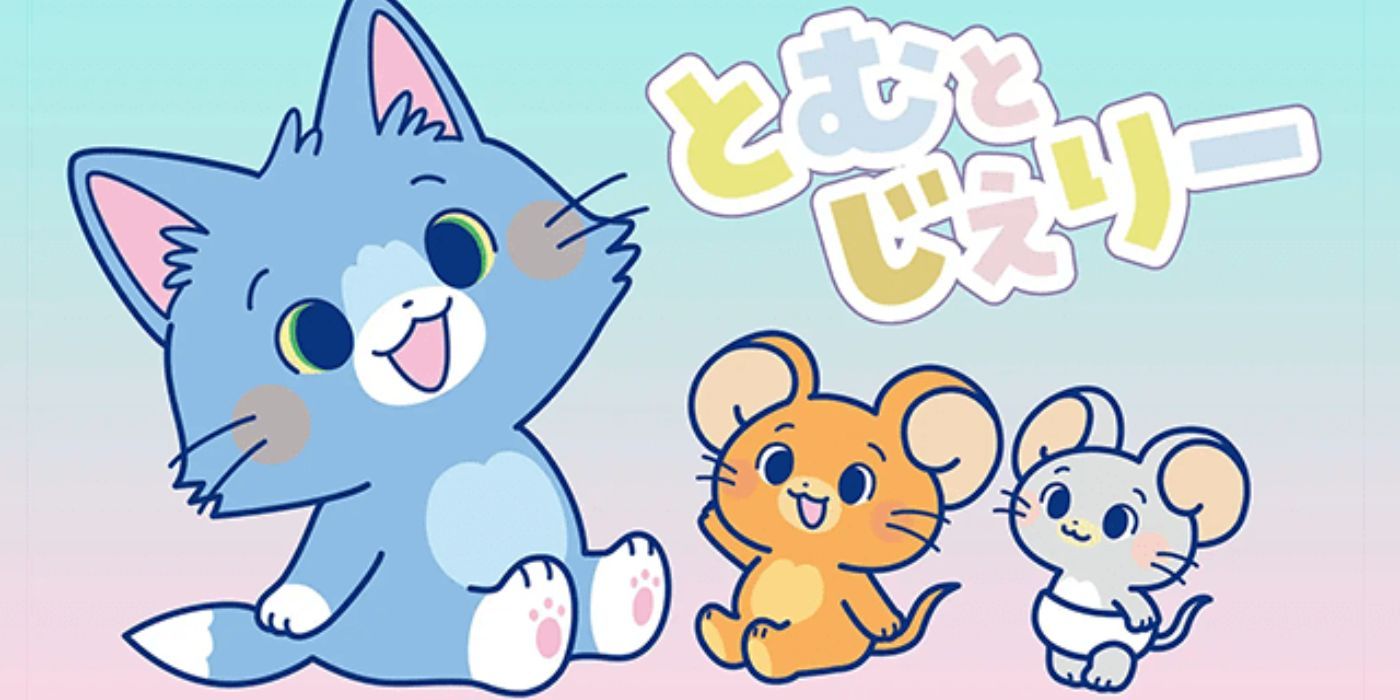 Tom and Jerry are known for their violent rivalry, but the cat and mouse are getting a very cute makeover in a series of new shorts airing in Japan.

The iconic cat and mouse duo Tom and Jerry are getting a makeover, turning them into kawaii/cute versions of themselves.

Cartoon Network Japan has launched a new anime series of shorts with the revamped looks of the Tom and Jerry characters, as reported SoraNews24. This not only includes the titular characters, but also Tuffy joining the cast. The producers describe the shorts as “Adding a touch of kawaii to the fast-paced, humorous movement of the good-natured fights that Tom and Jerry always engage in.” the original Tom and Jerry the cartoon seen on Cartoon Network will always air in addition to the kawaii version.

In honor of Japan’s “Cheese Day” holiday on November 11, Cartoon Network Japan aired seven hours of Jerry-centric cartoons. All of the characters have a rounder, softer look with slightly muted colors compared to the original Cartoon Network releases. The title has also undergone a change to fit the more adorable vibe. Rather than writing Tom and Jerry’s names in katakana, which is normally done for loanwords and foreign names, hiragana is used to write their names to make them visually sound sweeter.

The age-old antics of Tom and Jerry

Created in 1940 by William Hanna and Joseph Barbera, Tom and Jerry revolves around the rivalry of a cat named Tom and a mouse named Jerry. Tom constantly tries to capture Jerry and always fails as Jerry outsmarts him every time. The cartoon uses a variety of violent cartoon gags with Tom often trying to use traps and explosives to kill Jerry while Mouse tries to cut Tom in half or electrocute him. When not trying to kill each other, Tom and Jerry have been able to put aside their differences to work on a number of different tasks together.

The cartoon produced a total of 164 shorts from its inception until 2014. Tom and Jerry originally ran 114 shorts from 1940 to 1958 under Hanna-Barbera before the MGM studio closed. The series returned with Gene Deitch as director for 13 more shorts from 1961 to 1962. Chuck Jones and Les Goldman worked together to produce 34 more shorts from 1962 to 1967. Barbera worked on two more one-off shorts between 2001 and 2005 before his death in 2006. A live-action hybrid called Tom & Jerry: The Movie released in 2021, marking it as the second Tom and Jerry theatrical film.

The adorable animated version of Tom and Jerry airs on Cartoon Network Japan with no plans to air it in other countries at this time.