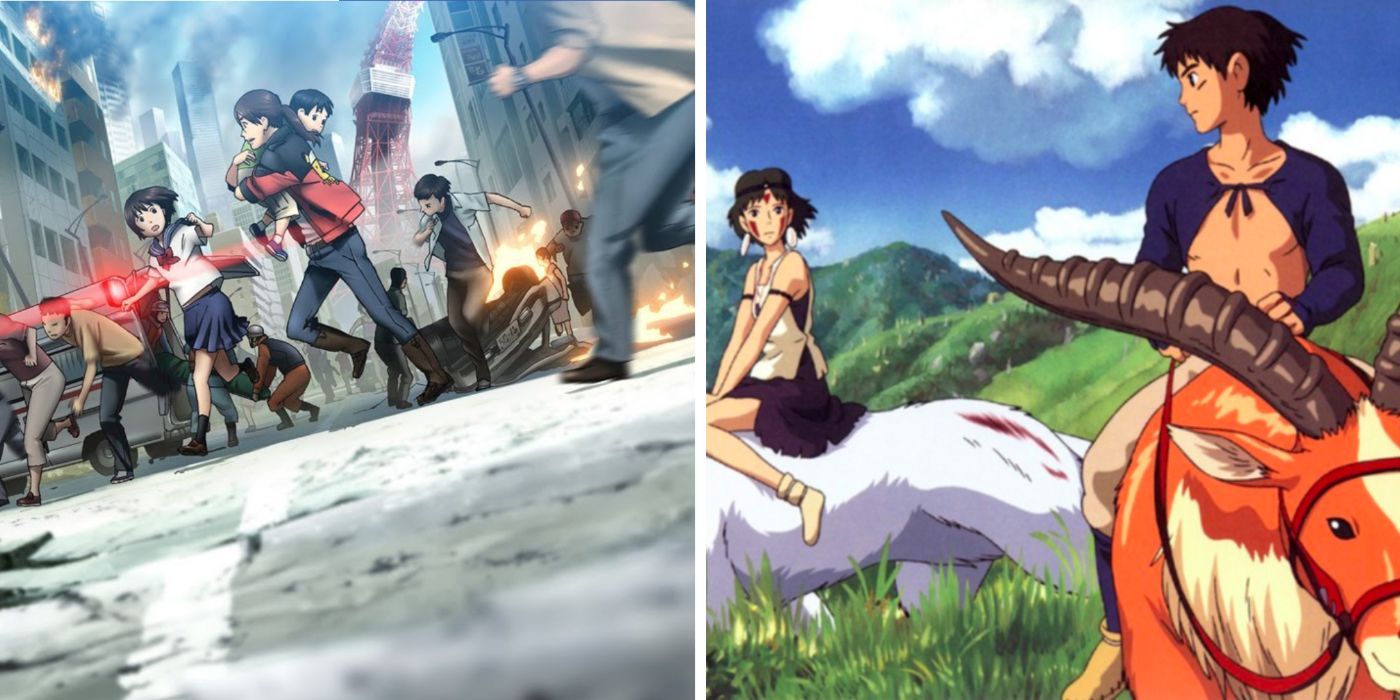 “Man vs. Nature” is a literary conflict that occurs when a character has to deal with things beyond their control in the world. Some examples of these conflicts include storms, wild animals, and disease/plagues. This type of conflict may be rare in the anime community, but if fans look closely enough, they can find it.

Although sometimes things in anime can be a bit over the top. So the “Man versus Nature” conflict in the anime may be more than it implies. Even though this conflict is a rare find in the anime scene, there are several amazing anime series fans who should check it out at least once in their lifetime.

With only a few anime that feature natural disaster, Japan sinks 2020 is the one that really tugs at the hearts of fans. In this series, the Mutou family leads a peaceful life until the day when a giant earthquake shakes Japan, causing the entire country to be wiped out. After the terrible earthquake, society collapsed and the country is slowly sinking into the ocean. The Mutou family survives the initial disaster, but now they must struggle to stay alive in this near-apocalyptic Japan.

A nuclear meltdown creates a huge disaster in Tokyo during the series Coppelion. 20 years after the nuclear accident, Tokyo has become a ghost town due to dangerously high radiation levels.

One day, however, a distress signal is received from this area, so the special unit known as Coppelion is sent to search for the signal and any survivors who may be inside the city. This special unit is made up of three high school girls who are able to withstand the high level of radiation without any protection.

8 In 7 Seeds, a group of gifted children are put into cryogenic sleep before a meteor wipes out all of humanity

In this animated series available on Netflix, the world was hit by a giant meteor that wiped out all living organisms, including mankind. The government, which foresaw this destruction, came up with the 7 SEEDS plan. In this plan, the government formed seven teams of five gifted children and put them into cryogenic sleep in hopes of perpetuating humanity in the future. When these teams finally wake up in this cruel world, they must find a way to survive.

After a virus called “Medusa” begins to spread across the world and turn its victims to stone, a group of individuals are randomly chosen to be cryo-persevered until a cure can be found. found. An unknown number of years pass, and these chosen individuals find themselves awake in a bed of thorns. Once awakened, these survivors find themselves attacked by unknown creatures and monsters. Without any knowledge of what happened to the world, these individuals must now find a way to survive.

The world will never be the same after a DNA experiment with plants goes horribly wrong. These mutated plants destroyed the moon and spread all over the Earth to destroy all human civilization. The surviving humans, however, maintain an untrustworthy truce with the forest. One day, a young boy named Agito comes across a girl named Toola who has been sleeping for 30o years. This girl then reveals that in order to destroy the forest, they must activate her father’s ultimate weapon.

5 Somali To Mori No Kamisama features a world not ruled by humans, but rather wild creatures that will hunt down and eat humans

In this anime, the wild animal concept of human vs. nature conflict is taken to another level. The world is ruled by demons, cyclops and other dangerous creatures while the human race is a minority.

RELATED: The 10 Most Anticipated Slice Of Life Anime Of 2020

Angry, the human race starts a war but it is quickly wiped out and the remaining humans are hunted down and eaten as a delicacy. One day, a protector of nature, Golem however finds a human child and embarks on a journey to find his home and his parents.

4 Dr. Stone shows the consequences of humanity when a blinding light turned all of humanity into statues of stone

the anime Dr Stone is a prime example of a conflict between man and nature with some of the anime magic involved. In this series, all of humanity was suddenly turned into stone statues by a blinding flash of light. Several millennia later, a boy named Taiju wakes up in this world of statues and he is not alone, his friend Senkuu has been awake for months. Senkuu reveals that he has been working on a plan to revive civilization with the use of science.

3 A family must find their way together after a giant earthquake destroys Tokyo at Tokyo Magnitude 8.0

Tokyo Magnitude 8.0 is the perfect example of a “Man versus Nature” conflict without the use of any anime magic. In this anime series, during summer vacation, Mirai takes her younger brother Yuuki to a robot exhibition. However, during the exposure, the city is hit by a fury of earthquakes. These powerful earthquakes completely destroy the city, so now Mirai and her brother have to cross the destroyed city to find their family with the help of a single mother named Mari.

Studio Ghibli films often revolve around themes of environmentalism so many of their films have the conflicts of man versus nature. In Nausicaä of the Valley of the Windthe company caused a huge ecological disaster and most of the cities were swallowed up by this disaster.

RELATED: Studio Ghibli: 10 Things That Make No Sense About Nausicaa Of The Valley Of The Wind

A millennium later, most of the Earth is uninhabitable due to the mushroom forest releasing poisonous spores. Nausicaä a young princess has learned the truth about this forest and is trying to convince all civilizations of this truth.

In this popular Studio Ghibli film, Prince Ashitaka finds himself in the middle of a war between the gods of the forest and an iron village. After saving his village from a demon god and being inflicted with a deadly curse, Ashitaka leaves his village to find a cure. During his journey to find a cure, he discovers a forest filled with animal gods who are threatened by Lady Eboshi, the founder of Iron Town who wants to destroy the forest for her iron. It is then that Ashitka finds herself in this war between the gods and the village.

NEXT: 10 Times An Anime Made You Question Society

2022-03-31
Previous Post: 10 romantic animated films to watch
Next Post: One-Punch Man season 3 – everything we know about the animated series