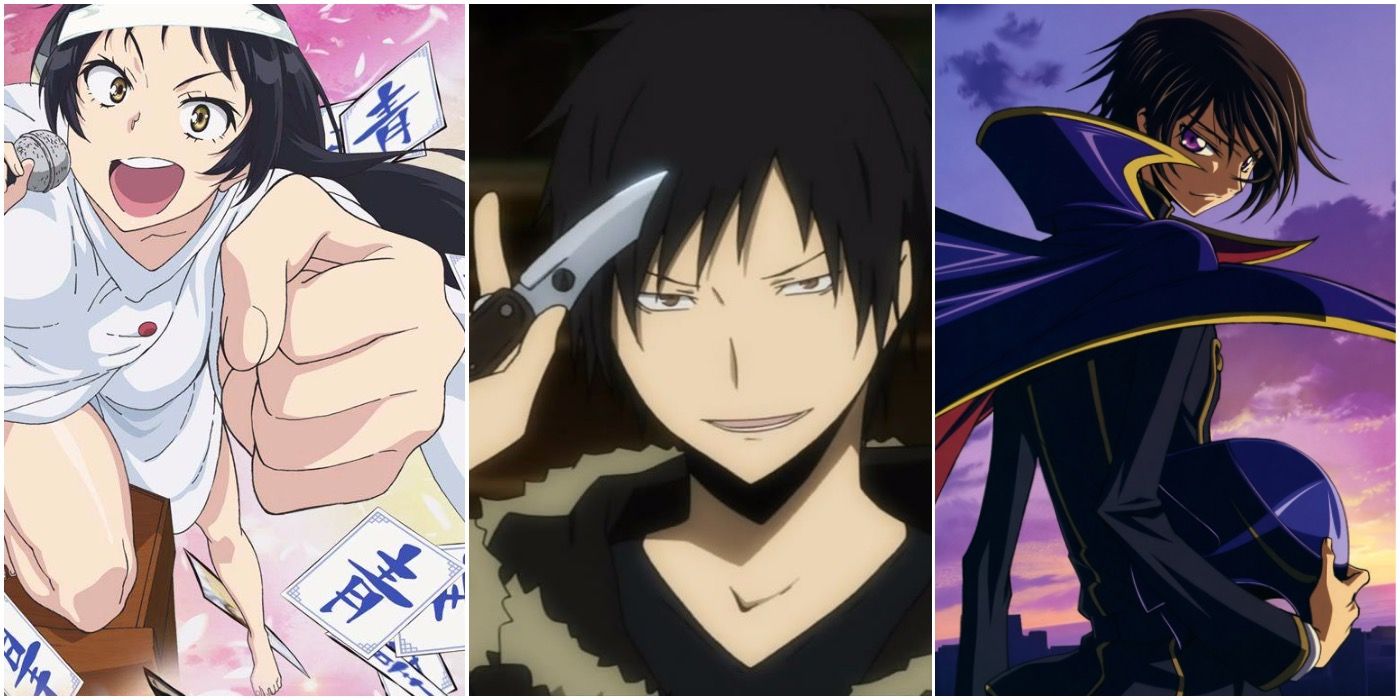 The dramatic structure of all narrative fiction rests on the existence of a robust and engaging conflict. These conflicts are characterized by a struggle between two opposing forces; a hero working towards his goal, and something or someone trying to stop the hero from achieving his goal. However, a conflict does not necessarily require the character to fight against a clear physical enemy.

In the human vs. society type of conflict, his nemesis is represented by an entire societal structure, the government or a traditional cultural doctrine. When people find themselves excluded from their society or their values ​​cease to align with their larger social group, opposition mounts. Inspirational underdog stories of heroes fighting against corrupt and reactionary regimes are very prominent in anime, exploring the courageous rebellion of a single human against a much more powerful system.

People can feel compelled to oppose societal norms and rebel against the system for many different and understandable reasons. In the case of Terror in Resonance protagonists, their traumatic past as victims of secret human experiments leads them down the path of terrorism.

Nine and Twelve, the sole survivors of a cruel attempt to turn children with Savant Syndrome into human weapons, create Sphinx, a terrorist organization threatening to destroy Tokyo, to expose the inhumane deeds of Rising Peace Academy. With no intention of harming anyone, the boys become Tokyo’s most wanted criminals due to their actions.

9 Texhnolyze features one of anime’s most complex dystopian narratives

Texhnolyze is a definitive series for the underground cyberpunk anime scene. Although the series’ cryptic narrative can be difficult to understand, it has a lot to say about the conflict between the individual and the collective. Texhnolyze takes place in a dystopian underground city of Lux, a terrifying place overrun by gangs and poisoned by inequality.

The series’ protagonists, Ichise, a former boxer horribly maimed by his boss, and Yoshii, a clever traveler from the outside world, can’t settle for Lux’s current command, always looking for something more.

Eastern Eden is an intriguing series that manages to squeeze a lot of creative and exciting ideas into its short 11-episode run. The series follows the aftermath of a bizarre encounter between a light-hearted college student, Morimi Saki, and Takizawa Akira, a mysterious man suffering from amnesia.

Despite the plethora of quirks related to Akira, who believes himself to be a terrorist and has 8.2 billion yen in an online bank account on his phone, Saki decides to unravel the mystery of the man’s identity, accidentally getting involved. in an orchestrated game of death regarding the fate of society.

7 Durarara!! Is a show about outcasts and the conflicts they face coexisting within society

The bizarre and convoluted structure of the plot makes Durarara!! an incredibly entertaining series. It explores myriads of various societal and psychological topics. One of the anime’s central themes focuses on how society’s outcasts interact with the system that ostracizes them. This human vs. society conflict is prevalent in most characters in the series, both heroes and villains.

Durarara!! deceptive protagonist, the silent high school student, Mikado, turns out to be the leader of the anonymous online gang Dollars. On the other hand, the series’ iconic villain, Izaya, constantly disrupts the structure of society through manipulation due to his obsessive love for humans.

6 OreGairu hero excludes himself from teenage fantasies of ideal youth

Human versus society conflicts in anime come in a variety of forms and are not limited to large-scale confrontations between a single person and the entire world. OreGairuknown in English as My Teen Romantic Comedy SNAFUexplores a more grounded and personal case of a hero standing against societal norms and expectations.

The series’ protagonist, Hachiman Hikigaya, has been bullied and banned in the past, which has made the boy cynical and socially distant. He believes that the ideal of youth is an illusory farce, opposing those who mistakenly believe in their own meaning.

5 Shinsekai Yori uncovers the lies of a seemingly utopian world

Many fictional societies that pose as idyllic utopias hide myriad twisted secrets, helping them maintain a peaceful facade. The world of Shinsekai Yorior From the New World, consists of people with unique psychic abilities. When superhumans started appearing all over the world, society collapsed into chaos.

To bring peace to the remnants of people, the government has put in place many cruel screening systems, evaluating people through the educational process and eliminating potentially dangerous members. When the series’ protagonist, an ordinary schoolgirl Saki, discovers the secrets of their society, she is faced with a dilemma between continuing to live in a world of lies or fighting back.

4 Code Geass is the story of a single man staging a rebellion against an all-powerful empire.

In the universe of Code Geassthe world is divided between three supernations, the European Union, the British Holy Empire and the Chinese Federation.

Traumatized by the ruthless crimes of his father, the exiled British prize, Lelouch is seized with a vengeance. Vowing to defeat Britannia, Lelouch obtains the power of Geass, a supernatural ability that allows him to control people’s wills. With newly acquired help, the British heir begins to execute his deep plan for revenge, rebelling against the entire world as Zero, a terrorist vigilante leading the movement against the power-hungry occupiers.

Sometimes even those directly involved in government action can become the system’s greatest enemies, forcing them to reevaluate their past beliefs and actions. Jin-Roh: The Wolf Brigade is set in an alternate 1950s Japan, recovering from the aftermath of World War II.

The story follows Fuse Kazuki, a member of an elite counter-terrorism police unit. After Fuse fails to carry out the order to shoot a young girl, who shortly afterwards blows herself up, he is reprimanded, becoming an enemy of the police force and reconsidering his previous perception of the system.

Despite its dramatic premise, the human vs. society conflict doesn’t have to be exclusively dark and serious. Shimoneta: A boring world where the concept of dirty jokes does not exist gives the trope a comedic twist while remaining an engaging study of censorship, taboos, and their connotations in traditionalist societies.

The name perfectly explains the principle of the series. In the world of Shimoneta, the Japanese government has banned immoral behavior. In this oppressive environment, Ayame Kajou retaliates by creating an organization called SOX, which disseminates obscene material and promotes public indecency.

Omnipotent governments controlling their citizens through manipulation and misinformation are a staple of the dystopian genre. Nonetheless, no anime depicts the conflict between an all-powerful authoritarian system and the truth-seekers who rebel against it better than Psycho Pass.

The show takes place in a futuristic Japanese society controlled by the Sibyl System, a biomechanical network that continuously assesses each citizen, scanning their level of potential danger to society. In a world where every would-be criminal is executed, a righteous young detective Akane Tsunemori slowly realizes the corrupt wickedness of the Sibyl System, struggling with its shifting perspective of justice and freedom.

Batman’s Greatest Fear Is His Allies Adopting His Worst Traits

2022-04-04
Previous Post: Top 10 Man Versus Supernatural Anime Series, Ranked
Next Post: Every detail on the best animated movies of all time!