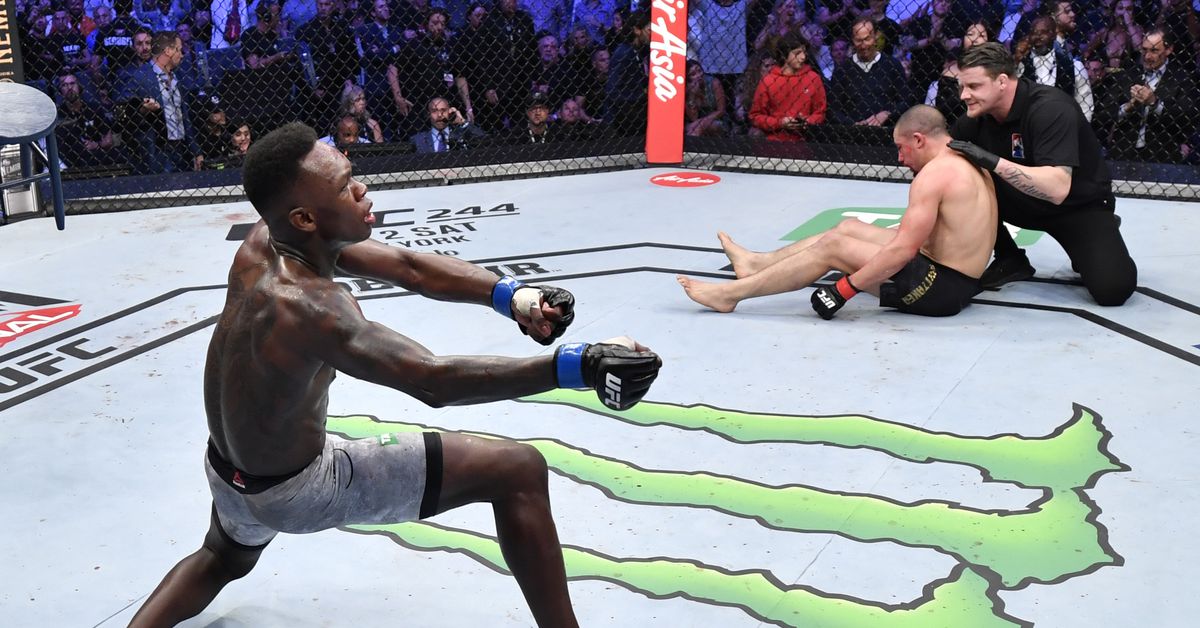 UFC middleweight champion Israel Adesanya isn’t afraid to show the world how much of an anime geek he is. The 21-1 fighter has shown it throughout his run in the UFC with carefully placed tributes to the franchises he loves.

In the cage we saw references to the Naruto and Death Note series. And Adesanya’s nickname is a nod to the original Nickelodeon series Avatar: The Last Airbender.

Adesanya recently revealed that he was able to take his fandom to a whole new level, booking a gig to provide a voiceover for an animated series on Netflix. Check out Adesanya talk about this opportunity below:

Adesanya provided the English dub version of Chamomile Lessen’s character on the Hanma Baki – Son of Ogre series, which is the sequel to the Baki series. Baki and Hanma Baki are both adaptations of the Baki the Grappler manga series.

The Baki franchise follows the character of Baki as he travels the world training in different styles of martial arts with the goal of becoming the greatest warrior on the planet. This formation leads Baki into an underground combat arena.

Hanma Baki – Son of Ogre was released on Netflix on September 30. The character of Adesanya is featured in all 12 episodes of the series.

Adesanya’s last appearance in the Octagon was at UFC 263 in June, where he beat Marvin Vettori to defend his 185 lb title. Adesanya has been flawless in his middleweight MMA career. The only flaw on his record is a loss to Jan Blachowicz for the UFC light heavyweight title at UFC 259 in March.

Adesanya’s next opponent is believed to be Robert Whittaker, the man he beat for the belt in 2019.

2021-12-04
Previous Post: 10 classic anime series we thought we loved until we streamed them
Next Post: 5 new animated series in January 2022 that you must watch